Another week has slipped through our fingers, meaning it’s time for the stats roundup.

There’s lots more in the trusty Internet Statistics Compendium of course. Check it out for further facts and figure

Our friends over at SEMrush have just published new research on Google’s Accelerated Mobile Pages (AMP). It covers the adoption rate and common implementation mistakes.

The study, which included 300+ publishers in eight countries, found that only about 30% of publishers have adopted AMP and 73% of those have failed to implement it correctly.

There’s more on the SEMrush blog.

Brand loyalty in the UK

Does brand loyalty exist in today’s frivolous digital age? Apparently so, according to new research from Sodexo.

It surveyed 7,000 UK consumers to find out which brands they are most loyal to, with Samsung and Apple coming out on top. Marmite was third, even though it’s disgusting.

According to the study, the secret to loyalty is high quality, closely followed by good value for money. Fewer than a fifth of the UK’s small businesses are correctly optimised for mobile, according to new research from PayPal.

The survey of 2,000 UK business owners found that a third of respondents (33%) said they don’t need a mobile site as they ‘do well enough as it is’.

However the same study also includes a survey of 2,000 consumers, which found that 30% of Brits expect to use their smartphones to shop more often in the next 12 months, rising to 44% for those aged 16-25.

Mobile devices are already central to today’s shopping experience with six in 10 (59%) millennials browsing for new purchases on their smartphone every day.

Tell your story in two-seconds

This is probably the stat of the week – online ads will now be over and done with in just a couple of seconds.

Marc Pritchard, chief brand officer at P&G, told an audience an Association of National Advertisers conference that the days of 30-second online ads were over. The data shows that average viewing time is just 1.7 seconds and only 20% of ads are viewed for more than two seconds, so P&G plans to cater to that trend.

New research from Civica has found that just 12% of UK citizens are aware of what GDPR is, despite it coming into force next May.

Other interesting stats from the study include:

To learn more about how GDPR will impact marketing, head over to our hub page.

Quarter of people in UK have used a voice assistant

An IPA survey of 1,001 people in the UK found that 26% of respondents had used a voice assistant such as Siri or an Amazon Echo.

However 54% of people said they hadn’t used a voice assistant and are not interested in doing so as they don’t see how they might benefit. The research also found that 29% of people are put off by having to speak out loud to the assistants.

For more on voice assistants, read our article detailing what Paddy Power learned from building an Alexa skill. How many influencers does one need?

The answer is 198. That’s the number of influencers that Nissan works with as part of its marketing activity, while keeping tabs on 600 in total.

The automotive brand revealed a lot of other useful stats during a talk at the Festival of Marketing – read my write up for more.

This week Econsultancy published the Modern Marketing Model, otherwise known as M3. Okay, this isn’t really a stat, but it does have the number three in it.

Read Econsultancy founder Ashley Friedlein’s explanation of why this new model is needed and how it sets out a new unifying framework for modern marketing. 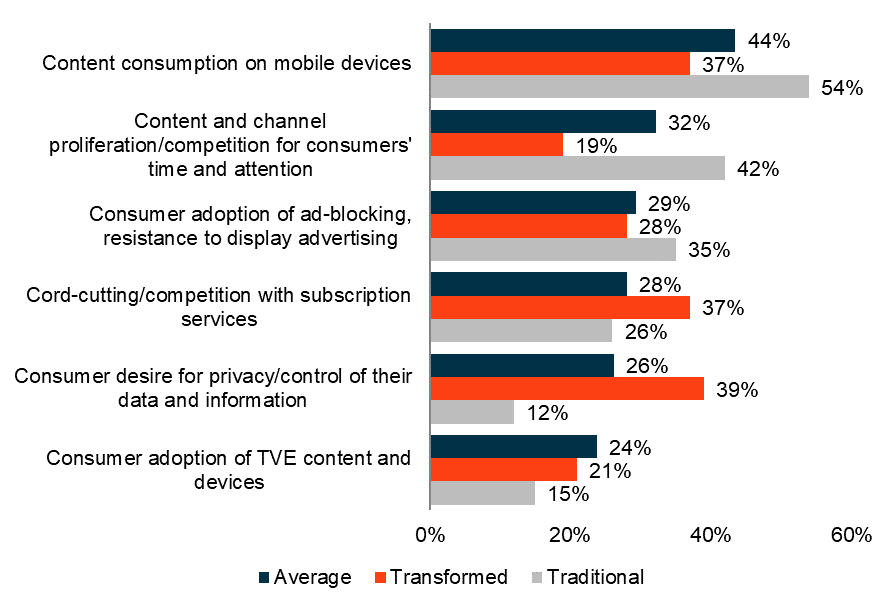