Ready for the mother of all stats roundups?

You better be, because this week it includes news about online retail sales, video views, Instagram advertisers and robots running the high street. That’s right, robots.

If that’s not enough to tickle your fancy, you can check out the Internet Statistics Compendium for more.

Online retail sales are up 15% while smartphone growth slows

According to the latest figures from the IMRG Capgemini e-Retail Sales Index, UK online retail sales were up 15% year-on-year in February.

With tablet growth also remaining low at 3.5%, a sustained slowdown through this channel could potentially impact growth rates for online retail overall.

Instagram has just announced that it has more than doubled its amount of monthly active advertisers in the past six months. Growing from 500,000 last September, it now with an advertiser base of 1m.

Furthermore, there are now more than 8m businesses using a business profile on Instagram, with the greatest adoption coming from the US, Brazil, Indonesia, Russia and the UK. Survey data from SaleCycle has revealed that 74% of online retail visitors who add something to their cart will leave without following through on the purchase.

In terms of retail categories, health and beauty currently has the lowest abandonment rates of 68.2%. In contrast, consumer electronics has the highest with a rate of 78.8%.

Overall, 34% of people are said to abandon their baskets because they are ‘just browsing’, while 23% might have an issue with shipping. New data from Klarna has revealed that retailers who fail to provide consumers with a quick and easy returns service risk losing a large proportion of their customer base.

In a survey of 2,000 UK consumers, 83% of online shoppers said that they would never shop with a retailer they have had a bad returns experience with in the past. Similarly, 77% believe UK retailers need to improve their returns capabilities, while 28% said they have been put off returning items due to foreseen hassle.

With online shoppers reportedly returning 10% of goods they buy online, and 40% deliberately ordering multiple items to send back what they don’t want, it is vital for retailers to improve returns processes in order to capture long-term loyalty.

The Video Monetisation Report by FreeWheel has revealed that 2016 was a pivotal year for premium video consumption.

The report states that content views rose by 26% from the previous year, with ad views up by 24%. Similarly, huge global events like the Rio Olympics and the Presidential election boosted video views, contributing to the general growth of popularity in live video content in the US.

Meanwhile, as news and sport content enjoyed major growth across the pond, entertainment reigned supreme in Europe, with 93% of ad views being based on this content, as opposed to 46% in the US.

90% of UK agencies expect to increase turnover in 2017

New findings from BenchPress suggest that, despite uncertainties over Brexit, a massive 90% of creative and digital agencies in the UK expect to increase their turnover in 2017.

While 84% of agency owners were against Brexit, 52% have yet to notice any knock-on effect on their businesses following the referendum in June 2016.

29% have experienced clients cancelling projects because of uncertainty around Brexit, while 11% have instead recorded increases in overseas work as a result of the devaluing of the Pound.

A new report by Mindtree suggests that 78% of shoppers over the age of 55 are apprehensive about new retail technologies like automation, artificial intelligence and robotics infiltrating the high street.

In contrast, 51% of shoppers between the ages of 16 and 24 are comfortable with the idea of automated technologies in stores.

Additionally, the study – which involved a survey of 2,000 consumers in the UK – found there are differing opinions between genders, with 44% of men happy with a robotic shopping experience compared with just 30% of women.

Only a half of charities have a digital strategy in place

The Charity Digital Skills Report has revealed that many UK charities are still struggling to get to grips with digital transformation.

From a survey of 500 charity professionals, 50% said they do not have a digital strategy currently in place, and only 9% said they have been through digital transformation. When it comes to the biggest barriers, 57% of charities cite a lack of the right skills and 52% say a lack of funding.

It’s not a case of disinterest, however, as 75% of charities think growing their digital skills would help them increase fundraising.

From a survey of 1,000 shoppers, Savvy found that 66% of respondents will be getting involved with Mother’s Day this year, with 26% planning to spend more than they did in 2016.

Despite spending more, there seems to be some negativity surrounding the type of gifts on offer. 54% of shoppers agree that Mother’s Day products presented in retail stores are ‘boring and lack inspiration’. Consequently, 45% of shoppers plan to purchase presents online – an increase of 7% on last year.

Finally, 36% desire a wider range of gifts to suit different budgets, while 38% of shoppers want more gift ideas and inspiration from retailers. 44% of advertisers are considering in-house solutions

ISBA and Oliver have conducted the first-ever UK survey on advertisers’ use of in-house and on-site agencies.

The findings show that advertisers are now seeking closer relationships with fewer suppliers, as just under half of brands are now considering establishing an on-site or in-house capability.

Lack of speed appears to be one of the main reasons for this, with 68% of marketers expressing frustration over the time it takes external agencies to make decisions or turn around briefs. In contrast, this figure drops to 8% for on-site and 20% for in-house agencies. 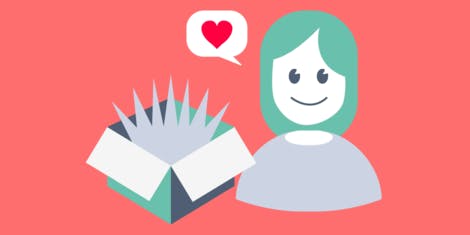 It’s easy to say you’re customer centric, but you have to show it.

‘Customer experience is king’ was the key message I took away from Retail Week Live 2017. Here are some of the highlights from the brands that presented.

Oh March, a month so non-descript that pancakes are about the only source of excitement. Plus, the clocks went forward – that’s bound to have gotten you all aflutter.

It’s time to reward yourself, so sink your teeth into this week’s roundup, which includes news about mobile consumers, post-Brexit prices, and media regulation.

Premier Inn is currently the world’s strongest hotel chain, according to a new ranking by Brand Finance.

Based on the analysis of marketing investment, equity, and the impact of these on business performance, Premier Inn was given a BSI (Brand Strength Index) of 88.7 out of 100, beating rivals such as Holiday Inn and Hilton.