These campaigns not only drive footfall to restaurants, but also help to increase brand loyalty and engagement.

We’ve put together ten examples from across the world where McDonald’s has succeeded.

McDonald’s used to be all about the food, but in 2018 it chose to focus on strides in customer experience, highlighting how the brand is making it easier for everyone in restaurants.

The campaign is made up of three different ads, called ‘Hands Full’, ‘Grownup’ and ‘It Must Be’. Each one shows a different in-store innovation, including the McDonald’s mobile app, in-store order screens, and table service.

Part of McDonald’s aim was to change perceptions (and highlight innovation), making it a story-driven and highly engaging campaign that targeted families in particular.

It’s not difficult to identify those Golden Arches, which is perhaps why McDonald’s felt confident enough to release a bold and unbranded campaign in 2017. Called ‘Search It’, the ad saw actress Mindy Kaling urging viewers to do a Google search for “that place where Coke tastes so good.”

The ad’s aim was to highlight how young people find information today, with the aforementioned Google search results bringing up a hub for the campaign videos (and ramping up search mentions for the brand).

McDonald’s held its first ever Facebook Live event in 2016, in honour of ‘National Hamburger Day’ in the US. Mimicking the style of Bob Ross (the American painter and TV host), it saw the comedian “Bevin Burger” paint a trio of burger-inspired portraits.

Previously, McDonald’s had shied away from live-streamed videos for fear of criticism or lack of engagement on social. However, users clearly lapped up this comedic effort from the fast food chain. According to AdWeek, the video reached 884,300 people in 40 minutes, and recorded 43,200 engagements or likes, comments and shares. 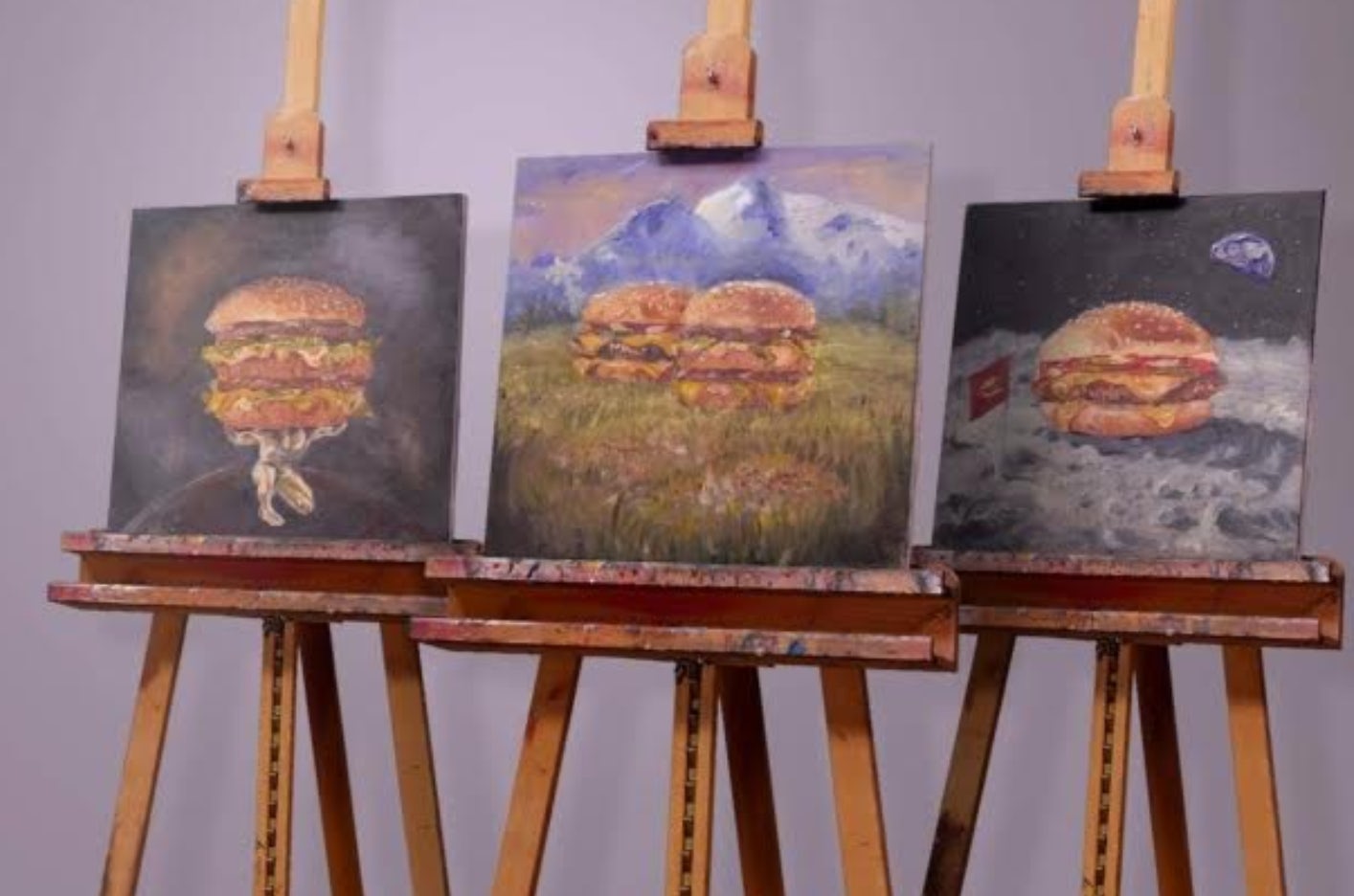 The Big Mac turned 50 years old in 2018, leading McDonald’s France to honour the iconic burger in a retro-themed print and digital campaign. The creative – which showcases iconic looks from throughout past decades – highlights how fashion, technology and politics have continually evolved, while the Big Mac has remained the same.

The campaign also included other digital elements, including retro Snapchat filters, and interactive social media content asking users what they looked like during their formative years.

Back in 2015, McDonald’s used influencer marketing to dispel myths about the way its chicken nuggets are made.

The brand brought in YouTube star Raphael Gomes to create a ‘What’s in McDonald’s Chicken McNuggets?’ sponsored video, including the hashtag #GoodToKnow. The video has racked up 176,683 views to date – which is not bad considering ‘influencer marketing’ was still in relative infancy at the time.

Alongside this, the brand also released the ‘Always Working’ TV ad, highlighting changes that have been made to the Happy Meal over the years, including 47% less salt in the aforementioned nuggets.

People in Australia, and probably elsewhere in the world, were growing increasingly worried about mass-produced food and its potentially dubious origins in 2013.

As a result, McDonald’s launched the ‘TrackMyMacca’s’ app, which used augmented reality to show people where various McDonald’s items come from.

Users had to simply scan a McDonald’s product, and the app was able to access data from the brand’s supply chain to identify the source of the ingredients for that particular product. Nifty.

McDonald’s ran an ad during the Super Bowl in 2015, letting people know that random customers would be able to pay for burgers with ‘loving gestures’ instead of cash if they ordered at certain times.

“Your total is one big family hug,” says one server. “Ring your mum and tell her you love her,” says another. You get the picture.

The brand also offered product giveaways via Twitter during Super Bowl ad breaks. The results? The YouTube version of the Super Bowl ad achieved 8m views within four days of going live… not too shabby.

Big brands like McDonald’s are always looking for ways to demonstrate their corporate social responsibility.

Way back in 2010 – in response to claims that areas outside of McDonald’s were dirty – McDonald’s Germany came up with this campaign to encourage children and young people to dispose of litter responsibly.

Launched ahead of the Fifa World Cup, the ads encouraged youngsters to ‘score’ their own goals using balls made up of crumbled up Maccy D packaging.

With many members of the public being concerned about the quality and traceability of their food, McDonald’s Canada wanted to make sure that customers were informed.

In order to address this, they offered to answer questions from the public about their food.

Over 20,000 questions were asked during the 2015 campaign, of which each one was answered. The brand also set up a YouTube channel to showcase video responses to some of the questions, and drawing customers into the story even further.

Finally, McDonald’s rolled out 150 interactive Happy Meals Play Zones in the UK back in 2012, which were designed to encourage children eating at the restaurant to be more active.

With images and characters being projected onto the floor, it used tracking cameras and infra-red technology to create an entirely interactive experience.

While these kinds of experiences are now more commonplace (as offline retailers bring digital technologies into offline stores), McDonald’s was an early pioneer.

The question of whether the ecommerce RFP is fit for purpose raised its head again recently.

I’ve received a few since the last post and have come to the conclusion that they have all entirely missed a rather large point, to paraphrase the intro from my first post.