This week’s roundup is a corker, including news about voice technology, mobile ad blocking, and experiential marketing.

If that’s not enough, be sure to download the Internet Statistics Compendium for lots more juicy stats.

According a consumer survey by Wiraya and YouGov, 71% of consumers think voice will be used for one or more daily tasks by 2027, while 26% of Brits already interact with day-to-day technology using voice activation.

Helen Mirren was voted the voice people would most want to hear on automated calls, closely followed by Ewan McGregor, and then Tom Hardy. Calabrio has released a report that reveals customer experience is now a top priority for US and UK business executives – ranked above sales and revenue as a primary concern for 2017.

52% of senior leaders now view customer experience as the most important way of differentiating their brand. Further findings suggest it’s not that easy, however, with the biggest obstacles being achieving a single customer view and integrating customer data.

29% of C-Suite execs are still unsure of the number of devices customers are using to complete a purchase, and only one in three believe that customers are connecting with brands using more than two devices.

Only half of consumers know how to block ads on mobile

This is according to a GlobalWebIndex study, which delved into the reasons why the US and EU are way behind Asia when it comes to the uptake of mobile ad blocking.

Results show that users are unaware they can block ads on mobile devices, with just 48% of device owners currently aware of the possibility. It’s clear that many are still frustrated with online advertising, as one in three mobile users feel they see too many ads when browsing, and almost 50% have a desire to block all ads on their mobile devices. Research by the7stars has revealed that just 20% of UK news audiences feel confident that the news they are reading is real, and 70% want social media companies to take more responsibility for tackling fake news.

In a survey of 1,000 Brits, 45% said that it’s difficult to understand what is fake news and what isn’t. Just 7% said they felt Facebook and Twitter are doing enough to protect them from fake news.

Only 10% of respondents said they trust news shared by friends on social media, with 45% saying they would not trust a shared news article.

Ahead of this year’s Champions League Final, Adobe has revealed how fans have been engaging with football’s biggest competitions on social media.

In contrast, the FA Cup generated just over 5.8m social mentions during its tournament phase, with an average of almost 900,000 mentions a month.

This appears to be due to the Champions League’s international presence, with 84% of mentions coming from outside of the UK, compared to 63% coming from abroad for the FA Cup.

According to new research by Dock9, three of the UK’s biggest mortgage providers are ranked worst in terms of online customer experience.

In a study of the best and worst online experiences for 19 major mortgage intermediaries, high street and specialist lenders – Santander, Nationwide, and Natwest finished bottom of the pile. Barclays, Lloyds, and TSB were ranked top.

Overall, it found 53% of companies are failing to design websites fully suited to mobile and tablet devices. 65% are only partially or not responsive at all, meaning customers have a much longer journey than necessary.

A test conducted by Mailjet found that 72% of UK marketers either cannot answer, or incorrectly list the necessary conditions to meet GDPR requirements for ‘opt-in’ consent.

With less than a year to go, just 17% of respondents have taken all of the recommended steps towards GDPR compliance. The reason could be that many marketers wrongly believe that the fine for non-compliance is €5.2m, when it is in fact €20m, or 4% of their global revenue.

This is not the only area of confusion – 64% also assume GDPR means they must ensure individuals are able to opt-out easily, while 32% of UK marketing professionals believe they will be able to automate processing of location data without ‘opt-in consent’.

For a handy breakdown of the GDPR, head on over to Ben’s article. New research by Engage Hub has revealed that 90% of UK consumers have unsubscribed from communications from retailers in the past 12 months, with 46% saying it is due to an onslaught of messages from brands.

Alongside the frequency of communication – irrelevancy is also a problem. 24% of respondents said they have unsubscribed from a retailer due the messages being highly irrelevant to them.

A study by IRIR has found a 5.7% decline in the amount of products UK supermarkets are stocking in stores. From February 2016 to February 2017, there was an average of 930 fewer products available to shoppers in their local supermarket.

During the same period, there was a decline of 8.4% in new branded items, with sales of new products also down by 6.5%.

As well as fewer branded products being launched, supermarkets are also struggling to gain sufficient distribution, with only one in every seven new products achieving more than 75% distribution across the major UK supermarkets. According to Freeman, one in three global marketers expect to allocate up to half of their budget to experiential marketing in the next three years.

In a survey of over 1,000 CMOs in the US, Europe, and Asia, 59% of respondents agree that brand experiences have the ability to create stronger relationships with audiences. As a result, 51% say they plan to spend between a fifth and a half of their budget on experiential in the next three years.

Currently, 42% of marketers in Asia are using sensory interaction as a means of creating personalised experiences, compared to 28% in the US and just 13% in Europe. 31% of Asian companies are using virtual reality, compared to just 7%-9% elsewhere.

For years, hotels and online travel agencies (OTAs) have maintained a frenemy relationship.

But now, as bookings through OTAs have surpassed direct bookings for the first time ever, a number of major hotel brands are more aggressively battling the middlemen who generate billions of dollars in revenue for them but eat their margins and commoditize their brands. 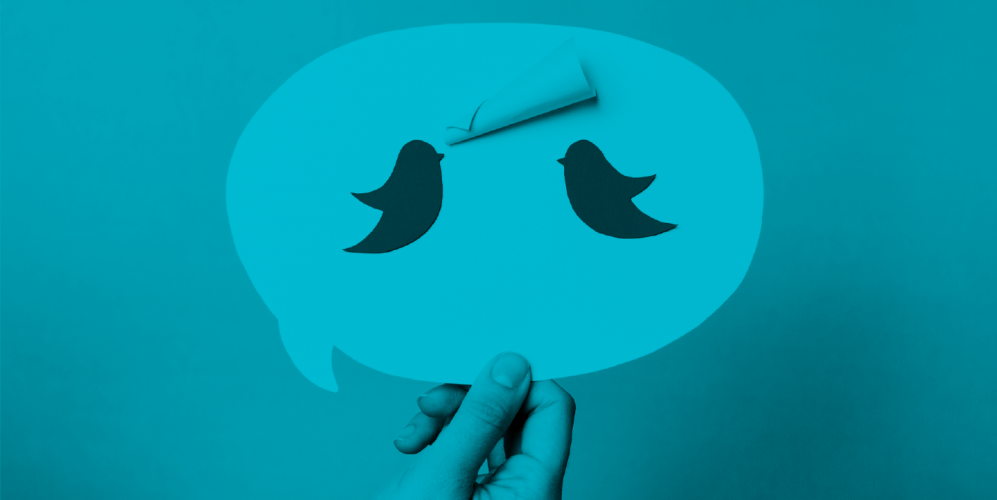 Twitter has become a bit of punching bag for social media critics lately. User growth has stalled, revenues are down and many are starting to question its cultural relevance.

Here are some stats: