Ready for your weekly roundup of stats? It’s a good’un, I promise.

A new study from Salmon suggests ecommerce decision-makers are increasingly investing in new technology like IoT and virtual reality.

Research found that 61% are currently investing in IoT (Internet of Things) enablement, while 69% plan to invest in robots and 60% in machine learning within the next five years.

What’s more, 74% of decision-makers plan to switch ecommerce platforms in the next 12 to 18 months, with 92% of organisations recognising the need to better analyse data to improve the customer experience.

82% of UK consumers are unaware of the filter bubble

Research from the7stars has found that most consumers are unaware that their online experience is limited by social media and search preference algorithms. In fact, 82% have never heard of the term ‘filter bubble’. The study also found that consumers want more serendipitous content online from brands, with many stating positive emotions when asked how relevant but unexpected ads make them feel.

In contrast, when asked what they associate with expected advertising based on recent searches or expressed interests, the majority of consumers chose negative words such as ‘targeted’, ‘intrusive’ and ‘annoying’. According to new research from Fujitsu, four out of 10 consumers in the UK are disappointed by the state of in-store technology. 75% say they would choose Amazon or eBay over traditional names if these retailers had a physical presence on the high street.

When it comes to the reasons for this disillusionment, 42% say it is because the technology is slow, while 37% say it is unreliable. Three quarters of consumers say they can access more information than retail employees as a result, with 73% saying they can get it quicker. This means that around 65% of employees are even using their own devices to try to bridge the gap.

A new study by AOL suggests that new advances in technology are contributing to the rise of digital video. Research shows 55% of buyers and sellers in the UK believe immersive formats such as 360-video will provide one of the best revenue streams over the next 12 months.

That being said, these formats are still in the early days of adoption. According to the study, 20% of consumers in the UK watch virtual reality video once a week or more, and 68% of Brits say they never watch VR at all.

While immersive formats have yet to truly take off, live formats are becoming mainstream – 42% of consumers in the UK now watch live content once or more than once a week versus 55% globally. In truth even these numbers seem quite high.

A report by Mood Media has highlighted the importance of improved customer experience in-store. In a survey of 2,000 consumers, 89% said they are likely to revisit a store if it has an enjoyable atmosphere. Eight in ten like background music while they shop in-store, with 75% saying waiting times are less dull if it is playing.

When in a shop with enjoyable elements like music, visuals, or scent, the study also suggests that shoppers are more likely to stay longer, revisit, and recommend it to others – as well as choose the store over buying online.

Audience IDs – which are the online identity profiles used to recognise and match users across different devices and channels – will be used in 58% of total UK online ad spend by 2020.

This comes from a new report by Yahoo and Enders Analysis, which also suggests that audience ID ad spend will triple to €7.9bn by 2020, compared with €2.7bn in 2016.

Predictions also suggest that growth in the volume of ad spend which uses audience IDs will slow when GDPR comes into effect in 2018. However, it will continue to grow as the industry responds and adapts to the new regulatory requirements.

The latest figures from Kantar Worldwide show that all 10 major UK retailers saw growth in the 12 weeks ending 23 April 2017, with the sector growing 3.7% as a whole. Britons spent an extra £1bn this year compared to last, with both Easter and inflation contributing to increased spend. A preference for premium confectionary lines was also a factor, with the average price paid for an Easter egg rising by 8.6% to £1.65.

According to Apadmi’s latest retail report, concerns over data privacy and security are still preventing consumers from downloading retail apps. Research by LoopMe suggests that the shift to online shopping has resulted in a loss of revenue for high street stores, with 93% of UK retailers agreeing this has been the case.

In a survey of over 250 decision-makers within retail, 89% said they have seen a drop in foot traffic over the last five years, and 17% state they have lost between 31% and 50% of income from physical outlets.

As a result, AI-powered campaigns could help to bring back footfall, with 74.5% of retailers suggesting the in-store experience is an ‘extremely important’ part of the purchase journey.

New research from Turn has highlighted how agency executives under 30 are turning their back on current viewability standards, with only 28% viewing it as a key requirement in ad buying.

Younger execs are also less likely to see fraud as a major concern, as only a quarter of survey respondents aged under 30 believe fraud-free guarantees will drive future video spend. Meanwhile, almost 40% of brands still consider online conversions and clickthroughs to be the chief measures of video success.

Social commerce hasn’t quite taken off in the way it was predicted to.

While 52% of marketers said it would be the most prominent trend of 2016, you could argue that live video or influencer marketing ended up stealing its thunder. 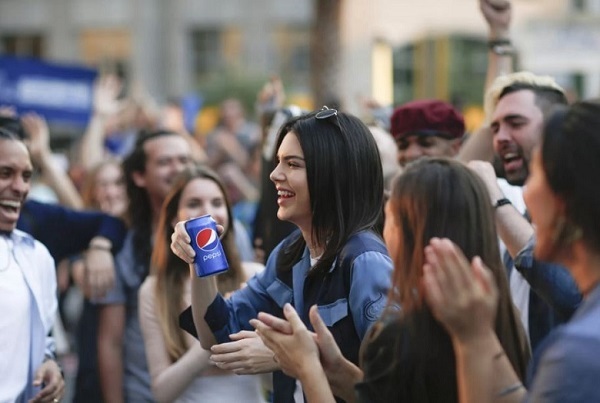