We’ve got a bumper edition of stats for you this week.

Well, just the standard set of ten, but there’s lots to enjoy.

According to a new report by BlueVenn, 72% of marketers consider data analysis to be the most important skill to acquire in the next two years.

From speaking to over 200 marketers in the US and UK, BlueVenn found that understanding customer data is considered far more vital than the likes of social media and web development, with just 65% and 31% of respondents citing these respectively.

This appears to be an especially common view in larger businesses, where a lack of tools and access to technologies is the biggest barrier. New stats from SaleCycle show that the best time to reconnect with shoppers is one hour after they’ve abandoned their basket.

From the conversion rates of 500 global brands, an average conversion of 6.33% was seen after one hour, compared with just 3.14% when sent before one hour and 3.41% one to two hours after.

As well as timing, research also found that personalisation is a big factor in email success, with subject names that include the customer name seeing the highest open-rate. Two-thirds of UK consumers willing to use robots for banking

‘Robo-advisors’ is not a term we’ll be adopting any time soon, however, according to new research from Accenture more of us will be willing to accept the concept in future.

Apparently, it refers to the robots used to offer financial or banking advice in place of real-life humans. And according to a survey of UK consumers, 68% are willing to use them.

The reasons behind the demand for this type of technology is speed and convenience, with 40% citing this factor for using it. Lastly, 25% see the impartiality of robo-advice as a key attraction, with this figure rising to almost one third in those over 65. Despite initial reservations from users, Instagram Stories continues to grow, with the feature adding 50m more daily users since October.

According to other recent stats, a third of the most-viewed stories come from businesses, and one in five stories on Instagram result in a direct message.

Lastly, 70% of video views are reportedly played with the sound on (though this does not include Live Stories).

Original data is the best-performing type of content marketing

A survey by Clutch has uncovered the types of content that marketers believe leads to greater success.

17% of respondents said that infographics perform the best, while 18% cited research or original data – both trumped other formats like blog posts and video.

In terms of promotion, 85% of content marketers cited paid distribution, such as social media, PPC and native ads as the most effective tactic, over-and-above organic efforts. This reflects the strategies of most marketing agencies, with 71% using paid distribution tactics most frequently.

Nearly 20% of online retailers lost out to rivals over Christmas

According to the latest JDA/Centiro report, many retailers failed to meet the growing consumer demand for convenience during the 2016 Christmas period.

19% of online Christmas customers shopped at alternative retailers due to stock unavailability and delivery time constraints.

While use of click-and-collect services has somewhat plateaued, it is mostly seen as a way of avoiding delivery charges, with 53% of consumers recently using it for this reason.

The report also found that many people suffered problems with click and collect last Christmas, with long waiting times due to a lack of staff having a negative impact on the experience. With Black Friday and Christmas out of the way, many retailers are turning their attention towards the next big holiday.

According to stats from Bing, Valentine’s Day presents a huge opportunity, after an estimated $19.7bn was spent last year (and an average of $146 per person).

However, it’s not just humans that can expect a gift or two. $681m was reportedly spent on pets for Valentine’s Day last year, giving pet retailers a good reason to get on board in 2017.

In more Instagram-related stats, it’s been revealed as the platform marketers will invest the most in this year.

Interestingly, older marketers are placing less importance on social platforms, with 50% of professionals who are over the age of 50 reporting no plans to invest in Instagram and 58% saying the same for Snapchat.

According to a study by Kantar Millward Brown, generation Z (i.e. consumers aged between 16-19) have high expectations when it comes to digital advertising, preferring ads that allow them to interact or make a decision.

When it comes to ads that prompt viewers to vote, generation Z reported a positivity score of 31%, compared to just 25% from generation Y.

Generation Z were also found to actively dislike invasive ad formats like non-skippable pre-rolls. However, interruption appears to be a big bugbear for all age ranges, with the majority of people installing ad blockers due to this reason. Customer retention is down 7% globally

From a global study of more than 24,000 consumers across nine industry sectors, Verint and IDC has found that customer retention dropped by 7% last year.

Overall, this appears to be down to consumers who prefer using digital-based companies displaying less brand loyalty than those who engage with businesses on a human and one-to-one level.

49% of digital customers have been with providers for more than three years compared with 57% who prefer to go in-store. 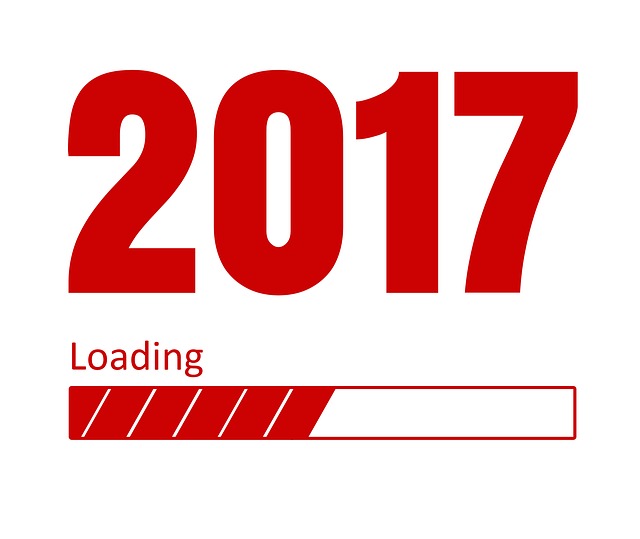 Every year I pick out digital and marketing trends and developments which I think will shape the industry and digital/marketing planning and thinking in the year ahead.

According to research, 64% of women who shop on their smartphone say that seeing images of products in context positively influences their purchasing decisions.

It’s a simple tactic, but by including context, the online customer experience can be greatly improved – and this doesn’t just apply to shopping on mobile either.

Now we’re all back in the swing of things, Thursday 5th January might seem like any other day.

In the world of retail, however, it’s apparently known as ‘National Returns Day’ – AKA, the day we all send back the stuff we didn’t want to receive this Christmas.