The London based Mexican restaurant chain has teamed up with Flypay to drive mobile payments in its multiple locations. There’s a little QR code on every table linked to a unique NFC tag underneath which you scan with your smartphone.

Your itemised bill appears on screen. You can check it for accuracy and split the bill if required.

However once payment information has been loaded up, this is a fast and efficient way to pay for your meal. I particularly like the simple interface, that allows you to either pay for specific items, pay for more shares than just yourself and works out various generosities of tip.

So it comes to this… Soho may be more used to pop-up restaurants on the over-priced burger end of the scale rather than frozen breaded fish products, but its citizens are certainly used to capturing their dining experiences on Instagram, the home of food brinkmanship.

According to Birds Eye’s own research 52% of people take photos of their own meals, 11% do so at least once a week, 9% once a day and according to Webstagram there are, as of May 2013, 90m photos on Instagram with #food.

Birds Eye has tapped into this trend by treating diners to its new Chicken Inspirations and Fish Chargrills products and letting guests settle the bill by taking a photo of their meal and uploading it to Instagram with the tag #BirdsEyeInspirations.

If anyone went to this event, please let me know in the comments below as I’m currently struggling to find any independent reviews and would love to know what it was like.

The UK based healthcare chain has introduced ‘health kiosks’ in nine of its larger stores at the end of 2013. More technically known as the ‘Xen X5 kiosk’ these are interactive touchscreens and printers that allow customers to browse its entire product line, place orders and pay for goods via credit card.

The Australian brand has followed in the footsteps of Ikea and Net-A-Porter by integrating augmented reality into its offline concerns.

Items in the newly published print catalogue can be scanned using the Sportsgirl app, as well as products in its high street stores that can be scanned and saved for purchase later online.

Asda has taken a massive step into the world of digital convenience and trend spotting by testing out a 3D printing service in its York branch last year. Asda is now rolling out the service to 50 more locations.

According to Retail Week Asda has big ideas for its new toy. Shoppers could build avatars based on scans to be featured in online games, branded goods could be personalised such as Mr Men figures or superhero figures.

Asda is also working on a service that will allow shoppers to scan their pets for 3D models, but went on to say that it would be a challenge to find an area in store where animals could be allowed and also to get them to stand still for the required two minutes.

AmazonFresh is the company’s same day and early morning service delivering a large range of products that includes groceries.

Amazon Dash is a little electronic wand that lets you scan items in your own home, or speak the name of a product into its microphone. The items are then seamlessly added to your AmazonFresh checkout.

Ben Davis discusses the various implications of the device in his article from April. Certainly the wand is a gimmick, what with our smartphones able to easily provide the same functionality, however the wider implications of convenience and speed could well have a massive effect on traditional supermarket shopping.

How long before you have a Tesco wand sat in your kitchen drawer.

This is a service that allows customers to pick up their orders from a self-service location, accessible with a unique pick-up code.

Very convenient for those who cannot guarantee they’ll be at a delivery location at a specific time and also saves on a trip to a depot the next working day.

This is also great for customers wishing to return goods who don’t have access to a post office or Collect+ location at a convenient time.

However out in the Shropshire countryside locations are harder to come by. With consumers having a surfeit of delivery/pick-up options available in the city, it seems that companies should really concentrate on improving accessibility for rural customers.

As discussed by Minter Dial at our own Future of Digital Marketing event 2014, the US sports clothing company has opened a fascinating example of a retail store where 80% of its focus is on storytelling and only 20% commerce. It’s a ballsy move, dedicating its entire frontage to the colour red, but it’s a bold statement. Once you step through the door, which comes at the price of your email address, you’re herded into a large room where you’re treated to a seven-minute long advert.

After this has finished there’s a further much smaller room where you have the opportunity to purchase some goods.

Minter goes on to express his disappointment that many areas of social interaction were ignored. There’s no Wi-Fi, pictures were not allowed to be taken, and no reminders to share or specific links to social channels were available.

Images and info courtesy of Myndset.

As Graham Charlton mentioned in his article on marketers using beacons, the famous US department store Macy’s has been recently been experimenting with iBeacons.

Customers who enter the store with the Shopkick app installed on their iPhones will be alerted about deals and items they may be interested in. While there may be a risk of annoying shoppers, this kind of precision marketing could be very effective.

Ikea has introduced an AR app to enhance its 2014 catalogue, all the customer needs to do is place the 2014 catalogue in any space within their home, activate the app, and they can see exactly how a virtual Billy bookcase or Ektorp sofa fits into the real-time environment.

A few years ago, there was much debate around the best mobile solution for businesses: native apps or stand alone mobile sites.

To summarise the argument, apps allowed more functionality (geo-location, barcode scanners etc), while mobile sites had the advantage of appealing to the casual mobile searcher, and across a range of devices.

As iOS devices dominated the mobile web back then, an app was often the best solution, but this is no longer the case.

Now, thanks to responsive and adaptive design, as well as HTML5, mobile sites can offer many of the same features as apps.

So does this mean apps and stand-alone mobile sites are no longer needed?

Many online retailers remain obsessed with growing overall site traffic, at the expense of increasing conversion rates from existing customers.

Research shows that for every £100 retailers spend getting customers to a website, only £1 goes into converting them.

This can be counter productive: the cost of acquiring new traffic is increasing exponentially. Actually it makes much more sense to convert the 97% of customers that visit your site and abandon before making a purchase.

What often prevents retailers from concentrating on conversions is the perception that creating a conversion strategy is complex and time consuming.

However, by making a few, simple changes to your site or digital marketing strategy you can greatly increase conversions. 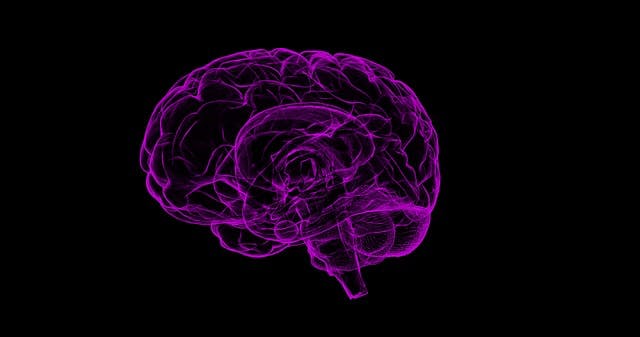