It’s been a scorcher of a week in the Econsultancy London office, and so naturally, we’ve got some equally sizzling stats for you to get your teeth into!

According to the latest report by SaleCycle, the travel industry is experiencing the highest rates of online abandonment, with time sensitive flight and hotel bookings being the most commonly discarded.

The retail industry is the second biggest industry affected, suffering from abandonment rates of 74.6%.

Insight shows that SMS retargeting could be the most beneficial solution as consumers generally read messages within 3 minutes of receiving them.

Sweden biggest users of Snapchat and Instagram in Europe

The latest stage of the Adobe Best of the Best 2015 report has revealed that Swedes are the most social-media savvy of all European countries.

33% of people in Sweden use Snapchat to engage with brands, compared with 22% in France and 20% in the UK.

51% of people surveyed in Sweden said that they also use Instagram for the same reason. This is in contrast to the UK where Twitter is the leading platform for brand engagement.

Hitwise, a division of Connexity, has revealed how online behaviour is reflecting the growing concern over the current UK political situation.

Since Brexit, there has been a 300% increase in searches about moving to other EU countries.

Likewise, there has been an increase in searches for mortgages, interest rates and gold.

Despite the weaker pound, searches for holidays and flights have not been impacted.

Shoppers less tolerant of queuing due to technology

A new report from Worldpay has highlighted how Brits are becoming less patient when it comes to queuing in-store.

The rise of online shopping is said to be the reason behind this growing trend.

One-click ordering and next-day delivery means that consumers are becoming more demanding as a result.

‘Invisible socks’ the most searched-for menswear item in the UK

With temperatures soaring to 33 degrees this week, Lyst has been looking to see if the heat has been affecting our spending habits.

According to data, sales of ‘invisible socks’ (i.e ankle or trainer socks) are up 218% week on week, making it the most-searched for item right now.

It seems women are feeling summery too, with Monday seeing us purchase more white dresses than black for the first time this year. App commerce company Poq has discovered that more shoppers are moving to mobile apps to buy.

According to research, the average online shopper spends 6% more money on apps and 5% less money on the mobile web.

What’s more, apps are also said to increase customer retention and improve long-term loyalty. Long-term retention rates are over twice as high when a shopper makes at least one purchase in an app. 7.5m people in the UK left behind by digital revolution

Analysis by Experian has discovered that, when it comes to digital behaviour, Britain is a nation divided into three distinct camps.

A third of people in the UK are digital devotees, with the most devices and the most amount of time spent online.

Half of the population are day-to-day doers, using the internet for practical reasons like paying bills.

Lastly, 7.5m people are said to be digital dawdlers, with a limited knowledge and lack of interest.

Insight suggest that businesses must take this into account when communicating with audiences.

Sports fans flock to YouTube ahead of Rio Olympics

In anticipation of the Olympics this summer, research from Ipsos Mori and Flamingo has revealed how online video platforms will benefit from the event.

A survey found that 75% of Brits will look for related video content during the Olympics. Similarly, 44% will watch sports or fitness videos online while simultaneously watching live sports on TV.

Unsurprisingly, YouTube is the most popular platform, with 78% of people saying that it is home to content that they can’t find elsewhere. Binge-viewing is on the rise

Research suggests that binge-viewing (i.e. watching multiple episodes of a TV show in one sitting) has never been more prevalent.

According to data from GfK MRI, 6 in 10 television viewers say they regularly watch three or more episodes in one go.

Millennials are the most prolific binge-watchers, with 16% of this demographic saying that watching live television is a special event.

As a result, the challenge for brands is finding how to advertise to them.

Luxury brands set to get the biggest boost from this year’s Black Friday?

According to research by Qubit, brands in the luxury retail category saw the highest boost in conversion rate on last year’s Black Friday.

Conversely, electronics and home and garden retailers had the lowest increase, with the latter seeing a 27% uplift in conversions compared to the rest of year average.

With some fashion retailers seeing a spike in conversions despite not even participating, it appears the day inspires more shopping behaviour all round. 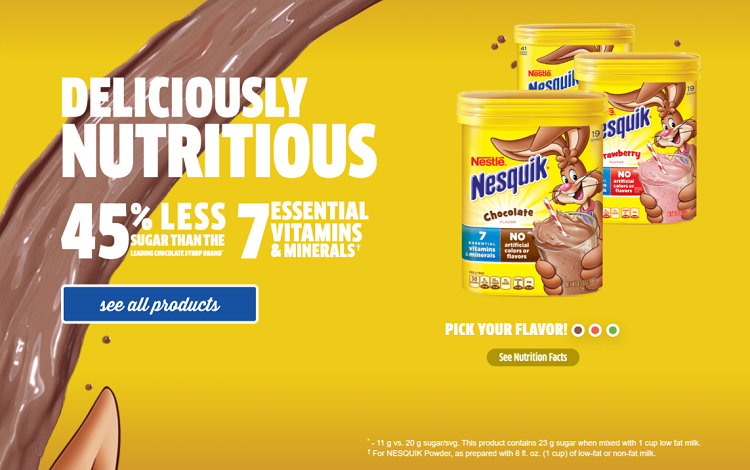 Product filters might seem like a small and even insignificant feature on an ecommerce site. But in reality, a slick system can be the difference between a seamless user experience and a clunky one.

With this in mind, I did a little digging to see the state of play on some of the most popular fashion retailers online.

Here are a few product filters that caught my eye – both good and bad.