What better way to celebrate the end of summer than with a stellar compilation of stats?

This week’s roundup includes news about the Bake Off, Olympic ads, back-to-school spending and loads more.

Before we begin, don’t forget to download the Internet Statistics Compendium for extra insight.

With the new series of the Great British Bake Off kicking off this week, Blurrt has delved into how the nation reacted on Twitter.

With 9,126 mentions, there was an affectionate flurry of tweets for Mary Berry, while Paul Hollywood received 5,545.

In total, the show generated 150,379 tweets, with the most influential coming from the likes of Fearne Cotton and Zoella.

The Independent grows audience by nearly 50% since becoming digital-only

Since becoming a digital-only news brand, the Independent has added 6,646,000 readers to its audience, growing its total by 46% year-on-year.

Successful coverage of the Rio Olympics has contributed to this surge, with a story about a Syrian refugee competing as an athlete garnering over 160,000 engagements on Facebook.

With more paid subscribers of its Daily Edition app as well as readers overall, going digital has proved to be a resounding success for the publication. During the period of May to July of this year, the active online customer retention rate reached a record high of 36.4%.

This is according to data from IMRG and Capgemini, which suggests that online retailers are focusing on retaining existing users rather than attracting new ones.

Down 9% on the same period last year, the average selling price per item also reached its lowest rate in over three years.

This is thought to be due to heavy discounting as many retailers competed with Amazon Prime Day.

Data from Unruly has revealed that recent ads by Channel 4, Nike, Under Armour and P&G are included in the list of top ten Olympic ads of all time.

With 1.46m shares, Channel 4’s ‘We’re the Superhumans’ comes in at number two in the list, making it the most-successful ad from Rio.

The below chart tracks how Olympic ads compare with the average global ad – specifically relating to the reasons why people share them.

Online popularity of VR and AR rises 548% since January 2015

The latest Digital Insights report by Adobe has revealed that online mentions for augmented reality and virtual reality devices has grown significantly in the past 18 months, with a 548% uplift on Twitter.

The HTC Vive has been the most-talked about device, ahead of the Microsoft HoloLens, Oculus Rift and the hotly-anticipated PlayStation VR.

Despite the popularity of VR within gaming, a similar uplift is yet to be seen from marketers.

While the space remains less crowded, it appears to be the ideal time to experiment with the technology. Record-high for use of contactless cards

According the UK Cards Association, contactless payment cards were used to make more payments in the first half of this year than in all of 2015.

Compared with £7.75bn spent between January and June last year, Brits have spent £9.27bn via 1.1bn contactless transactions in 2016 so far.

This means that contactless accounted for 18% of all card spending in June, with this figure being expected to increase.

Consumer interest increases in BMW and Chevrolet thanks to Olympic ads

According to new data from Edmunds, investment in advertising during the Rio Olympics has paid off for car brands BMW and Chevrolet.

BMW saw consumer interest rise 12% in the first week of the Games and 7% in the second.

Likewise, Chevrolet saw a 6% lift and 2% in the respective weeks. To calculate this data, Edmunds’ team compared traffic in the four weeks’ prior the Olympics.

While it’s not unusual for major sports events to drive traffic, the Olympics consistently drew consumers back throughout its two-week period.

New research from Bizrate Insights, a division of Connexity, has revealed how mums are leaning towards online shopping for certain back-to-school categories.

While basic school supplies are still bought in brick and mortar stores, 45% of technology devices are said to be bought online.

In terms of the type of technology, schools are said to influence decision-making by 29%. This is in comparison to gear (e.g. backpacks and lunchboxes) which is largely chosen by children themselves. Data from Futuresource Consulting has found that there is a high overlap of subscribers between Netflix and Amazon Prime in the UK, US and Germany.

Around half of Netflix subscribers in the UK and the US also subscribe to Amazon Prime, with 30% of US respondents saying they use both on a regular basis.

The research also shows that Amazon Prime is gaining in popularity, with one-third of UK Amazon account holders having a subscription to Prime.

According to a forecast from eMarketer, global ecommerce sales are expected to grow 23.7% to $1.91trn in 2016.

This will account for 8.7% of all global retail spending.

eMarketer also predicts that ecommerce sales will account for $4trn of the total retail spend in 2020 and to make up 14.6% of retail spending that year.

Much of this growth is likely to come from China, where ecommerce sales are expected to reach $899.09bn this year.

With television ads apparently losing their sway, pharma marketers are increasingly turning to social media, despite the fact that they have numerous digital shortcomings.

A new campaign launched by GlaxoSmithKline (GSK) demonstrates why addressing those shortcomings is so important. 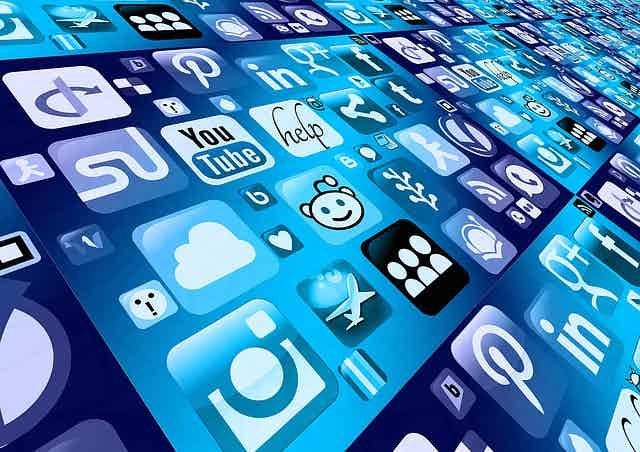 We’ve got loads of stats for you to get your teeth into this week, including news about CX, digital skills, Rio records and more.

Don’t forget to download the Internet Statistics Compendium for further insight and analysis.