We’re racing through Autumn at the speed of light, so naturally, this week’s roundup includes two Christmas-related stats.

Luckily there’s lots of other good stuff to enjoy, including news on travel search, smartphone use and mobile ad spend.

You can also download the Internet Statistics Compendium for even more juicy stats and insight.

According to new data from Hitwise, there has been a 112% increase in visits to holiday rental sites such as Airbnb and Homeaway.

Based on the behaviour of 3m online consumers, the findings show that while the majority of visits to hotel aggregators come from search engines, a high proportion of visits to holiday rental sites originate on social media channels.

The research also found a difference in search terms – the majority of hotel searches were related to “cheap” and “deal”, however, the biggest keywords for holiday rental searches were “hot tubs” or “villas”.

This shows how consumers desire a more tailored approach to holiday-booking rather than one based on price.

Hasbro and Lego lead ecommerce race in run up to Christmas

Research from global ecommerce analytics firm Profitero has found that Hasbro is currently the leading brand in the Amazon UK best-selling toys and games category.

The brand now has seven products in the top 100, meaning it has just edged out Lego.

Despite winning in the UK last year, Lego is currently in a strong position in the equivalent US list, with a total of 11 products featured in the top 100. From a study of 2,000 people, Signal has found that consumers are becoming increasingly digital when it comes to booking travel – with millennials in particular driving this change.

The study found that 42% of people now use their smartphones for booking both airline tickets and hotel rooms more frequently than they did a year ago.

In comparison, booking via desktop has increased just 15%.

Further to this, personalisation is becoming more important to young people.

48% of millennials planned a trip with their smartphone during the past year, with 29% of this age demographic desiring a booking experience that is customised to their needs and preferences.

A new report from PwC and IAB has found that spend on digital advertising increased 16.4% in the first half of 2016.

The report also shows that the amount companies spent on mobile display ads overtook that of PC and tablet display for the first time ever.

This reflects the rapid growth of time spent on smartphones, as this June saw UK adults reportedly spent 46% of their internet time on a mobile compared to 41% on a desktop or laptop.

The demographic that spends more time of their smartphones than anyone is women aged between 18 to 24. The survey found that, as well as 94% of consumers making a domestic online purchase in the past year, 66% of them have also purchased online from another country.

Out of the countries with the highest number of cross-border shoppers, Singapore and Australia top the list, with 89% and 86% of consumers regularly shopping elsewhere.

Regardless of country, the survey also shows that approximately half of consumers say that most of their internet-based shopping is done through an online marketplace.

Disney is among the top US Halloween searches of 2016

Hitwise, a division of Connexity, suggests that Disney is having a big influence in this year’s US online Halloween trends.

“Disney Moana” is the most popular overall search term so far, as well as “Belle”, “Beast” and “Ariels” all showing increased interest from 2015.

Alongside this, Hitwise has also noted the emergence of a trend for beard-related search terms.

Mentions of the word “beard” or “beards” in costume searches are up 18% YoY, while searches for “Halloween costume for guys with beards” are four times greater than in 2015. According to Accenture, 44% of US consumers plan to spend more than they did last Christmas.

But despite this, 42% say they rarely or never expect to pay full price for gifts.

Based on an online poll of 1,500 consumers, the Accenture Holiday Shopping Survey found that 67% of consumers plan to shop around from different retailers in order to get the lowest price.

Moreoever, 72% would shop with a retailer they haven’t used in the last year if they are offered a promotion or discount.

Despite this, consumers are now becoming more open to share personal information, with 54% saying they would be willing to do so for an offer or discount in return.

Econsultancy’s Voice of the Influencer report, in association with Fashion & Beauty Monitor, has found that influencers are now taking more control when it comes to working with brands.

From an online survey of a select number of influencers, 60% said that they always consider a brand’s heritage and reputation before entering into a working relationship.

Second to this, 56% also said that a brand’s ethos and values are critical factors to consider.

This demonstrates the shift of power within influencer marketing, with online personalities now calling the shots over big name brands. British commuters were left frustrated again this week, with many taking to social media to vent their frustration at the latest strike action from Southern Rail employees.

According to data from Spredfast, 10,000 tweets were sent in a single day on Tuesday – the first day of the official RMT walkout.

The hashtag #southernfail was used in over 2,000 tweets, seeing a particular spike at around 8:30am during the delayed commute to work.

Overall, 96% of Twitter activity showed no positivity at all, with very few tweets in support of RMT. Use of everyday mobile payments triples

In a poll of 36,800 online consumers across Europe, Visa has found that 54% of consumers now use a mobile device to make everyday payments – this is compared to just 18% in the same survey last year.

In the UK, 74% of consumers regularly use their mobile device to manage their money or make a payment in person, online or in an app.

Furthermore, 59% also use their mobile devices to transfer money to friends and family, while 45% use them to buy takeaway meals.

Overall, the report shows that consumers are becomingly equally confident in making both large and small purchases using their mobile. 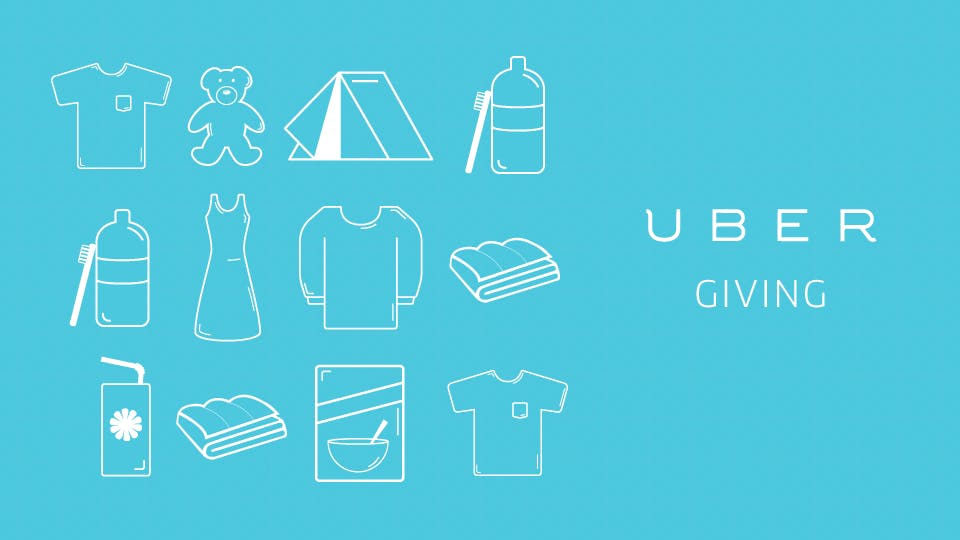 Cause marketing seems to be pretty noticeable at the moment.

Though cause marketing has been around for about 50 years, the internet has undoubtedly revolutionised charitable giving and brand involvement.