There is no question that Shopify and Shopify Plus have seen a huge surge in popularity in recent years – starting with high-growth DTC brands opting to grow on Shopify primarily for agility and the lack of maintenance overhead and gradually moving to larger, more complex retailers moving over too.

Although Shopify Plus isn’t perfect (no platform is), it’s very compelling for the right brand or retailer when it comes to assessing agility, total cost of ownership, general control over the front-end and key aspects of trading, ecosystem and ease-of-use. There are still some limitations around some areas, such as internationalisation and wholesale, but constant improvement in the platform and the eco-system have led to users opting to use workarounds to benefit in other areas.

There are lots of examples of great brands and retailers that have moved over to Shopify Plus and grown considerably on the platform, with some of our favourites being Gymshark, AllBirds, Decathlon USA, Crabtree & Evelyn, Emma Bridgewater, APC and Brooklinen and Bulletproof (full disclosure: a client of the author, Paul Rogers). For a while, Shopify Plus’s growth could be greatly attributed to the Magento 1 end of life, but nowadays a lot of big DTC brands are using Shopify Plus from the start and they’re picking up more and more clients from enterprise platforms (such as Salesforce and SAP) and also brands using bespoke platforms. The growth of headless Shopify implementations has also seen more non-obvious cases like Staples Canada and JB Hifi starting to appear.

So, with a lot of these new Shopify Plus users moving over to Shopify Plus to really push direct-to-consumer growth, one of the biggest areas of Shopify’s offering that is often challenged is SEO, which is what we’ll be focusing on in this article. The biggest criticism of Shopify’s SEO side is lack of control – which is manageable, but it does make migrations a lot harder and there’s more risk in losing organic traffic. We’ll cover off each of these areas and how we feel they’re best approached.

The typical response to Shopify SEO is that it’s limited because you can’t edit the robots.txt (the file which tells search engine crawlers which pages or files it can or can’t request from your site). There’s much more to Shopify SEO than it’s inability to manage the robots.txt, yes there are limitations but there are also great opportunities vs other platforms.

In contrast, when you compare this to Magento. Out of the box your on-page and technical SEO will be a 2/10 at best & you’d need to employ an SEO specialist to bring that up. On Magento you could potentially reach a 10/10 for onpage SEO due to it’s open nature vs Shopify, as a closed off SaaS platform.

That said with a typical Magento retainer we’d usually be spending 50% of our time on maintenance-orientated tasks and ensuring nothing is broken with deployments etc. This principle applies to the on-going development side of the two platforms also, as detailed in this in-depth comparison between Shopify Plus and Magento.  This takes valuable time away from focusing on growth.

1. The Shopify robots.txt can not be edited

This means you can’t control what Google is crawling and indexing as much as normal and you’d be relying heavily on onsite tags. Overall, this is frustrating, but once you’ve mapped out which aspects of your site you don’t want to be crawled and indexed, you then need to map out how you can use canonical tags, robots directives, Google Search Console parameters etc to prevent technical issues.

The Shopify robots.txt itself is fairly well optimised to stop major issues from occurring, it just doesn’t allow for further support in dictating what is and isn’t crawled.

Another very common criticism of Shopify’ setup, is that the URL structure is fixed – so all commonly edited URLs would fall into the following categories:

This is very frustrating and when it comes to managing a replatforming project from another platform to Shopify Plus, you’ll need to change at least the majority of URLs across the site. From a long-term perspective, this isn’t too bad and there are other benefits around the URL structure being so clean, but it definitely will have times where it’s frustrating from an SEO perspective.

One thing that is important is moving to top-level product URLs, as natively they include the collection path, in order to build breadcrumbs. Within the liquid files, you can change the URL to only include the product slug and then breadcrumbs can be added as static links (we generally do this via metafields) or you could create an alternative solution via a custom app etc.

We’ll come onto other aspects around URLs later on.

With a platform like Magento, you are able to specify a parent category and a sub-category – creating a parent <> child relationship. An example could be from when I was at Made.com, we had a category called “sofas” and then housed underneath this, we had 2 seater sofas, leather sofas etc – this was then reflected in the URLs, creating a nice hierarchy for Google to understand the structure of the site. You can then use this categorisation to create a hierarchy and a prioritisation for internal linking.

This cannot be done on Shopify, as you can only create single level collections with no subcollections. I’d probably say this is the number one limitation of Shopify SEO but you can get around it with breadcrumb linking and smart internal linking strategies.

You could feasibly create a hierarchical system using tagged filter pages and logic to change meta data etc, but it’s very messy and not recommended. Paul once architected this out on a project with Piers from WeMakeWebsites, but we both agreed it wasn’t a scalable approach. There are a number of different things within Shopify like this.

Linked to the above limitation, your breadcrumbs are only a single level deep by default. Meaning products only link to their main collection page. There are workarounds to implementing detailed breadcrumbs on Shopify which I’d highly recommend.

5. Inability to customise the Shopify sitemap

You can’t customise the sitemap by default meaning you are left with the Shopify solution for discovering new content. In general it’s fine, however if you do some advanced indexing of PDP variants which we’ve done for clients in the past then you’d need a custom solution. You can do this ‘hack’ to upload a custom static sitemap.

Particularly challenging for large ecommerce websites. We were running a custom out-of-stock script for a vintage brand which eventually maxed out the limit after 18 months which we had to modify the script. Particularly challenging when migrating a large international domain to a single shopify store where it’s pretty easy to hit 100k redirects. Shopify can sometimes extend this limit for you if requested.

Our go to recommendation for international SEO set up is to set up on a single domain with subfolders e.g. made.com, made.com/fr/ etc. Shopify does not support this and instead you are limited to a subdomain. Google’s acceptance of subdomains has improved over the years and with good internal linking the subdomain can still ‘piggy back’ off the main domain’s authority but regardless you can not do subfolders on Shopify.

By default Shopify will internally link to long PDP urls (that include their Collection urls) which are then canonicalised to the clean URL. You can adjust the liquid file to make these urls link directly to the clean URL – avoiding unnecessary dilution. Some store owners get concerned this causes duplication however the canonicals ensure duplication is managed. Overall though, we’d recommend moving to top-level product URLs to keep things clean – the only disadvantage with this approach is that breadcrumbs need to be built out manually, which we’ll come onto.

One of the common errors with pagination is to reference the first page of pagination as a parameter e.g. ?p=1 when in truth the first URL in the series should be the clean collection URL. Shopify doesn’t respect this rule and instead links page-2 of a pagination series to the page-1 parameter and references this to the clean url using a canonical. This causes an unnecessary step for Google, Google can also ignore canonicals and index both urls. We recommend a Noindex, follow tag for eCommerce sites to encourage Google to crawl and find your full catalogue. This is a relatively minor point, but still a good thing to fix if you’re looking to really optimise your site.

This is an interesting point overall, as Shopify stores can be optimised and are pretty fast still overall – it’s just that a lot of stores tend to use several third parties and apps, as well as non-optimised assets and theme logic that end up impacting load times. This has led to people looking at headless / PWA routes with Shopify (unnecessarily) and generally not associating Shopify with strong performance.

There are plenty of examples of very streamlined Shopify stores that are really quick, they just don’t tend to use many third parties (avoiding excess JavaScript), the themes have been very well optimised and they’ll have processes in place for testing the impact of assets, apps etc.

To be honest, to get this right, really you need to embed performance into your KPIs for your site and really create a culture around keeping your site rapid. Due to the agility of Shopify, it’s really easy to get carried away with releasing lots of new features and not thinking about how different elements impact performance. Given the inevitable impact of speed on both SEO and conversion rates, this is an important thing to consider – however most of the other mainstream ecommerce platforms have the same issue.

Overall, Shopify and Shopify Plus can be frustrating from an SEO perspective as it’s fairly rigid in most areas, however, once you’re through the migration there’s still a lot of room to optimise. Seeing a drop in organic visibility is likely to be more common with Shopify (due to the amount of change – particularly if not managed well), but the eco-system around the platform, its agility and various other benefits are likely to be worth this short-term compromise for a lot of brands and retailers.

For more on ecommerce and SEO best practice: 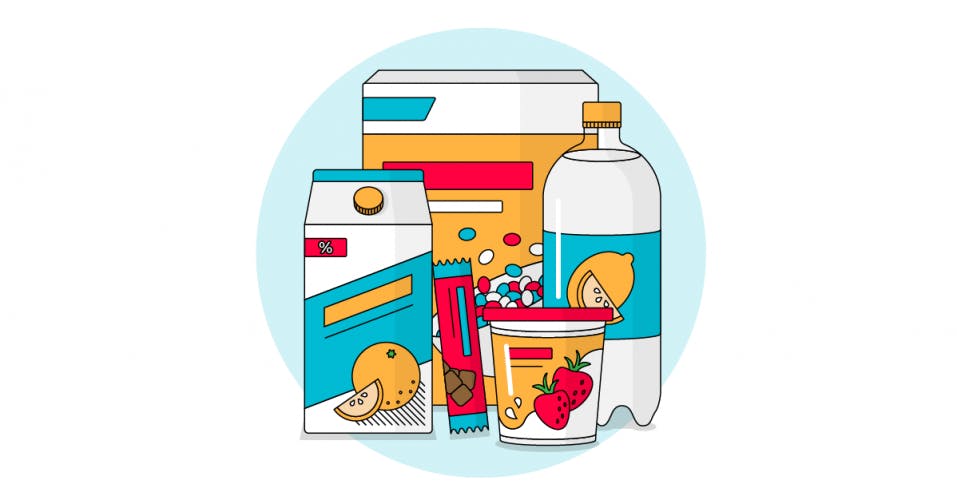 Elliott Clayton, SVP at Epsilon-Conversant, looks at the direct-to-consumer trend, how it was enhanced during the pandemic, and what we can learn long-term. 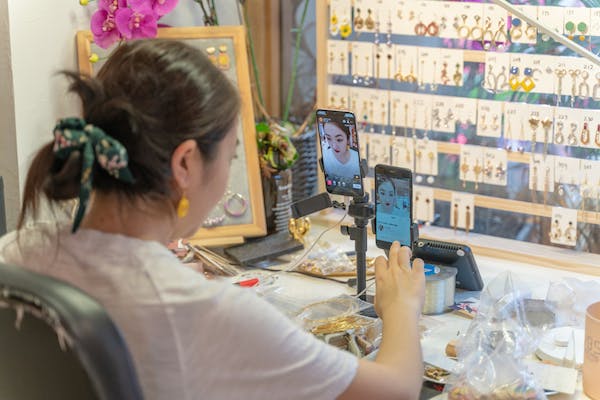 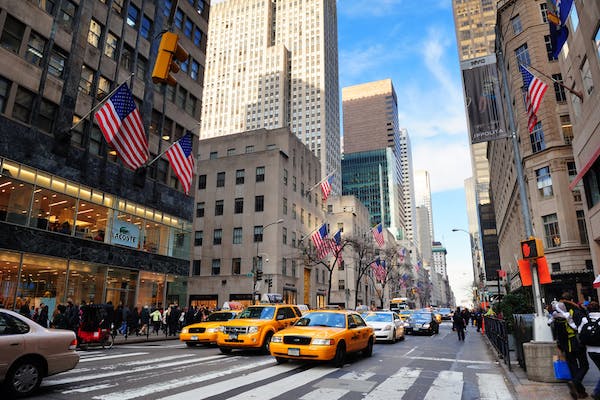 The retail sector as a whole has been severely impacted by the coronavirus pandemic. But what about the fate of luxury retailers? With even higher rents and with arguably less traction online than mass-market retailers, the luxury sector is also facing some unprecedented challenges. Brick-and-mortar closures hit brands hard Luxury retailers have traditionally relied on […]