Following the news last month that it would be launching a fragrance for women for the first time, Lynx has today announced that it will turn to Facebook in part to sell the limited edition product.

We’re not entirely convinced by Lynx’s efforts (especially as the brand says it will sell ‘100 cans exclusively through its Facebook page’ – an odd choice of volume and perceived exclusivity for such a low-cost item).

So instead we’ve put together a list of some of the best examples we can find.

A quick word on Lynx’s campaign first though; the company is a master at creating buzz – and that’s exactly what’s happening here. Lyle & Scott’s head of e-commerce Will Dymott explains.

100 cans is nothing. As a commercial venture it doesn’t make sense, as a branding exercise, then yes.”

Dymott said that many ‘stores’ tend to be a halfway house that show some products, but then click through to a brand’s main website. Ted Baker or Liverpool FC are two examples of this, which he suspects is them “testing the water”.

However, as we all know, this is a huge area of growth. Earlier today, Payvment revealed that since implementing the new ‘want’ and ‘own’ buttons in November, the Facebook-only e-commerce company has seen customers rise from 500,000 to 1.1 million without purchasing any ads.

‘Private sales’ network BrandAlley also said late last year that the success of trials using Facebook Pages means that it predicts 5% of revenue to come from f-commerce in 2012.

Facebook’s new Timeline apps significantly lower the barriers to selling through the social network, and new functionality within Open Graph and Facebook Connect means that ‘f-commerce’ doesn’t strictly have to be ‘on Facebook’ anymore.

So while this is still a young market, and for the most part absolute best practice is yet to be defined, some are clearly leading the pack.

We’ve compiled 11 of the best f-commerce examples for 2012, an update to our list from May of last year.

In April 2010 Facebook itself has stepped forward to say that every time a user posts on their newsfeed that they’ve bought a ticket from Ticketmaster, a friend spends on average an additional $5.30 on a ticket to the same event.

Based on the success of this, last week Ticketmaster launched an upgraded Facebook app (as part of Facebook’s Timeline apps announcement) that integrates with Spotify to recommend gigs based on listening history, with the option to then purchase.

Delta Airlines’ offering is not new, but it’s marketed very well and taps into a channel it knows its customers are active on. Hence why it’s still going strong.

It allows people to search, book and pay for flights within Facebook – which it discovered was popular with its travellers as it’s the most visited site from its in-flight wi-fi service.

Not only this, but the app is ‘portable’ – and can be embedded in ad units on third party sites – creating a convergence of social networking, e-commerce and advertising.

Hallmark’s Social Calendar app is also another simple example that’s been popular and in use for a prolonged period of time (in f-commerce terms at least). It ties in nicely with your Facebook calendar to send you alerts for friend’s birthdays.

Simply choose the Facebook friends whose birthdays you don’t want to miss (you can also add dates and other special occasions manually) – then get reminders at the beginning of every week and month. Send a personalised photo card, a virtual gift or just a personal message.

Heinz has been pushing the boundaries in terms of use of Facebook to seed new products, first launching an app to send special bottles of its Balsamic Tomato Ketchup to Facebook fans – which was then rolled out the US after a successful testing phase in the UK.

The personalised soup can app used a similar theory – that passionate fans love unique and exclusive products. People could enter a name of a sick friend and send them a can of soup with ‘Get Well Soon’ on it, choosing from the brand’s three most popular flavours. People can also create a Facebook event around the film and invite their friends on the network to join, meaning they can coordinate cinema trips.

The brand launched its first shop a month earlier in November to sell its Esprit d’Oscar solid perfume ring, also as an exclusive on the social network.

Both apps are part of a wider strategy from the brand to consistently introduce new products through Facebook, and focus on creating a small group of highly-engaged users.

Scott Galloway, New York University marketing professor and co-founder of think tank Luxury Lab told WWD.com late last year that almost 100% of brands cite Facebook as a source of upstream traffic. In an interview, said specifically that Burberry gets more traffic from Facebook than from Google.

Burberry is at the absolute forefront of innovation within social media, one example of which is the launch of its Burberry Body fragrance last year. This example is no longer live, but it’s such a relevant campaign that we couldn’t leave it out.

A video starring CCO Christopher Bailey launched the scheme (see below) – and people could apply for a free sample via the Facebook app. Burberry then extended this to allow people to buy full-size bottles of the perfume, with great success.

The members-only ‘flash sales’ site created an app that allows users to log-in using their account details and browse ‘must have’ items.

Content-rich, it combines deals, group and social buying, and f-commerce. As many commentators have pointed out regarding Gilt’s offering, for such a trends-focused brand – this is key to its success.

EMI has recently launched a Pink Floyd Facebook store, allowing people to buy two album bundles from within the site.

Though it’s still within its trial stage, this is something the label has already done in part with The Beatles, The Prodigy and others. Pink Floyd’s shop is the first to allow fans to complete a purchase with leaving Facebook however.

The jury is out on whether this is a viable way to sell music, or if the fairly basic commerce functionality is just a duplicate of other channels.

Woolworths’ wanted to give its community of over 144,000 South African Facebook fans a way to shop from within the site, and create a fairly basic f-commerce app a few weeks ago.

This is another newer example, so there aren’t any statistics to back it up just yet – but the content is clean and easy to navigate, which falls in line with the brand’s online strategy.

Nikki Cockcroft, head of online at the company, said that: “F-commerce forms part of our on-going three-year plan to make shopping with us even more convenient.”

Procter & Gamble’s Max Factor make-up was for a time being sold on a shop tab on the brand’s UK Facebook page, with the check-out taking place on Amazon.

This is an interesting example, as the purchase wasn’t completed solely within Facebook. You’d imagine that Facebook wouldn’t want to relinquish control of the commerce aspect, and that Max Factor wouldn’t want to disturb its relationships with core sellers by going direct.

Yet the removal of any problems relating to logistics and fulfillment, combined with beautiful design, made this a great match theory. The fact that it’s no longer live however, and the page now links clearly to Boots and Superdrug’s websites probably says a lot about stirring up competition. That’s not to say that such a partnership wouldn’t work for other brands. 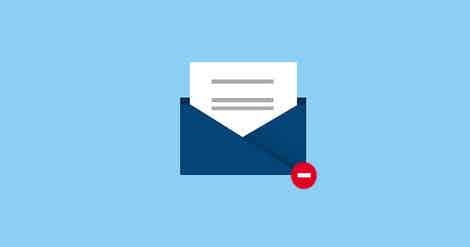 With recent news that Google is more forcefully entering the social realm by integrating Google+ into its results, what about Facebook? What impact could it make in search?

While Google and Facebook have a very similar number of users, there is a notable difference in the revenues they extract from their users. Google makes over seven times more money, pulling in $29.3bn a year while expert estimates (Facebook is still privately held) puts Facebook’s ad revenue at about $4bn (this year).

Search is, quite simply, the best game in town, commercially speaking.

It has been a year since social media helped spark demonstrations, protest and social-political revolution across the Middle East and North Africa.

The Arab Spring of 2011 saw communication via Facebook, Twitter and YouTube garner a degree of popularity which had yet to be seen in the region – and proved dangerous enough that efforts were made by some governments to shut social services down.