It’s become tradition to begin this weekly roundup with a stats-based pun.

Sadly I can’t think of one to top my Taylor Swift effort from a few weeks ago so I’m going to put it on hold until your usual author is back in the saddle next week.

So, on with the show, and this week the stats include social media complaints, email marketing, digital marketing agencies, online video advertising, and ecommerce in the Nordics.

And for more of the same download our Internet Statistics Compendium, or check out our new monthly roundup of digital and ecommerce stats from around Asia-Pacific.

Ecommerce in the Nordics

It’s been a while since we had any Nordic data in the stats roundup, so I’m pleased to report that PostNord has published a load of information about ecommerce deliveries in the region.

People in the Nordic region are shopping online more and more: between January and April this year, ecommerce increased by 7% compared with last year.

The Danes surpassed the Norwegians as the population that shops online the most (76% and 75%, respectively), but the percentage also increased slightly in Sweden and Norway. Research by Ofcom shows that Brits are spending twice as much time online as they were ten years ago.

Back in 2005 internet users were online for an average of 9 hours and 54 minutes, but that figure now stands at 20 hours and 20 minutes.

This has obviously been fuelled by smartphones which mean we never, ever have to go offline. Ever.

In blog we trust

According to a survey from affilinet bloggers are the third most trustworthy source of information behind family and friends.

People were asked whether they trusted the opinions of mainstream media outlets (magazines, newspapers, and online titles tied to a publisher), or independent bloggers/vloggers more, when it came to purchasing decisions, and the bloggers came out on top: 57% vs. 43%.

The results came from a survey of 2002 UK consumers conducted in February/March 2015.

Now I shall attempt not to abuse the trust you’ve all placed in me. A quarter of social media users in the UK have made a complaint over a social platform in the past three months.

This is an eight-fold increase from January 2014 where 3% of consumers said they used social to complain.

The report by the Institute of Customer Service found that brands were generally able to deal with this wave of negativity, as 64% of customers describe their interactions as “a good experience”, with just 14% suggesting their experience was less than positive.

Just over 2,000 people took part in the survey.

Brands are apparently bringing more digital marketing work in-house, according to a SoDA survey of 680 decision-makers.

It found that 27% of clients now claimed to work with no agencies, more than double the 2014 figure of 13%.

However that doesn’t mean agencies are becoming obsolete.

Three-quarters of client-side respondents reported that digital agencies were likely to become a ‘lead’ partner agency, and that product innovation has emerged as a new business opportunity.

Around half of agency respondents said they were now acting in a consultant role, advising clients on new product and service offerings.

But is anyone watching?

It’s not all rosy in the world of online video.

Research by Google shows that, outside of YouTube, the average viewability of online video ads was 54%.

This is going by the IAB standard that 50% of an ad’s pixels must be visible on screen for at least two consecutive seconds.

The main reason for such low viewing figures is tabbing, as 76% of ads were running in a background tab while users were busy elsewhere. Global advertising revenue from online video doubled between 2011 and 2014 to reach $11.2bn, according to data published by HIS and Vidiro.

TV ad budgets are being cannibalised in some markets as advertisers shift to digital formats.

A study carried out by Microsoft Canada has discovered that so-called ‘digitally savvy’ consumers have high bursts of intense attention at the beginning of a task that then fades over a sustained period of time.

However, much of the information is still committed to memory.

In comparison, people who use digital less frequently show lower levels of interest at the beginning of a task, but increased attention to detail over time.

This would suggest that digital marketers need to dumb down their adverts even more than they have already.

To finish off this week’s roundup, which many people are already saying is the best stats roundup we’ve had in quite some time, here’s an infographic on email marketing from the DMA.

Click on this preview to view the whole thing. 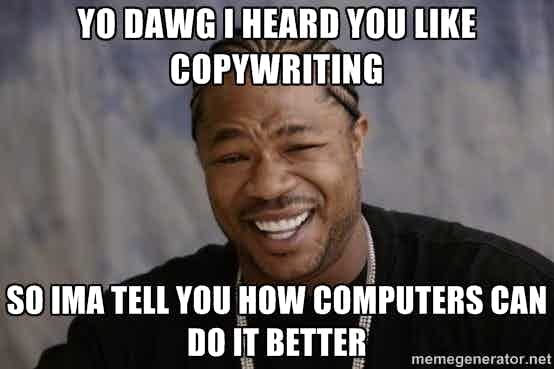