It’s the round-up of weekly entertainments from around the internet that doesn’t really have a consistent name.

You have a collective name though, dear readers. You belong to an exclusive group known only in my head as Rounders.

Yes Rounders, a loyal group of obedient troopers, grateful for this fleeting few minutes of joy every week.

It is to you Rounders that I dedicate this week’s, and indeed every week’s round-up.

Apart from last week. Last week’s round-up was dedicated to William G. Morgan the inventor of volleyball, for reasons I shall keep to myself.

Since 1951 many Hollywood movies have featured a generic scream called The Wilhelm Scream. It was first recorded by actor Sheb Wooley for the movie Distant Drums.

This video below highlights a campaign to replace the infamous scream with a bank of generic screams so that Wooley’s widow no longer has to suffer the fear of catching her deceased husband’s cry of pain while watching anything from Toy Story to Star Wars to The Harry Hill Movie.

To measure the obscurity of your favourite band (yes you, you fixed-gear bicycle riding, craft beer drinking, bespectacled fella with the fancy moustache and greasy burger) Priceonomics looked at the number of Facebook likes that band’s Pitchfork review received. The results are surprising. Who knew The National were the token band of choice for the “beer me, bro” generation? I did. I knew.

This gloriously brain melting, eye-seering Japanese music video is unlike anything you will ever see in your life. Full of parallax scrolling, multi-layered madness and a rather quite bitching guitar solo. Courtesy of Dr Buckles.

“Infusing it with an obscenity favoured by mobsters”

Fit to Print documents how the New York Times puritanically writes around expletives, in a way that often just draws your attention to the very words it deems unprintable. Fly Art is the marriage of two of the finer things in life: hip-hop and art. Click below for the Tumblr site. How old before I CAN say yes please to a stranger offering me ice cream and cookies?

This adorable kid fails to grasp an important life lesson.

The greatest audience member that ever was

Thanks to this reddit user whose childish name I won’t print here.

So it wasn’t heavy metal after all

Click  the eye-opening stat below for more from Time’s study into the behavioral influences of music.

@JamieDMJ photoshopped what some celebrities would look like based on their worst fan art. Say hello to the new member of the content team. Just like the worst bosses, he is a little on the ‘loomy’ side.

Hal Douglas passed away on March 7. If you don’t know the name, you will definitely know the voice:

That’s your lot for this week.

Me and the internet have taken the afternoon off to go see the Veronica Mars movie. It basically paid for the entire thing to get made, so the least I can do is buy the popcorn.

For more internet hijinks, check out these 12 reasons why the internet is a maginficent place. 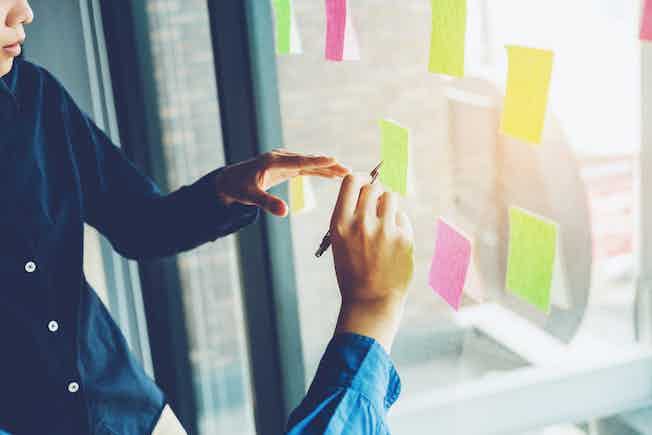 The strongest aspect of the roundtables Econsultancy runs around the world is that marketers drive the conversation. If they want to jump from emerging trends to what annoys them about digital marketing sales pitches, we’re happy to sit back and learn something.

That’s just what happened at one of our South by Southwest roundtables, co-hosted by Rapp and Adometry. What emerged was the start of this list of dos and don’ts that we hope will help save time and sanity on both sides of the table.

In this post, client-side marketers share their unvarnished advice on how digital marketing sales people should improve their pitches.