Magento 2, which was first announced more than 1,500 days ago, will shake things up and even more medium-and-above sites will switch across to it.

The era of giant phones arrived in 2014, and will finally bump up conversion rates on mobile a little more, and they’ll become a real buying device for a lot more people.

It’s hard to split out the different iphone versions in Google Analytics, but this helps for iPhone 6+ Safari:bit.ly/sixplus .

The ‘6’ is quite a lot like Samsung’s S4 was. If you look at the numbers in Google Analytics for that device & the subsequent versions, you’ll see they usually convert better than most other phones.

In 2015 someone will finally launch a social shopping platform that takes hold. Like Tumblr or WordPress.com where your little blog forms part of a much broader ecosystem, and users can buy across multiple seemingly standalone sites through a unified basket or payment system.

But maybe that’s just me hoping: there’s been a strange situation over the last few years where many ecommerce platform changes have benefited very small sites (eg. you can launch a website for almost nothing now), but  most digital marketing changes have benefitted really large sites.

Apps will resurge a bit further next year I think. A few years ago everyone launched an ecommerce app; a few took hold but most did not.

Quite a few of the bigger sites (mostly high street retailers) have relaunched much enhanced versions of theirs over the last couple of years, and eBay are constantly touting the phenomenal percentage of their sales that go through phones, I therefore think that these will come back again for smaller sites – especially those doing lots around content too.

I’m still holding out on the idea that Apple will eventually launch a method of buying through any device using them as a payment provider.

I think they’ll eventually launch something so that you can buy across any device using them as a payment provider.

Google Analytics ‘enhanced ecommerce‘ will be simplified and start to properly take off.

We’re in a strange situation where Google has launched this – an incredible add-on that lets you see clickthrough rates on products in search & category pages, lets you compare add to bag rates within and across categories, lets you properly take care of returns and promotions – and yet it’s too fiddly for most to get working right and so it’s not used. I hope that will be fixed.

Cross-device tracking will become more accepted and make a big difference. I’ve got my own cross-device tracking tool running on some sites, and it’s very interesting looking in particular how regular customers dot between devices, some buying across all three device types.

There are some patterns within it, the three most obvious being ‘time of day’, ‘first purchase’, and ‘size of basket’ all having an effect on which device users seem more likely to use.

From a legal point of view things are a bit of a mess for small retailers selling digital goods. It seems once every two years an EU directive gets introduces that messes things up. #VATMOSS is the current instance of this, but I’m sure more will come in the UK.

Google’s stranglehold generally will continue. People think of it largely in terms of search, but of course its display network is huge, they pretty much own the web analytics market up to enterprise, and Gmail and the new tool ‘inbox’ are growing nicely.

Inbox and Gmail in particular changed things over the last year. Bundling of promotional emails seems to have had a little bit of an effect, and that is only likely to increase; they changed the way ‘opens’ are tracked in Gmail too which meddled about with things. Alongside all of that, whey will of course push even more heavily into ecommerce with search and do it all very well as they always do.

People have started to get a bit smarter around retargeting: using it purely for new customer acquisition, instead of blanketing everyone, or using it to win back customers rather than targeting those who were probably going to buy anyway.

On email a bit more broadly: Email seems to have come to the fore again in 2014, with more and more sites adopting those ‘Sign up for our newsletter!’ pop-overs as soon as you land on the site.

I think that will continue in two different strands: Firstly people will get a bit cleverer with email as a customer acquisition channel; Secondly I think people will start using those overlays a little bit more creatively (or at least I hope so).

I think we’re going to start seeing some more stripped back experiences, built for speed, driven by tremendous search functions.

I can expect to see less of the ‘content ghetto’ where editorial and product are distinct areas of the site.

Microcontent-ey user signals are already a mainstay of Product Listing Pages, such as ‘New Arrival’ or ‘Exclusive’, but I would expect to see product and content merge in these places, with guides, looks, and editorial combined with products on a single “listing” page.

There’s a realisation coming that the customer journey does not start and end on their site, but is a much more fluid multi-site journey, not just ROBO but including social, blogs, offline media and yes, competitors. It’s a flip from the old omnichannel thinking of “The customer comes to me in these ways” to ‘here’s how I am in the places my customer is’.

Finally, I would expect to see a wake up from the complacency of 2014. We’ve all got a bit too familiar and happy with the status quo this year, but if even the mighty ASOS can take a tumble by taking its audience for granted, so can everyone else.

Complacency is a disease of the successful, we need to regain our hunger!

I predict a continued increase in investment in in-house capability, reducing the dependency on third party agencies and consultants to adopt a stronger gamekeeper policy.

We’ll see a growth of in-house analytical and optimisation teams in recognition that data is the key to success.

2014 has seen C-level decision-makers recognise the value of senior optimisation experts and put budget into recruitment, rather than spending big on an enterprise tool and using it only for reporting.

Indeed, according to Econsultancy’s Measurement and Analytics Report 2014, more than a quarter of client-side respondents say they have more than five employees dedicated to data analysis.

This is double the proportion in the 2013 survey. Shift in mobile focus from apps to mobile web

We’ll see a shift in mobile focus from apps to mobile web, making sure the UX of web browsing on mobile devices is as good as possible, taking advantage of the latest tech capabilities so that the need for a pure native app becomes harder to justify.

The caveat here is that brands with an established existing app will continue to tap the app market until they see a seismic shift to their mobile site. Apps can still play a key role but I think we’ll see them as differentiated services rather than ‘our website in an app store’.

I expect smartphone traffic to be 50% of our mix by peak trade next year and desktop to only be 25%. So, for us that means a continual push towards mobile excellence.

On the subject of mobile, I expect the number of native app downloads to reduce, certainly in the retail sector.

I expect further multichannel integration, with a continued rise of Click and Collect type services, although many retailers will struggle with legacy systems and unable to fully realise a single view of stock and fulfil immediately from any location.

Those that can, will start to make better use of products such as Google’s Local Inventory Ads.

Lastly, I expect that there will be a widening gap between those that test their websites effectively and those that don’t, there are going to be many good and bad examples for Econsultancy to talk about! 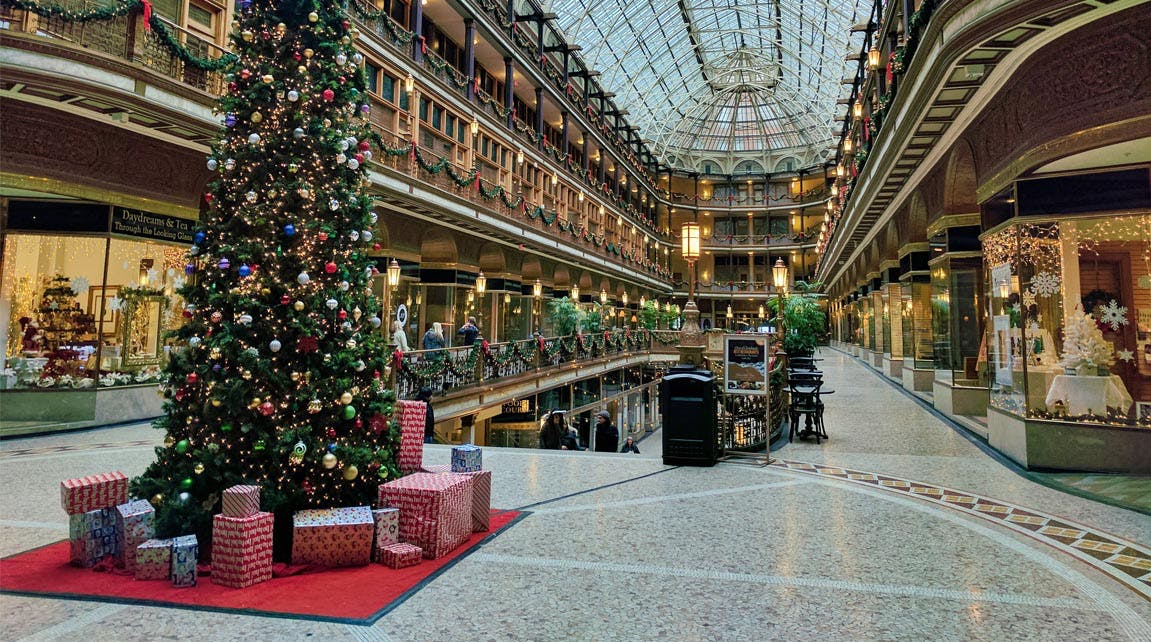