Twitter wallpapers/backgrounds aren’t integral to business, but if a user has found themselves on your profile page, why not hit them between the eyes with some marketing?

Perhaps upcoming events, a product showcase, or something of your history.

There are many things one can do with a Twitter background, and here’s a selection of what’s out there that you can replicate.

Advertising its upcoming Turner and the Sea exhibition on its Twitter wallpaper, NMM Greenwich makes a real impact.

The Turner canvas, exhibition opening and closing dates, and more info such as site address and member price. All this means Twitter visitors are encouraged to visit.

A case in point, I didn’t know about this Turner exhibition, and now I might visit.

The Glasgow Science Centre and The British Museum are just as canny in promoting their current exhibitions.

Both accounts use eye-catching imagery to nice effect. Away from museums, National Geographic advertises its microsite and competition ‘Your shot’, with opening and closing dates.

With nearly 5m followers, this has to have an impact.

There are a few Twitter accounts starting to do this.

Add a key to show the full names behind the initials of your Twitter support team, like Xbox Support does here. Ebuyer has a prominent box on its Twitter background, showing next day delivery details.

Do something a little more than simply your logo

It’s good to get your logo in there, but how else can you smarten up your background?

Rolling Stone magazine nicely introduces its heritage with a selection of past covers, subtly greyed out in the background.

Cosmopolitan uses imagery and text pertaining to its latest issue.

Okay, this is used in the header area and bio, not the background, but if you can fit it in there, it will reach more users on mobile and desktop preview. Atlantic Records manages to fit in a nice little summation of its history, with great acts signed to Atlantic over the years.

Who isn’t inspired by John Coltrane? Penguin Books UK uses its tagline of ‘We make stories’ to deliver a little more impact to its background.

In many ways, one can think of the Twitter background as an ultra distilled piece of branding, if you’re going to use it in this way.

Think of it as a hard hitting piece of direct marketing.

From a different sector, the American Cancer Society uses this space differently, delivering a slogan, call-to-action and logo effectively down the left hand side of its Twitter background.

In the third sector, making noise is important. One of my favourites comes from NHL.

It is beautifully simple – an image of what appears to be ice skate tracks. It’s subtly dramatic, and conveys a bit more emotion than the logo. Tottenham Hotspur’s feed is currently showcasing some of its natty merchandise that Twitter’s North London hipsters might not have known was so natty.

I presume it’s available to order online and so the more Spurs can promote it to their fans worldwide, the better.

Fast food restaurants are fairly active on Twitter, with target audiences that, in part, embrace social media, so it makes sense to promote that delicious new burger that could keep customers away from McDonalds. Schuh does this nicely with its background.

Just as it does in its tweets.

The Twitter bio doesn’t give enough space to promote these, so why not add icons and URLs to your background. Doubtless many customers will turn to Twitter because they don’t like the telephone, or they aren’t having much luck on hold.

Even so, it’s nice to have a prominent customer service telephone number on a Twitter background and bio – yes calls cost more than tweets, but there’s the opportunity to actually talk to a customer. Here Nordstrom lists it prominently. This is the strangest Twitter background I found, for AO.com (Appliances Online).

Quite why these three are so happy about white goods, I don’t know. I feel a Tumblr coming on.

Hyatt releases its Q3 results today, so I thought I’d pre-empt the webcast and take a look at the company’s digital efforts.

Is its digital marketing as good as the hotels? And how do its efforts compare to some big name competition?

It turns out Hyatt is fairly solid, online. I didn’t get mad trying to use the website, and everything was easy to find, with a good mobile presence.

To take it to the next level, Hyatt would have to redesign its website to match the modern design of RoomKey or Top10.com.

It would also be great to see more rich content on the Hyatt website, rather than simply its social channels. This would allow more of the atmosphere of the hotels and the ethos of the brand to suffuse the browsing and booking process.

Let’s have a look at the brand’s paid, owned and earned digital content. 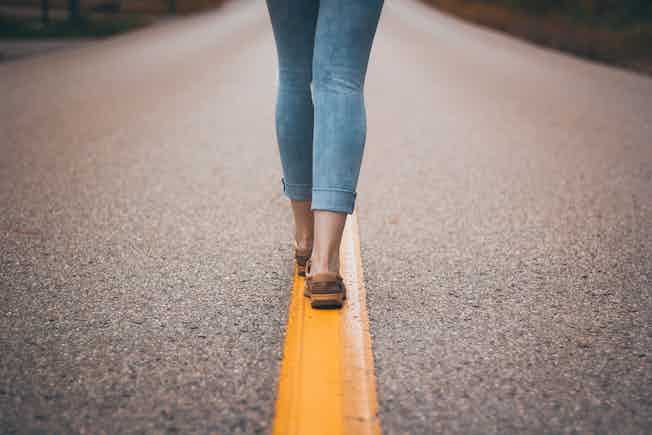 Let’s face it: the internet is never going away. However, for some small retailers, the disruption caused by the internet has been a painful experience.

It’s also undeniably a major contributing factor to the reduction in the number of retail outlets that are open and doing business.

So what can small retailers do? Starting with planning, I’ve outlined some steps you can take to use the internet and other digital technologies to their advantage (most of which comes straight from our How The Internet Can Save The High Street report and follow on from a speaking event I did with Royal Canin).

This is a bit of a long post, so you may wish to bookmark it to return to later. Or take a nosey at our Fast Track Digital Marketing training to get a further deep-dive into what I describe.

Read below to find out how to start moving!