Once a relatively niche consideration for brands and consumers, sustainability has moved dramatically up the agenda in recent years, following greatly increased public discussion and awareness of environmental concerns. It’s fair to say that sustainability is now a mainstream concern, and one that both brands and agencies can no longer afford to overlook.

This extends to not just the “obvious” sustainability concerns like the carbon footprint of ecommerce shipping or the waste created by physical products and their packaging, but also much less tangible things. While ad agencies, digital marketing consultants and other suppliers of virtual services might have felt that they were exempted from the conversation around sustainability, or felt unable to take concrete action on environmental issues, attention has now turned to the way that digital and virtual services, such as digital advertising and marketing, affect the environment.

After all, even the virtual world is powered by energy and therefore generates emissions, and business activities associated with the ad industry, like travel, can also be tracked and their carbon impact calculated. As we move into 2022, the wider industry is increasingly beginning to reckon with this impact and take steps to counteract it.

In November 2020 the Advertising Association, together with the Institute of Practitioners in Advertising (IPA) and the Incorporated Society of British Advertisers (ISBA), launched an industry-wide initiative called Ad Net Zero that has set out to achieve “real net zero carbon emissions from the development, production and media placement of advertising by the end of 2030”. Marking the launch of the initiative, the AA’s Climate Action Working Group (set up in January 2020) released a report in partnership with think tank Credos, which estimated that operational CO2e (CO2 equivalent) emissions from the UK’s ad industry alone exceed 84,000 tonnes per year. On this basis, it estimated, the industry as a whole could have a carbon footprint of more than a million tonnes.

Another high-profile venture to tackle the issue is Scope3, set up by AppNexus founder and adtech veteran Brian O’Kelley. Scope3 is a public benefit corporation aiming to assess and reduce the environmental impact of digital ad production, and takes its name from Scope 3 carbon emissions, which refers to emissions not generated directly by a company itself, but by entities in its supply chain. These types of emissions are increasingly coming under scrutiny, for example from major corporations like Unilever, Philips and Chanel as they strive to demonstrate their total commitment to sustainability.

Tools are also becoming available that enable organisations to calculate the carbon footprint of their ad activity, such as a carbon calculator released by Good-Loop in June 2021, and one created by AdGreen, another initiative from the Advertising Association, in September. AdGreen also offers services such as sustainable production training, help with switching to renewable energy sources, a Creative Offsets programme to offset unavoidable emissions, and more. While these types of measures are still far from commonplace, digital organisations are being presented with more options to demonstrate commitment to eco-friendly action, and have an opportunity to raise the bar for the wider industry by doing so.

The increase in public awareness of environmental issues has also led to increased scrutiny of so-called “greenwashing” in advertising, in which companies invest in ads that mislead the public about their eco-credentials. Last September, the Advertising Standards Authority announced that it will be launching inquiries to analyse environmental claims made by companies in sectors like energy, waste and transport, and that it will commission research into the carbon neutral and net zero promises made in ads. Google has also updated its Ads policy to prohibit advertising for, and the monetisation of, content that promotes climate change denialism; and while this is definitely at the extreme end of the spectrum, it doesn’t preclude the possibility of other action being taken to clamp down on organisations that misrepresent their eco-credentials. Advertisers should make sure they are carrying out due diligence on messaging that they are involved with, to avoid headaches further down the line.

The conversation around sustainability and environmentalism is far-reaching, and it may seem to organisations new to thinking about these questions that there is an endless list of things to consider. However, there is also an increasing number of resources available to help, and companies that can show that they are at least beginning to grapple with the issue and taking meaningful steps to address their impact will stand out as a result – putting them in a better position to win business as well as, of course, becoming part of the solution to advertising’s impact on the climate. 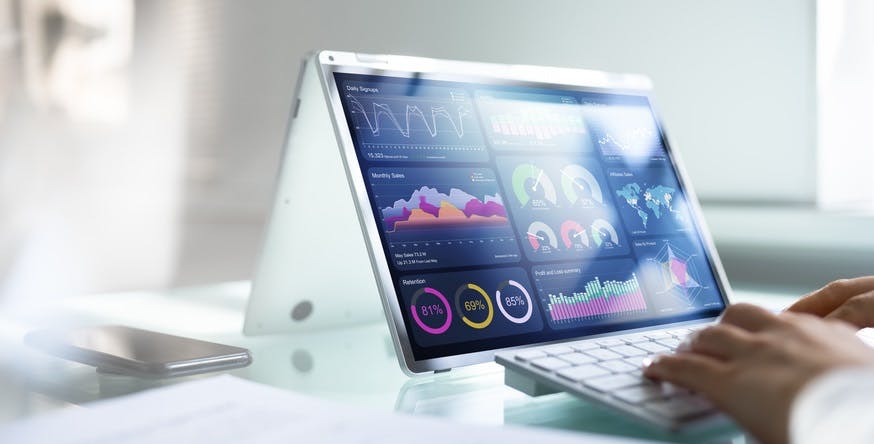 Marketers must embrace good data ethics in order to succeed in 2022, with organisations needing to offer real value in exchange for customer data.