‘The Beast from the East’

Alibaba is a considered by many to be the “Amazon of China”. Founded by Jack Ma in 1999, Alibaba has dominated the ecommerce world in China.

It has dominated Chinese ecommerce, and is beginning to expand to a global audience.

Alibaba’s IPO was the largest the world has ever seen. The Chinese company raised $25bn, valuing the company at $231bn, more than Amazon and eBay combined.

A name that may have been previously foreign to many, Alibaba is on track to becoming a household name in the world of ecommerce.

How does Amazon compare?

Amazon isn’t too shabby, either. Its 2013 revenue of $74.4bn places it as one of the most successful retailers in the world. A favorite destination for shoppers looking for a deal, Amazon is so popular that when its site went down for 49 minutes in 2012, the company lost $5.7m.

Amazon is extremely popular in America, but its expansion into China has been dwarfed by the massive Alibaba.

Alibaba’s revenue is smaller than Amazon’s, but it is growing like crazy. Not to mention, it has much larger profit margin than its American counterpart. Amazon’s profit margin is .54%, and Alibaba’s is 50%.

Regardless of margins, it’s obvious both of these companies are online powerhouses. But how did these companies become so large and popular? Two words: pricing strategies.

One of Amazon’s main pricing strategies is loss-leading. If you’ve sold on Amazon before, you know that Amazon’s prices are the hardest ones to beat.

The company loves providing consumers with good deals, even if it puts them at a loss (remember their profit margin?). Amazon’s prices are so low, that 57% of showroomers have used it as a benchmark to find the lowest possible price.

Another popular price strategy of Amazon’s is dynamic pricing. Amazon is known for changing its prices every ten minutes according to fluctuations in demand determined by web traffic.

Similar to airlines, if Amazon sees you have visited the product before, it will adjust its price to influence you to make a purchase. It will use competitors to determine its price to provide consumers with the best deal.

The strategies used by Amazon kill its profits in the short-run, but help the company move inventory and increase revenue exponentially higher than its competitors.

Its sheer volume of products sold, as well as its high customer lifetime value, help the company succeed in the long-run. The company undercuts all of its competitors on the fastest moving products on the marketplace, such as electronics and housewares. Even when

Amazon doesn’t have the lowest price, it will take its coveted Buy Box, and vice versa. Its algorithm is so complex and is a coveted secret.

Alibaba, on the other hand, uses low prices to sell its products as well. One of the benefits of selling in China, however, is the easy access to inexpensive manufacturing.

This greatly lowers costs for Alibaba and boosts its profits much higher than Amazon’s. When the Chinese company implemented a penetration pricing strategy to impose a low price for the range of products they offered, it emerged as a B2B leader.

Discounts are another strategy utilized by Alibaba. By offering discounts for its products, the company can stimulate sales and retain customers, especially during the busy seasons.

If Alibaba sells products at such a low price, how does it have such a large profit margin? It provides value-adding services, such as fast shipping and handling. Alibaba does not use free shipping as liberally as Amazon, and the charges boost the final price of the product past production costs.

Where shipping fits in:

The marketplace’s free shipping was putting it at such a world-wide advantage that France had to pass a law that prohibited free shipping for books. How did Amazon respond? It raised shipping fees to one cent.

While far from practical, Amazon’s tactics and strategies have placed it as one of the most successful businesses in the world. The company’s revenue has been larger than the GDP of over half of the world’s countries combined, and its profit is miniscule at best.

Alibaba, on the other hand, has had great profit margins, and an annual revenue that is growing extremely fast. With its global expansion, Alibaba is going to give Amazon a run for its money, and spark one of the greatest fights for power the world of eCommerce has ever seen.

The outlook of both companies

Amazon’s recent Q3 results have disappointed many. A $.95 drop in earnings per share was actually worse than the $.74 loss projected by analysts. Q3 revenue was expected to reach $20.84bn, but fell short by approximately $260m.

Are these numbers a sign of times to come? Investors are spooked by Amazon’s earnings, and the company may have no choice but to reprioritize its strategies to please its shareholders. These results may not come off as a drastic loss for the company, but it could be the small push Alibaba needs to get Amazon on the ropes in America.

What other retailers can learn

While Amazon and Alibaba are larger than most retailers, their pricing strategies can certainly be applied to help other retailers succeed. From day one, these companies knew what they wanted to accomplish, and understood how they were going to accomplish it.

Obviously a permanent loss-leader strategy that turns close to no profit is not going to work for most retailers, but it works for Amazon. And extremely low manufacturing costs might be unique to Alibaba, but retailers can still learn a lot from its success.

So what’s the takeaway here? Play to your strengths. Amazon has access to an enormous amount of data – not only its own sales data but their marketplace sellers as well.

It capitalizes on this data by using it to inform pricing and automating it to keep up with changes in the market in real-time to remain the loss leader.  Alibaba’s location gives it access to low manufacturing costs, which helps it to penetrate markets using low prices.

Not everyone has the resources that these giants do, but every retailer has its unique strengths. Does your store have excellent customer service? That’s your strength.

Play to that and use it to justify a price premium (hello, Zappos). Analyze the different pricing variables to identify opportunities to create and capture value.

Will Alibaba be crowned the new leader of ecommerce? Only time will tell, but this can be said: Amazon’s remarkably low prices are a major point of differentiation for the company.

If it loses this, it will have to find a way to make up for it. Alibaba already has low prices, and a killer reputation for its customer service. It’s hot on Amazon’s trail, and the Seattle company cannot afford to trip up.

More recently, Amazon has fallen victim to a plethora of negative publicity regarding its treatment of Hachette Authors’ books. Right now might be the perfect time for Alibaba to take a strike at the United States market.

But how will Alibaba issue its first blow? It will wait for the holiday season to pass (it’s too late now), but then what? The holidays can help retailers turn a profit, and provide Amazon with an opportunity regain trust despite some negative publicity and disappointing results.

Or maybe Amazon’s questionable practices will sway the minds of many, redirecting them to other retailers, and putting Amazon at a loss. Whether Amazon is weakened or not, one thing is for sure, Alibaba is going to come out swinging.

What other pricing strategies have you seen Amazon or Alibaba use to become more successful?

It seems that, as well as falling for Black Friday, the UK’s ecommerce sites staged some big Cyber Monday promotions.

Most sites have sales on today, so how are they dealing with sales? Are they providing a good user experience? 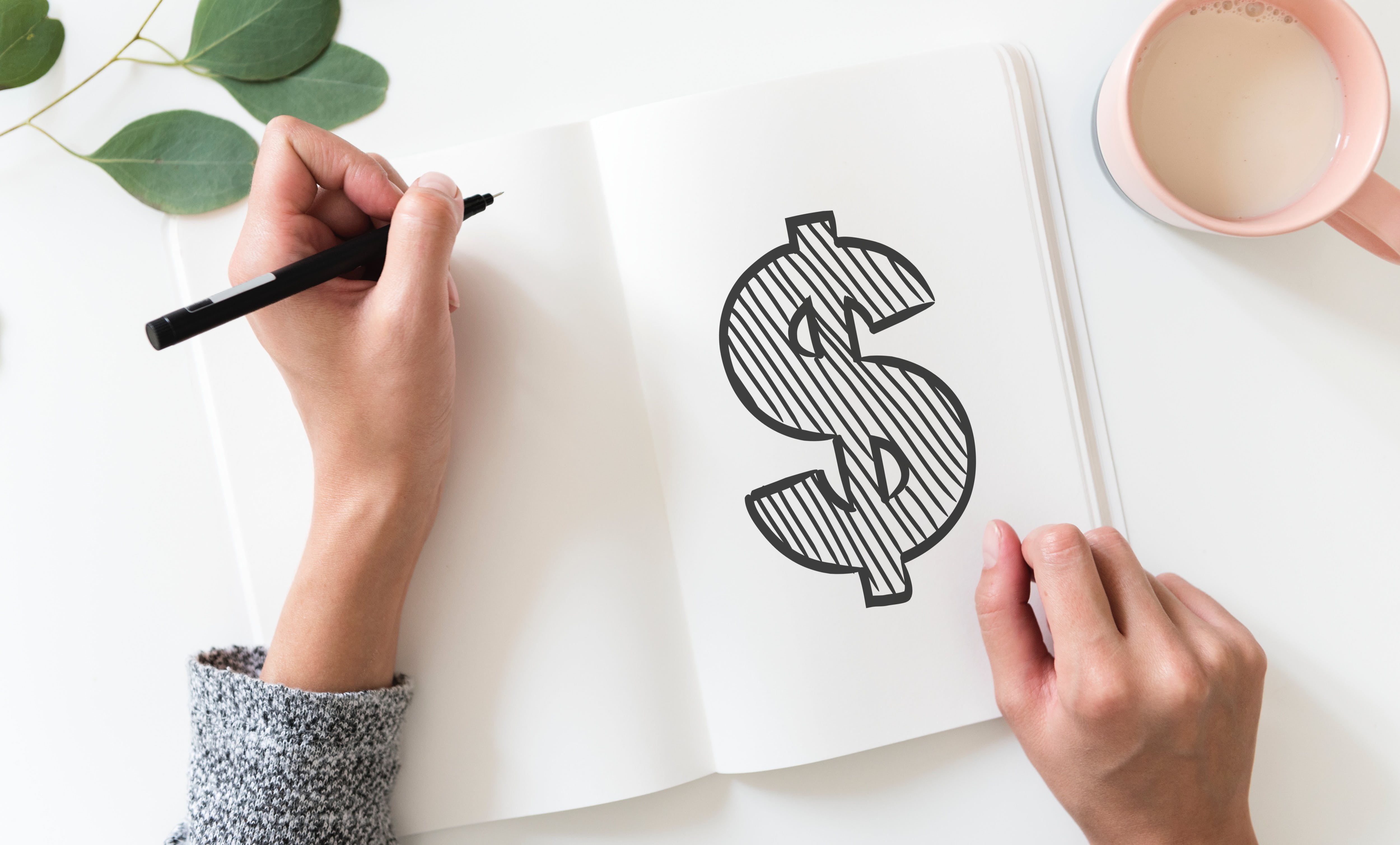 We live in a constantly changing market, why should your prices be static?

That title’s kind of a big statement, but it’s true. Customers face an array of prices for identical items from store to store. But why?

Well, some stores are trying to beat competitors’ prices, and others are raising prices based on an increase in demand.