So, what’s behind the change? Here’s a bit more on the story, as well as why the move has so far proved successful.

About.com first launched in 1996 as a website featuring expert advice and information on a wide range of topics. While the formula proved to be successful for a number of years, the brand was reportedly floundering in the face of competing lifestyle publishers.

Now separating its content into separate verticals, it is aiming to combine the authority of the former site with a more accessible and simple design. In other words, each site is designed to offer a user experience that complements the topic.

For example, when it comes to the subject of money, a user might be more likely to search for a specific article rather than browse through categories. This is reflected in the direct nature of The Balance’s main menu – About.com’s new financial site – which asks the user what exactly it is they’re looking to solve.

The Spruce’s Pinterest-like design is highly effective for encouraging this less structured user experience. Content is separated into loosely labelled categories like ‘Must Reads for Pet Owners’ – designed to catch attention more than anything else – while each page contains a multitude of related articles. Similarly, it is clear that The Spruce is designed to be inspirational as opposed to merely functional – something that was evidently missing from home articles on About.com.

Another aim of the About.com rebrand appears to be to create spaces that users feel comfortable in, and removing the danger of feeling overwhelmed or overloaded with content. With many visitors landing on the site from social media or links on other sites, clarity over subject matter and navigation is also key – factors that each new site clearly strives to offer.

So, how have users responded to the new sites? According to reports, The Spruce, The Balance and Lifewire all rank as top 10 websites in their respective sectors, all drawing in between 6m-10m unique users in the US each month.

Similarly, Verywell – the new health site –  is seeing a clickthrough rate three times higher than its former incarnation on About.com.

While evergreen content means that the sites are still getting traffic from existing links, the rebrand does appear to encouraging greater traffic.

What’s more, it is likely that the new sites will also encourage greater activity on social in the form of shares and user engagement. While About.com had both scope and notoriety, its size was becoming its downfall, with articles becoming lost and users failing to make any real connection to the overall brand.

With even more vertical brands to launch soon, the next being travel site TripSavvy, About.com looks set to change its former reputation for good. 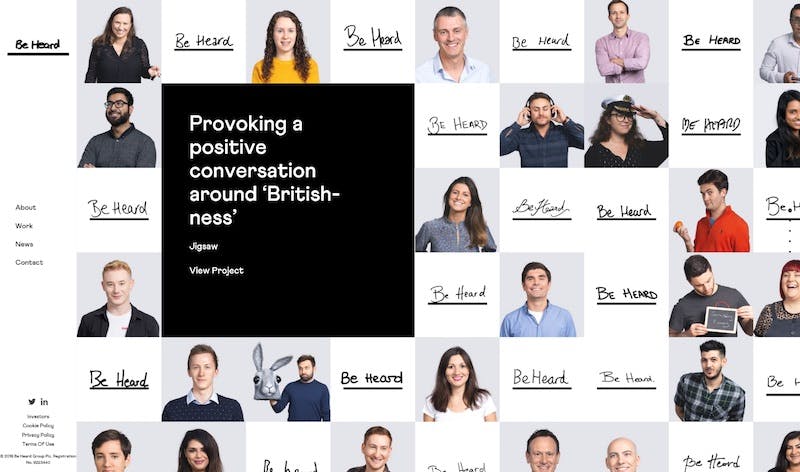 Agencies are often too busy working on other people’s digital products to actually sort out their own websites. However, there are plenty of good agency sites out there. And we’ve selected 10 of them. Most are from Econsultancy’s Top 100 Agencies report (free to download), which has a UK flavour, though many are international. Am I an expert […]

Following on from the success of last year’s ‘Mission Impeccable’ push, Ted Baker is going one step further for its new Spring/Summer campaign.

With activity on Instagram Stories, in retail stores, and with the launch of a new kind of shoppable film – it’s another example of Ted Baker’s multichannel approach to marketing.