I was perhaps facetious with my headline – this is technology that big media agencies will need to be convinced by, and with all the noise in the ad tech world at the moment, it will only succeed on merit.

Nevertheless, it feels like there is a backlash against targeted ads at the moment – with some believing segmentation of audiences leads to dilution of a big idea in favour of atomised creative.

I lean slightly towards the creative angle on this one, and though this facial analysis tech is more about user testing than targeting audiences, it still plays a role in the same debate – shouldn’t we just trust our great creative minds?

It provides insight after the fact

You’ve created your incredible new ad. You show it to a focus group using this new technology and despite impassive feedback, their faces hint they are confused and disgusted. Back to the drawing board.

Of course, this is an oversimplification. Creative doesn’t have to be polished before focus groups are conducted, but great creative, in essence, will always be a punt of sorts.

Focussing efforts on just one big idea is how creatives are used to working. It can’t be done at scale

Focus groups, though representative samples, simply aren’t carried out at a great enough scale to reliably estimate nationwide reaction to a video ad.

Yes, they can inform in the research phase, but beyond that, predicting ad success is difficult. Many expensive campaigns have fallen flat and will undoubtedly continue to do so (facial analysis or not).

There are plenty of companies investigating the tracking of video viewers (e.g. TVision and Unruly).

One of the difficulties is correlating reactions to subsequent actions of viewers. What makes a viewer share via social media, engage in word-of-mouth, buy a product etc.?

It won’t spot context or a ‘grower’

Reaction to creative is contextual and changes over time.

To some extent, reaction to an ad can never be predicted. That doesn’t mean it’s not worth trying, but it also could mean that some bolder or more oblique ads might fail initial focus groups, as they need time to take hold.

Not every great piece of art is accepted in the beginning. And ad creative should aspire to art.

Tears are rolling down my face and I’m smiling/laughing. No software needed to see I’m enjoying myself.

If software is needed to gauge people’s reactions to a video, isn’t there a chance that video isn’t doing its job?

Okay, some ads need to be subtle, but mediocre creative should not be ‘validated’ by technology, when the gut is unmoved. It may erode brand trust in creatives

This debate boils down to the incremental dumbing down of media.

I’m not one to bang that drum (I watched the original Big Brother and enjoyed it), but advertisers at some point lost appreciation for the art.

Display lost its way partly due to technology; obsession with impressions led advertisers and publishers to forget about the subjective, which contributed to both terrible UX and forgettable ads.

Backing creatives is the only way to turn round display advertising, either in video or native placements.

We may better understand emotional triggers

Getting a better understanding of how emotions are triggered and what action this results in can only be advantageous.

If Mediacom builds up a dataset/library of reactions over time, there’s no doubt it could prove invaluable.

We’re all familiar with how difiicult it is to cut through the noise on social, without vast amounts of paid placements. Anything that can crank up the organic share count is worth investment.

Qualitative feedback can’t always be trusted. As any product designer will tell you ‘people don’t know what they want until they see it’.

Ad spend and above-the-line is expensive

The money spent on creating TV and video ads is enormous, as is subsequent media spend.

Any technology that can reduce the odds of failure is worth it.

Same logic. If this tech was used religiously, perhaps we would never have seen those famously bad ad campaigns (such as Duffy on a bicycle and Halifax’s ‘ISA ISA Baby’).

User testing and focus groups have already proved their worth. Okay, so user testing of websites (using similar eye-tracking tech) is interactive and more conclusive, but essentially this tech offers a more definitive way of measuring attention.

Let me make it clear, I’ve never worked in a media agency or been an advertising creative. So, where do you think algorithmic analysis of facial expressions will lead? 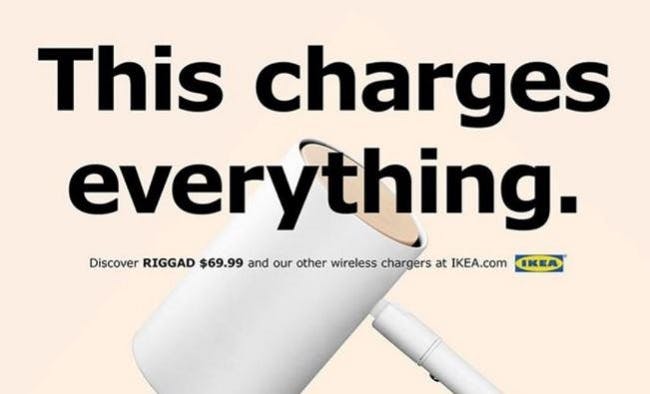 On Friday, Google explicitly stated what it expects from bloggers who receive free products (read the blog post here).

In a nutshell: a prominent clarification of a commercial relationship, a no-follow link and content that isn’t suspiciously hotchpotch.

We already knew this, so why has it peeved some SEOs?