Digital news this week is as rich as French cuisine.

Here’s what you missed…

Single’s Day is smashing it

Today is Single’s Day, the annual sales event created and championed by Alibaba.

According to data from Clavis Insight APAC, $5bn has been spent in the first two hours, 84% of those sales on mobile devices.

The first five minutes alone saw $1bn in sales. All signs point to the biggest Single’s Day yet. Can Western brands take advantage? Hillary Clinton may have had a Snapchat lens and a Snapchat national sponsored geofilter ahead of polling day, but Trump was the better digital campaigner of the two.

Just look at the stats:

Total money raised and spent over the course of the race

Of coure, the biggest factor may well have been Trump’s free media coverage, estimated by MediaQuant to be worth $4.6bn

More analysis of FEC data is available from the FT.

Yahoo chose election day to admit some staff knew in 2014 that a hacker (backed by a foreign government) had accessed its network.

The timing of when senior management found out has not been disclosed.

Verizon may yet reopen the $4.8bn deal to buy Yahoo, if it believes the value of the company has been diminished by this previously undisclosed information.

More from the NYT.

John Lewis’s Bouncer the Boxer Christmas ad was released yesterday and online shares are already looking good, with the ad on course to be the retailer’s most popular.

In case you’re wondering about the John Lewis Snapchat lens here it is on my big head. pic.twitter.com/Z8U1i9FGgG

Netflix has produced a simple web app that lets you rate a friend on their interpersonal skills or get your own rating.

The app apes the technology that features in the first episode of Black Mirror’s third series.

Other smart marketing has included targeting ad blocker users with display ads featuring big-brother-esque messages such as ‘You cannot see the ad. But the ad can see you.’ This feels a little like a soft launch, with the long queues dominated by tech and media industry types.

Snapchat Spectacles were announced in September and mark the company’s development into a ‘camera company’. Cameras mounted above the left and right eye allow users to shoot GoPro-style video. CEO Kevin Systrom has confirmed to the FT that Instagram is working on a live video feature.

Systrom said, “Live is really exciting for us. I think it can enhance what we’re doing…If I’m trying to strengthen relationships with someone I love, them streaming video to me live would be an amazing way to be closer to them.”

As speculation begins about Trump’s policy plans, tech companies will be keeping an eye on tax.

Trump has previously discussed plans to cut tax on repatriated profits to 10% (from 35%).

This will encourage tech giants like Google to bring more of their money back to the US, rather than keeping it in low-tax jurisdictions such as Ireland.

Tesco Bank has paid out an estimated £2.5m to 9,000 customers that were targeted in its recent hack.

With the sophistication and scale of the hack being cause for concern, Patricio Robles asks if it will dent trust in startup banks.

The consolidation of the martech and adtech landscape continues apace, with the latest acquistion that of Tubemogul by Adobe.

Brad Rencher, EVP Digital Marketing at Adobe said “With the acquisition of TubeMogul, Adobe will give customers a ‘one-stop shop’ for video advertising, providing even more strategic value for our Adobe Marketing Cloud customers.”

Despite 3,000 extra assistants hired to improve in-store experience, and a more integrated approach to its Sparks loyalty scheme, M&S is struggling to turn things around.

Pre-tax profits for the 26 weeks to October 1 were down 18.6% to £231m (once changes to staff pay and pensions were accounted for).

The retailer’s plan to put the customer first cannot save 30 stores, which are set to close. Further stores will change to Simply Food outlets, as M&S aims to increase numbers of its more profitable food stores by 200.

Every year we conduct a survey to find out what marketers of all shapes and sizes, or rather titles and specialisms, are getting paid.

The 2017 Salary Survey is now open, so please do take part and contribute to making this as comprehensive a study of our industry as possible.

Happy Black Friday to you all – undoubtedly the most sanctified and unanimously-loved day of them all.

It’s not been the busiest week of digital news, but there’s plenty a discerning reader like you needs to keep abreast of. 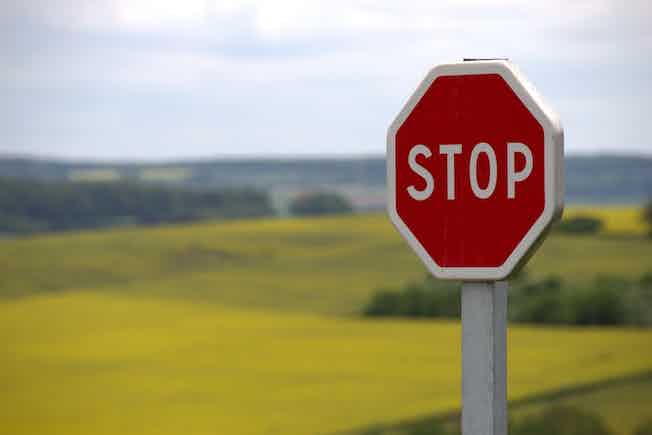 There are plenty of these lists around but as a writer with a scientific education I feel well qualified to create my own.