Did psychographics win it for Trump?

The data is compiled, in part, using large surveys which consumers are asked to undertake on Facebook. This is combined with purchase and behaviour data to create detailed profiles.

In the case of the Trump campaign, the full technique was not brought to bear, due to time constraints, but the company did advise on which states should be visited and where possible swing voters could be found.

Cambridge Analytica also advised the Leave campaign in the UK, and the FT considers whether its work could trigger a change from campaigning/targeting based on previous voting habits to something more personal.

IBM has unleashed Watson on the world of online media planning in the UK.

The company has been using Watson to assist its trading desk in the US since mid-2015, optimising campaigns by learning which audiences are receptive at different times, locations, on different devices etc.

Watson’s input led to an average reduction in cost-per-click in the US of 35%. Google is currently running tests for local inventory ads on mobile, in the US and the UK.

As you can see in the screenshots below, searches reveal relevant product ads (where stock is available in a local store) instead of local business results (the ‘local pack’). Clicking on a local inventory ad takes the user to the business page. Revenue growth estimates for 2017 have consequently been raised from 48% to 53%. Though Taobao marketplace and Tmall account for most of Alibaba’s revenue, cloud computing and media and entertainment revenue is on the up.

‘No,’ he said to BuzzFeed earlier this week, when asked if he has plans to run (after his carefully curated social profiles and increased visits to US states had raised eyebrows).

However, the TechFT newsletter points out that Zuck inserted a new clause in Facebook’s stock restructuring agreement ‘saying that ”serving in a government position or office” would not trigger a “voluntary resignation” from Facebook, as long as he owns more than 30% of the company’s shares or receives approval from his independent board members.’

The Guardian is reported to be considering switching from its Berliner format to the tabloid format and outsourcing its printing.

As The Press Gazette points out, The Guardian Press Centre opened in 2005 with two new Berliner-size printing presses at a reported cost of £80m. But since then circulation has dropped from 400,000 copies per day to around 160,000.

Sean Spicer, press secretary at the White House, tweeted what we all presume to be a password. If only he were the new Ed Balls. Moments has been replaced by Explore, combining search and Moments in one place.

ASDA gives the power of first-party data to advertisers

Asda will now give advertisers access to first-party data through the Walmart Exchange platform, brought over from the US.

UK brands will be able to target ads on Asda’s websites based on shopper data such as purchase and browser behaviour. The impact on in-store sales can then be assessed.

It’s a powerful tool in the battle to link up online ads with offline impact.

This week has been stuffed to the brim with news, thanks, primarily, to The Donald.

Here’s some stuff in digital that you may have missed. 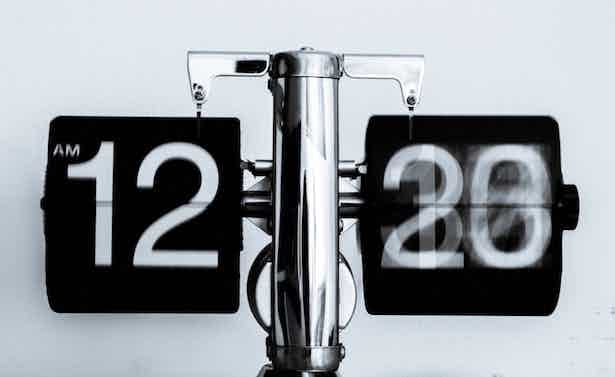 Some of today’s most successful marketers can attribute their achievements to decade-old wisdom dating back to post-war Japan’s ‘just-in-time’ approach.

In those days, manufacturing organizations learned to trim their inventory and produce only what their customers demanded, at the right time, and with the highest level of quality.

Some funny and nostalgic news this week.

Here are the digital stories you might have missed, with added doll’s house, peeing and Snapchat.