It’s a good’un this week, with lots of big stories that you hopefully weren’t already aware of. Beginning with…

Ikea is currently surveying people to ask how they’d like to interact with a virtual assistant placed in smart furniture.

According to TheNextWeb, the questions mainly probe respondents about aspects of the bot’s personality, such as whether they’d prefer a male, female or gender-neutral voice, and whether it should be robotic or humanlike.

Though Ikea claims this is just ‘playful research’ to gauge people’s interest in AI, we can obviously hope that the end result will be smart flat-pack furniture that builds itself.

On its recent earnings call Amazon made overt what until now has been covert. It has designs on taking a big slice of the digital ad pie.

Asked by an analyst whether advertising could become a more “meaningful part of the business”, Amazon CFO Brian Olsavsky said that it was much more of a possibility than ever before.

“Our scale and number of customers, number of clicks, number of eyeballs and new content – video content and other opportunities for advertising has really helped create some in that business,” he said.

Amazon’s ad business will increase by an average annual rate of 37% between 2016 and 2018, leaving it at $5bn. This is small fry compared to Google’s $80bn in ad revenue, but there’s plenty of room for growth.

The rich get richer

Facebook once again beat predictions when announcing its quarterly results this week.

Facebook already employs 4,500 people tasked with reviewing posts among its total of 18,770 staff.

This highlights the ongoing difficulty with policing live broadcasts online. You obviously can’t stop people from streaming criminal content, but Facebook needs to get better at identifying and removing such videos.

Speaking at the Millennial 20/20 conference this week, Fred Jones, Uber’s general manager and head of cities, admitted that the company has failed to establish a brand voice.

“We’ve grown really quickly, but never really had a brand voice in terms of what we stand for and what we believe in. Our service is quite complex with our riders, partner drivers and cities we serve,” he explained.

“This year, we’re looking at what our voice is, and what the best way is to communicate our message to different customers.”

Can marketing gloss over the company’s many, many, many misdemeanours? Let’s wait and see.

Once the preserve of advertisers with mega-budgets, Snapchat is now offering itself to advertisers of all sizes. In June Snap will roll out a new suite of self-service tools that will let any advertiser buy, manage and view reporting on their campaigns.

No minimum spend will be required and all ad formats will be up for grabs.

Previously advertisers had to go through one of Snapchat’s auction partners, so the hope is that by removing that barrier Snap’s ad revenues will increase. 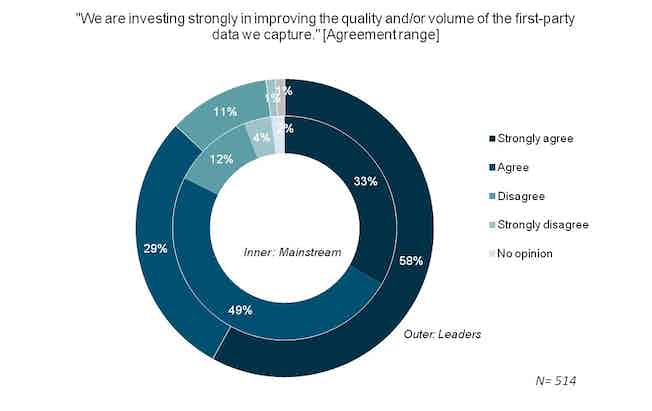 Personalization has always been a core value in digital marketing, but the reality never quite caught up with the promise. Finally that appears to be changing.

The technologies for one-to-one experiences and marketing are available to a wide market and, perhaps more importantly, the capability is seen as a strategic advantage in response to the growing power of the consumer.