The chart below from Business Insider shows estimated worldwide unit sales of 2.4m in 2015 and more than double that in 2016. What makes Alexa so interesting to me is not just the confluence of science fiction and reality, but the uncertainty about just how far this technology will be admitted into our lives.

Most coverage of Alexa and most anecdotal user feedback (from my friends who have splashed out) suggests that the Echo is used for relatively limited functionality – chiefly, productivity and entertainment.

A survey conducted by Statista (see below) showed playing music and controlling smart lights to be the most frequently used functionality. Being able to check and update your shopping list or calendar, play music, search Google – none of this is inconsequential, of course. For many, these features alone are enough to justify investing in an Echo.

But the survey results beg the question – how will functionality evolve and should brands be getting in on the act? The research was conducted at a relatively early stage for Echo (Alexa Skills increased in number by c.4000 between May and December 2016), and the sample size of the survey wasn’t great either.

Are Echo owners now ready for some more varied functionality?

Of the integrations now available in early 2017 there are some that conceptually seem like a good fit. Uber and Domino’s for example. Whilst there may be the odd bit of friction involved, partly due to functionality being tied to one default destination or pizza order, these are surely just wrinkles.

However, for every one of these promising Skills there are others that have been met with derision by Echo owners.

A problem of concept or execution?

The growth in Skills developed by third-party developers is impressive, but look at the number of critical reviews. In the screenshot below I have broken out Amazon’s cumulative frequencies to show the number of reviews left at each star rating. More than a third of reviews are one or two star reviews. Okay, some of these reviews are probably spurious. And not all Skills will work – just as not every mobile app works.

However, some of the bigger-brand forays into Alexa Skills (outside of news, entertainment and connected home) do seem patchy at this early stage. Almost 60% of 63 reviews for BMW’s Alexa Skill are rated one star only. The functionality is limited and is not integrated with all of BMW’s new models. How’s this for a review:

A brand new, $80k+ M4 Coupe and all I can do so far is have Alexa lock my doors, although I can’t check whether they’re already locked or not. “Alexa, ask BMW if my doors are locked.” Reply: “This feature is not supported for your vehicle.”; Not Alexa’s fault though, BMW apparently hasn’t made their end smart enough yet.

To be fair to BMW, they responded, detailing what functionality this customer can try out (check trip details and turn on ventilation), and thanking them for being an early adopter. Even so, could this early release annoy valuable customers in a sector where tech is a big selling point? In the UK, National Rail’s Alexa Skill has critical reviews pointing out poor UX, such as having to keep saying “more” to get Alexa to name every train time, or having to specify an exact railway station, when users often want to name a city. It is perhaps the perfect example of an experience more suited to a screen than a voice.

Some of the Skills available are seemingly scuppered by poor implementation. But some of them are poor concepts, too. Until Amazon adds that rumoured screen to Echo, brands should think carefully whether their Alexa Skill will be a delightful experiment for high value customers or a frustrating waste of time.

Getting involved early isn’t necessarily a bad thing if brands are equipped to fail fast. However, if Skills are not updated regularly enough, they risk achieving the opposite of what is intended and giving users a poor and all-too memorable experience on their shiny new speaker.

Early app developers arguably had a greater period of grace, as the world began to understand the power of smartphones. If Echo devices continue to fly off the shelves, I’m not sure Skill developers can sail as close to the wind. 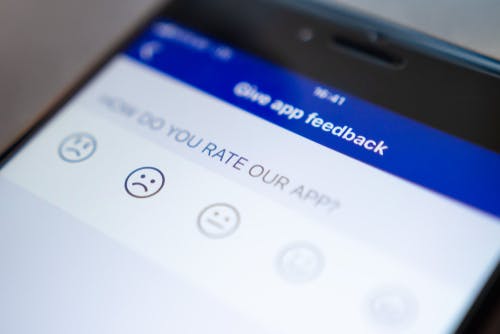 Some companies have customer experience managers or departments, and others do not. Why is that?

The ability for computers to recognise novel images – to ‘see’ – is perhaps the most exciting side of AI. But while most of the hype is centred around computer vision in self-driving cars, there are already plenty of implications for marketers. Here are 10 of them… 1. Smarter online merchandising Merchandising in ecommerce is […]

Neilsen recently reported that sales of ebooks were down 16% in 2016 from the year previous.

Unlike other entertainment industries, such as music or television, consumers appear to be turning their backs on digital in favour of traditional books.