For anyone who is unaware at what happens to traditional retail when Amazon enters the market, take a look at this graph.

Ten years ago, Amazon was a blip on the retail landscape, but now most of its competition has seen its market cap evaporate while Amazon has shot through the roof – and even the 800-pound gorilla of US shopping, Walmart, is reeling from the ‘Amazon effect’.

Asia-Pacific appears to be the ecommerce firm’s next target. Recent headlines give some indication of Amazon’s strategy for the region:

So considering the fate US retailers post-Amazon, what can local retailers do to prepare?

Econsultancy, and many other publications, have written on this topic extensively and the posts offer many useful tips for how retailers in the region can face the Amazon threat.

New research, however, offers some interesting strategies which may offer existing retailers some new ideas about how they can stand up to the ecommerce juggernaut.

In the May 2017 edition of the Journal of Interactive Marketing, Gensler, Neslin, and Verhoes published The Showrooming Phenomenon which highlights research from a professionally-managed panel of 800 US consumers.

The topic of the research was whether the participants ‘showroomed’, that is shopped offline and then bought corresponding items online.  And if they did showroom, why?

Showrooming is a key topic when determining how offline retailers can compete with Amazon as if showrooming is popular then consumers may still visit stores but then complete their purchases online. If, however, retailers can determine the causes of showrooming and discourage the practice then they stand a better chance of selling to the consumer when they are in the store.

Unsurprisingly, the authors found that for consumers who showroom the perception that online retailers offered the best price on average was a factor which encouraged showrooming. That is, the more a consumer was convinced that prices were better online, the more likely they were to showroom.

This is bad news for retailers.  If price is the consumer’s only consideration, then retailers, who incur additional costs like real estate and salaries for salespeople, will struggle to win over customers from Amazon.

Fortunately for retailers, though, price is not the only factor which influenced showrooming.  The authors also found that other factors were equally as important as price, but actually discouraged showrooming behaviour.

So, by downplaying the advantages of shopping online and emphasizing the benefits of shopping offline, traditional retailers stand a chance of keeping consumers when Amazon comes to town.

What should local retailers do?

In the paper, the authors identified four key strategies which offline retailers could use to discourage customers from showrooming.

And because it is the perception that online shopping offers price advantage which encourages showrooming, regularly pricing goods cheaper than Amazon, even at a loss, should discourage showrooming.

Offline retailers, the authors suggest, should emphasize convenience of shopping in their marketing campaigns and downplay time advantages of shopping online.

As the perception that online shopping is difficult reduces the likelihood of showrooming, offline retailers should also highlight how easy it is to shop in their store. 3) Increase the number of sales personnel in the store

Increasing sales staff is the strongest recommendations from the authors as they emphasize that doing so is a simple solution, yet counterintuitive in our era of cost-cutting.

Additionally, the authors say that the number of sales staff, not the quality, is what makes the difference for consumers. Contrary to what many think, research indicates that it is this availability of sales personnel which discourages showrooming.

While the authors admit that their research did not cover consumer time pressures extensively, they did find that consumers who felt time pressure were less likely to showroom.

For retailers whose customers may need goods quickly, such as a supermarket, emphasizing this need may help discourage showrooming.

So, according to the research, traditional retailers do have some options when devising strategies for competing with Amazon.

They also encourage offline retailers to challenge the perception that online shopping is always cheaper, though include the warning that they may end up in a price war, unfavorable to both online and offline retailers.

Overall, though, the research does offer hope that when Amazon launches in Asia-Pacific, retailers will at least be able to challenge the company and not suffer the fate of their US counterparts. 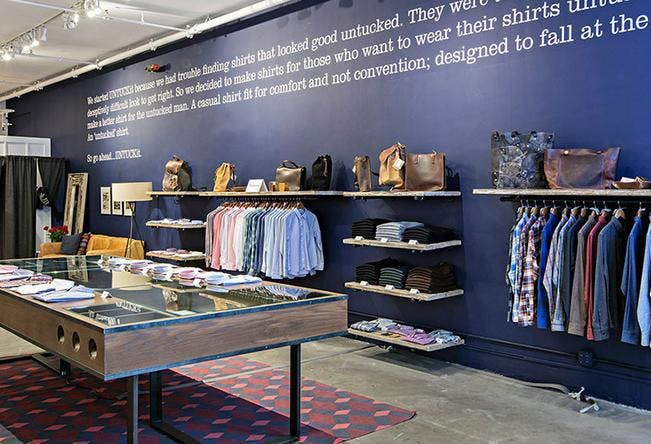 I hate powerpoint presentations. But the exception to the rule is always Mary Meeker’s annual trends slideshare.

This year, Meeker highlights six online retailers as emerging companies with effective strategies. I thought it worthwhile picking them out and adding some more detail.

Klarna works with retailers such as Topshop, handling customer payments and providing ‘pay over time’ and ‘pay after delivery’ services.

We caught up with Product Director Mat Perkins to find out more about his role.

(If you’re after a new role yourself, check out the Econsultancy jobs board)

Amazon is largely credited with killing the physical bookstore.