Mobile professionals have relied on traditional mobile app analytics, which primarily focuses on key metrics, such as number of active users, drop-off rates, types of OS and devices being used as well as where geographically they are being used.

These analytics platforms, like the one Google Analytics provides, emphasize numbers instead of reasons for those metrics.

For example, you may identify that your app’s retention rate is low, but you will not be presented with the data that will allow you to understand why users aren’t coming back.

This is where app user experience analytics takes center stage with its own analytic bag of features which enables app makers to take a deep dive into the UX and understand the ‘why’ behind the numbers.

App UX analytics is most effective in giving app makers what they need in order to refine and optimize the UX, by allowing them to investigate user behavior.

By learning user behavior patterns, you understand why specific actions are performed by your users, making the app optimization process smoother.

The insights you gain enable you to deliver the best possible UX in your app that is critical for retaining users, increasing conversions and maximizing in-app monetization.

At the core of app UX analytics are features you can use to discover the answers you need when it comes to optimizing your app.

The two critical ones:

These allow you to see your app through your users’ eyes.

When you watch user recordings, you can discover exactly how users interact with your app, which problems users encounter and what makes them complete/incomplete important processes within the app.

Below is a sample of user recordings taken with app UX analytics.

By presenting you with an aggregated view of all user gestures (taps, swipes, pinches), you will see where your users are focusing their attention the most, understand how your app’s UI is performing and detect which gestures did not trigger a response in the app.

They say seeing is believing, so I will bring a few real life scenarios of aspects of an app that can be refined, streamlined, and perfected to app stardom via the application of this visual analytics-centric philosophy.

We subjected a new cooking app to visual mobile analytics and we were able to identify hiccups when onboarding users. Let’s see what was gained from the process.

The onboarding for this app included two fields to register with no social sign-in available. It then took users through a mandatory four screen tutorial post registration.

This is a good place to highlight why traditional mobile analytics might be good at giving you numbers, but that doesn’t give you a clear enough picture.

With a drop off rate over 40% from the second screen, app makers such as this one need to know a bit more to get to the core of the problem.

When going back to the user recordings, we see that the “Next” button didn’t show up and users were tapping all over the screen with no response, hence frustrating users and causing friction. It led the app maker to fix the error on the onboarding screen and realize a significant decrease in drop offs.

After getting users to download your app (a major accomplishment in itself), you want them to stick around and visit often.

You can take a look at your retention cohort analysis and see that nearly all users (over 90%) who launched the app for the first time in January came back in February with a severe decrease in March, when you launched a new version of your app.

By analyzing the touch heatmaps, you notice that when users leave the app and return to their session, they swipe right on the login screen, but their gestures are unresponsive.

Users are not interested in logging-in again, so they are trying to bypass this screen in order to continue their session where they left off. By refining and allowing them to continue, you will see your retention rate soar.

Obviously, the more users you have retained, the more chances you have of converting them. However, just having a high retention rate doesn’t mean you will convert them.

You need to deliver them an experience that says “yes I must have this” whether it be a product or service.

In order to do that you need to analyze your user-based conversion funnels.

You can watch videos of users who dropped from one of the steps in your funnel and gain an understanding as to why they didn’t proceed to the next step. It might be related, for example, to a slow screen loading time.

Making adjustments and re-releasing you will be sure to increase your conversion rates and ROI.

One of the most important things that app makers look at is CLV.

How much value will a user bring me over the lifetime of him or her using the app? How much marketing spend do I need to allocate to acquire a user and does it make sense over the user’s lifetime?

By using visual app analytics to identify the group of users who convert, you decide to reallocate your marketing spend in order to decrease the cost per customer acquisition (CAC).

Furthermore, optimizing the UX in your app, will bring your users back to the app and increase their CLV.

How to Get Started

When using any type of in-app analytics, whether it be traditional or a visual mobile tool, you must integrate the tool’s SDK into your app.

This process normally only takes a couple of minutes. A visual mobile analytics platform doesn’t require to pre-define any events as it auto detects screens, buttons and user actions.

When you launch your app, you stand at the beginning of a long road. As many app makers see, there could be a pot of gold waiting at the end of it. It is up to you to make it happen.

Constantly optimizing your app from day one based on what your users need as well as your business goals is a primary way to make that happen.

Make sure your UX achievements are recognised by entering your work into the User Experience and Design category of The Masters of Marketing, Econsultancy’s new awards in partnership with Marketing Week. 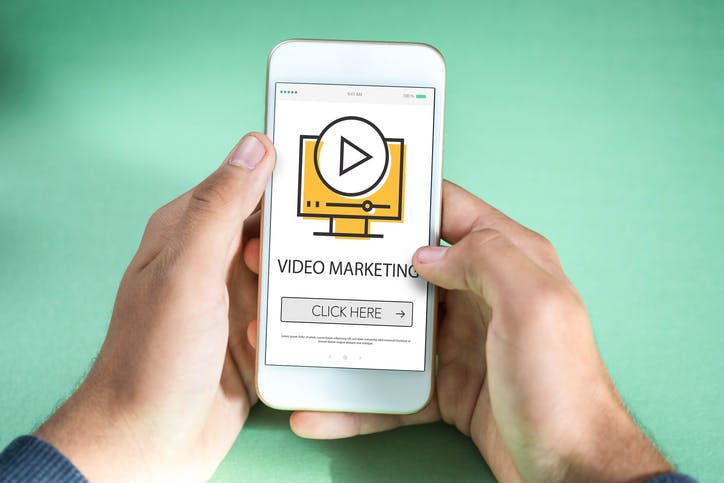 In this four minute video, we introduce our new research paper The Promise of First-Party Data, conducted in partnership with Signal.

With millions of apps for consumers to select from in popular app stores, many companies struggle to drive installs of their mobile apps.

Companies with websites frequently use interstitials in an effort to convert mobile web users into mobile app users, but according to Google, these efforts could come with significant risk.