The numbers leave no doubt: when it comes to buying mobile apps,
consumers feel far more comfortable handing their money over to Apple
via the App Store.

A big reason for that is Apple’s app approval
process, which, love it or hate it, arguably provides a much greater
level of quality assurance than is found in competing app stores, such
as Google’s Android Market.

There’s big money in iPhone apps, and getting into the App Store Top Charts can be very financially rewarding. Therefore it shouldn’t come as a surprise that many app creators look for shortcuts that will help them boost the popularity of their apps.

Enterprising companies are more than happy to help them find those shortcuts. One company, TapJoy, claims it deliver “100,000+ app installs daily” to developers for as little as 35 cents per install. It does this by paying developers to cross-promote apps from other developers in their apps.

For developers looking to monetize their apps, this can be an alluring option. Instead of charging for their apps, for instance, they can unlock premium functionality for their users once their users install an app being promoted through TapJoy’s network.

It’s Facebook offers for the iPhone, and given the controversy around some of the tactics used with those, it’s no wonder that Apple is apparently cracking down on incentivized app installs.

According to reports, some developers using TapJoy have seen their apps rejected by Apple recently. As noted by CNET News.com, it would appear that Apple could justify such rejections under a clause in its App Store Guidelines, which states:

Developers who attempt to manipulate or cheat the user reviews or chart ranking in the App Store with fake or paid reviews, or any other inappropriate methods will be removed from the iOS Developer Program.

Needless to say, one of the reasons developers are paying thousands upon thousands of dollars for incentivized installs is that it can help them climb the App Store charts.

That exposure leads to more organic and lucrative installs, but for Apple, the worry would be that if its charts are dominated by apps that developers effectively paid to get there, there’s a risk that customers will be exposed to mediocre apps, or worse.

Mihir Shah, TapJoy’s CEO, is concerned for obvious reasons. In an email to TapJoy advertisers and developers, he wrote:

Unfortunately, we believe much of this is caused by misconceptions around pay-per-install, the free-to-play model, cross-app promotion and their collective value to the ecosystem.

We believe there are significant benefits to the advertiser (only pay for what you get), the publisher (monetize users who otherwise wouldn’t pay), and perhaps most importantly to the users, who not only get to discover new, exciting applications, but receive what is essentially a coupon for ad-funded virtual currency inside one of their favorite apps. All of this, of course, adds up to value for Apple as well, by creating a viable and thriving ecosystem.

There are some valid points here, but it’s also worth noting that TapJoy was once known as OfferPal. It was embroiled in a controversy over Facebook offers, and while it’s still active in the the space, it rebranded as TapJoy and largely shifted its focus to the mobile market as it became obvious that it was going to marginalize companies like Offerpal. In July of this year, Facebook will effectively become the only game in town for virtual currency on the social network.

While it remains to be seen whether Apple will crack down hard on incentivized installs, and thus TapJoy and its peers, if the Facebook history is any lesson, most shortcuts that seem a little too short have equally short lifespans.

Used car supermarket Carcraft launched an iPhone app recently, which allows users to search the stock from their phones, and also make a finance application.

Carcraft already has a smartphone enabled website, but the new iPhone app offers a more attractive interface, and a new ‘Love this Car’ feature.

Broadly speaking, customers want apps with a purpose, and that reflect the values of the brand, according to a new benchmark study of iPhone apps. 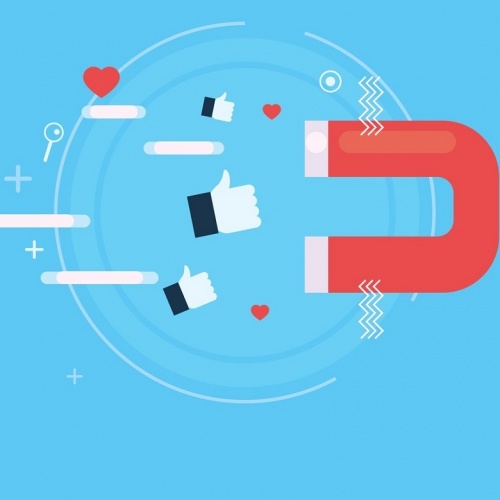 I’ve been asked a few times recently how social media users behave over
different channels, and I thought it was worth jotting down some notes
on what to expect if you’re running a campaign that includes
user-generated content.