China is one of the largest luxury goods markets in the world. Currently second only to the United States in size, China’s luxury market is predicted to become the largest in the world by 2025, according to a forecast by strategy consulting firm Bain & Co. China’s luxury market was even resilient to the impact of the Covid-19 pandemic, growing by 48% in 2020 as Chinese consumers redirected their spend to local brands.

Which makes Singles Day – also known as Double Eleven, the world’s largest shopping festival and an unofficial public holiday in China – a massive opportunity for luxury brands who want to target Chinese consumers. This has held true even amidst increasing regulatory pressure and government criticism of the event’s “worship of turnover”, which gave rise to a toned-down Singles Day; nevertheless, ecommerce giant JD.com reported that it would be “doubling down on new fashion items across the flagship stores of over 300 luxury brands”, while Janet Wang, General Manager at Tmall Luxury Pavilion, told Alizila that there would be a “new record number of luxury brands participating” in Singles Day this year.

So, what have luxury brands been doing to stand out? From augmented reality to the metaverse and NFTs, here are the ways that luxury brands innovated for this year’s Singles Day shopping festival.

Virtual artwork in the metaverse

Mark Zuckerberg’s recent announcement that he intends to refocus the company Facebook (now rebranded to “Meta”) on the creation of a “metaverse” – an online virtual world for work, socialisation and entertainment – has kicked off a flurry of discussion and speculation about our possible virtual future.

But while Zuckerberg’s metaverse is a long-term project that, by Zuckerberg’s own admission, “doesn’t fully exist yet”, Alibaba has wasted no time in bringing its own take on the metaverse to life. In honour of its landmark shopping festival, Alibaba unveiled a “Double 11 Metaverse Art Exhibition” on the Tmall/Taobao mobile app, presented by Ayayi, Alibaba’s hyper-realistic virtual influencer. The exhibition featured eight limited collections in the form of NFTs – another major trend of the moment – from companies including British luxury brand Burberry and deluxe skincare brand Kiehl’s. Other high-end brands appearing in the collection included car company XPeng Motors and gaming hardware manufacturer Alienware.

As part of the exhibition, Burberry and Kiehl’s both tied unique digital items to the purchase of a limited-edition product. Burberry minted 1,000 NFTs – known in China as “digital collectibles” to avoid regulatory scrutiny – featuring a 3D, interactive version of its deer mascot that can also be used as smartphone wallpaper and an emoji. Buyers also received a physical, limited edition scarf worn by the deer. Kiehl’s tied its NFT to purchases of its Ultra Face Cream, with the art piece featuring its skeletal mascot, Mr Bones, relaxing on a flying carpet made of liquid metal.

While these virtual characters might seem a little idiosyncratic for luxury brands, it is to the advantage of brands like Burberry and Kiehl’s to be seen as on the digital cutting edge – particularly when trying to capture the attention of tech-forward Chinese consumers. Being one of only eight brands taking part in the event also confers a sense of prestige and exclusivity, while the exhibition itself creates an important experiential component: it’s not just about obtaining these goods (digital or physical), but about the experience of browsing through the art at the first ever metaverse art exhibition. Experience is important for luxury brands, particularly when buying online, where there are no physical goods to interact with.

Finally, having a physical item tied into the purchase of the virtual artwork gives consumers the best of both worlds, knowing that they can obtain something tangible and deluxe at the same time as buying into a virtual experience and unique digital item.

The eight brands taking part in Alibaba’s Metaverse Art Exhibition weren’t the only ones offering ‘digital collectibles’ during the Singles Day festival. Other luxury brands including Swiss watchmaker Longines and US design house Coach also released limited edition digital goods alongside purchases of physical products. Longines minted 45 copies of a digital knight to accompany the sale of a 17,300 yuan (US $2,700) watch, while Coach’s NFT featured its dinosaur character, Rexy.

What brands need to know about NFTs

The craze for NFTs is going strong in China despite a regulatory ban on mining, trading, and exchanging cryptocurrencies into fiat money. As well as dropping the term ‘NFT’ and referring to these digital assets as ‘digital collectibles’, companies like Alibaba, JD.com and Tencent have got around the ban by creating their own infrastructure for NFTs which circumvents the need for cryptocurrency. JD.com recently offered a series of seven limited-edition NFTs to anyone signing up for its Discovery conference between 19th October and 22nd November, while Alibaba issued 50 mooncake NFTs in September to coincide with Mid-Autumn Festival, each one accompanied by a box of real mooncakes.

Limited-edition digital collectibles seem well-suited to luxury brands who trade on uniqueness and rarity, and the physical product acts as a kind of insurance against the possibility that consumers may not want to buy the digital item alone. Brands have taken care to make both worth their while: Burberry, for example, sold its limited edition scarves with the deer NFT for 2,900 yuan (US $453) each, 12% less than the next-cheapest Burberry scarf listed on Tmall. At the same time, the inclusion of a unique digital item confers an element of extra value that goes beyond discounts – particularly important for high-end brands – and sets the product apart from competing items.

While it remains to be seen whether the NFT frenzy will stand the test of time, at present it doesn’t appear to be harming luxury brands, many of whom rapidly sold out of their NFT-bundled products within days or even hours of listing them.

In 2020, JD.com released a new augmented reality (AR) feature for its app, AR Shoes Try-on, that allows users to scan their feet and virtually try on footwear. One luxury brand that has made use of this feature is LVMH-owned maker of shoes and bespoke leather goods, Berluti, which launched a flagship store on JD.com in July. The launch marked Berluti’s first foray into augmented reality as it made AR Shoes Try-on available for selected items. 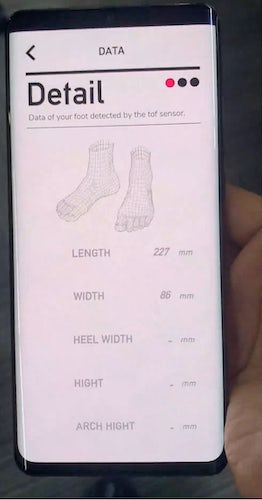 This timely investment allowed Berluti to offer AR try-on to customers for Singles Day, where it was one of a select few luxury brands using the feature, alongside Tods, an Italian luxury shoes, bags and accessories brand, and Hogan, a casual luxury brand. JD.com touted this availability in its blog post, ‘Three reasons why you should buy luxury fashion items on JD’, noting that it had “exerted its advantages in technology, launching an online AR try-on function, by which customers can try on shoes through cameras of mobile phones. This function is active with brands such as Berluti, Tods [and] Hogan”.

AR try-on is a valuable feature for any brand selling online, but particularly a high-end brand, as loyal customers seek to interact with the products, and others perhaps seek reassurance that the purchase will be worthwhile. This innovation will no doubt have helped Berluti, Tods and Hogan clinch some sales for the all-important Singles’ Day, and the additional press associated with using the new try-on tool is unlikely to have hurt, either.

Live commerce is far from new or unusual in China, but what is notable is the extent to which western brands, particularly luxury brands, are now mastering this fusion of livestreamed entertainment and ecommerce. The safest bet for many brands who want to break into live commerce has typically been to partner with an established KOL (Key Opinion Leader, i.e. influencer), and many brands did just that for Singles Day this year, with celebrity hosts Li Jiaqi (nicknamed the ‘Lipstick King’) and Viya selling billions of yuan worth of goods in marathon livestreaming sessions.

However, Forbes noted in its Singles Day coverage that this year, “the promotions these influencers offered are now very similar to what brands offer at their own flagship stores. … Brands like L’Oréal and Lancôme have now grasped livestreaming know-how and can attract over 5 million viewers in their own hosted livestreaming sessions.” This is a testament to how well brands such as these have adapted to the Chinese market and its unique traits; and given that live commerce is increasingly a focal point of Singles Day, it has the potential to make a significant difference to the sales and reception of overseas brands during the festival.

Another luxury brand that has enjoyed success with live commerce is Diane von Furstenberg (DVF), whose president and CEO, Gabby Hirata, livestreams during special events – including this year’s Singles Day. Vogue Business reported that DVF has become a “luxury fan favourite” with Chinese shoppers thanks in large part to its investment in livestreaming: “Hirata reports that China went from accounting for less than 20 per cent of DVF’s global sales to over 50 per cent in just a few short years. Livestreaming and learning the Tmall audience were significant drivers of that growth.”

Mansur Gavriel, a luxury handbag and shoe brand, took its first steps into the world of live commerce for this year’s Singles Day, with CEO Isabelle Fevrier noting that live commerce will soon be a global phenomenon.

Luxury brands that are prepared to experiment with live commerce stand to benefit not just from improved sales on Singles Day, but much better engagement overall with their customer base in China; and this will put them in an excellent position to take advantage of live commerce as it increasingly comes to the west as well. 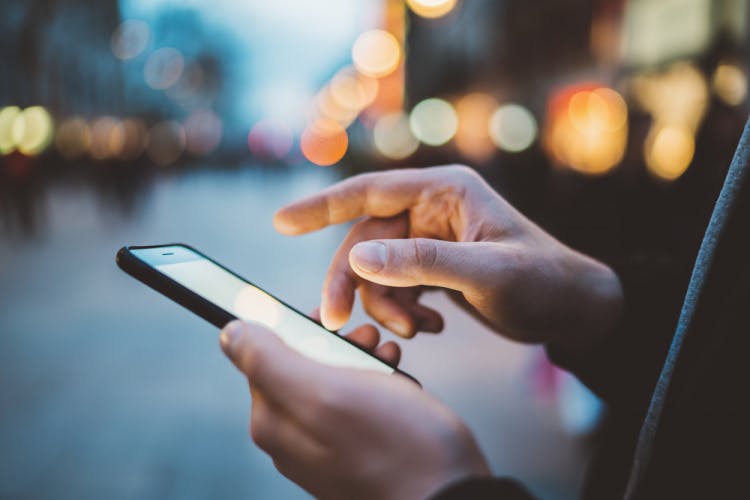 Emails and SMS are communication essentials, and are as vital to businesses as they are to individuals. While email has long been a key marketing channel, we’re probably more familiar with the humble text message as a functional tool – they let us know that our booking has been confirmed, or that our takeaway is […] 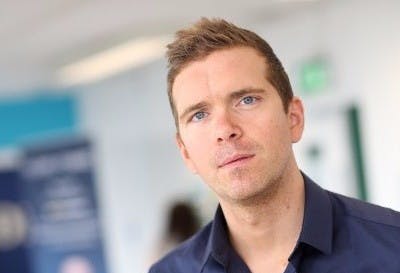 Alex Gallagher is the chief strategy officer at UNiDAYS – an in-app marketplace that enables students around the globe to connect with over 800 brands. I recently spoke with Alex to find out more about his role, UNiDAYS’ growth, and the key to engaging Gen Z consumers. UNiDAYS has now expanded to 114 counties – […] 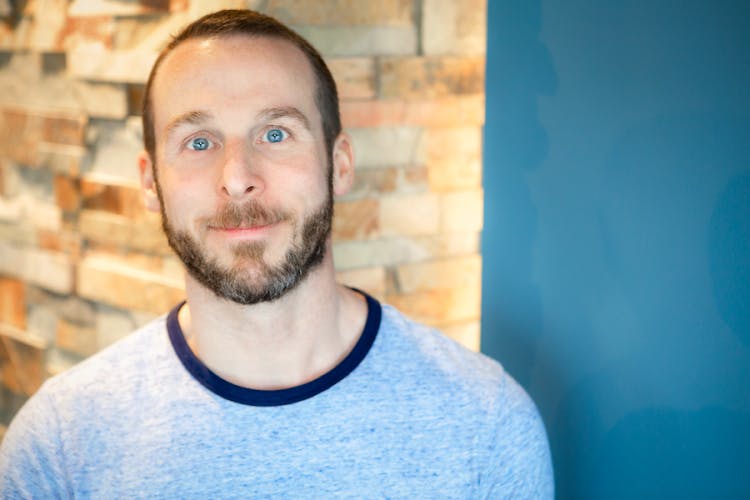 Matthew Gonnering is the CEO of Widen, a digital asset management (DAM) and product information management (PIM) solutions company. We recently caught up to find out more about the future of martech in Widen’s category and Gonnering’s experience working for the business, including his self-branding of ‘chief eudaimonia officer’. How does a DAM solution fit […]