Yet the uses of biometrics are continually expanding, from the more obvious use cases in security and authentication to applications in retail, hospitality, entertainment and more.

Closer to home, biometrics are also being used to enhance the data gained from UX testing to give greater insight into how users interact with a product or website, make design changes, and optimise conversions. Because in the words of Alex Ford, Head of Customer Growth at Space Between, “While the customer is always right, they don’t always tell you what they’re thinking.”

So how can biometrics be used for UX testing and conversion rate optimisation, and what kind of results do they produce? I spoke to Ford to find out how Space Between uses biometrics to understand consumers, and whether measuring a user’s sweat levels could become the norm for user testing.

Space Between is a UX-focused design agency founded in 2015, which uses consumer psychology technology to carry out ecommerce development and conversion rate optimisation.

Over the past year, the company has begun investing heavily in biometrics, using biometric data to enhance their understanding of users’ actions and decisions during user testing.

“We take traditional methods of user testing, which typically involve asking customers to perform a task, and collect biometric data throughout the process,” Ford explains. “This might include things like facial recognition, eye tracking, heart rate monitoring, pupil dilation – even electrical impulses and sweat levels.”

Test subjects will often wear an EEG cap, which attaches flat metal disks to the scalp in order to measure electrical signals in the brain, or other pieces of specialised equipment. Because of these constraints, Space Between’s biometric testing can’t be carried out remotely, and must be done in person using the company’s Biometric Lab.

During traditional user testing, test subjects will typically be asked to narrate their actions, thoughts and impressions out loud in order to feed back to the testers. However, Ford maintains that what users say doesn’t always match up with their real emotions.

“A tester might tell you that they liked something, but the facial recognition technology will actually reveal that they frowned,” said Ford. “So then you can ask them, ‘What were you thinking at that moment that caused you to frown? Were you confused by something?’” A test subject frowns in confusion as he navigates an ecommerce website interface.

Do users tend to be unnerved when confronted with these kinds of observations about their facial expression or body language? “I think sometimes they’re surprised by them,” said Ford.

Although biometric testing that monitors brain activity and facial expressions might seem “sci-fi”, tools like EEG caps are frequently used for academic and scientific studies. What Space Between says it is doing is repurposing that technology, and those techniques, for digital users.

“This kind of thinking has been in action for a long time,” said Ford. “We’re bringing it into the 21st century.”

How well does it work? Biometric testing in action

So how does monitoring users’ biometrics during testing help to optimise conversion rates, and what kind of results does it get?

Ford explained that different biometrics can be used in different ways: facial recognition can be used to gauge levels of engagement while interacting with an interface, and pinpoint areas of confusion and annoyance. Vision tracking, on the other hand, is used to produce a heatmap that can identify which parts of the screen a user is being drawn to. “These are different to mouse movement heatmaps, because a person’s eyes are on average about ten seconds ahead of their mouse,” said Ford. A user might be distracted by something on the screen, and not decide to move their mouse there, but the information is still very relevant to brands trying to optimise their conversion rates.

Additionally, on product pages, a lot of users will move the mouse out of the way as they browse or scroll – meaning that vision tracking can provide a much more accurate map of what they’re interacting with than mouse movements.

Could this more accurate method eventually come to replace mouse movement tracking, then? “I’d say that it will augment it,” Ford replied.

“We use analytics tools as a first port of call, and then use biometrics to validate a theory based on what the analytics are telling us. Using biometric testing, you can quickly validate or discard ideas and theories – saving a huge amount in design costs.”

Space Between will frequently run A/B tests with different designs to establish which one is more likely to convert. The tests run on the back of a biometrics session, Ford told me, consistently result in a greater conversion uplift.

The applications of biometrics testing are many and varied: it has been used by high street retailers to discover why people are purchasing items in-store rather than online, and vice versa; by solicitors, to assess how people respond to different types of language.

Space Between once ran a lab at Thorpe Park to determine whether customers who purchased an annual pass as opposed to a day ticket had a better overall experience with the rides.

“Every brand can find a use for this technology – they just have to nail down what they want to test,” said Ford.

In one case study, Space Between used facial recognition, heart rate monitoring, Galvanic Skin Response (which measures sweat secretion and changes in the conductivity of the skin that indicate emotional arousal and stress), eye tracking and screen recording to compare users’ experiences with purchasing items from three different clothing retailers.

The testing session assessed levels of engagement, joy, contempt, fear, surprise, disgust, sadness and anger when interacting with the retailer websites and carrying out a sample purchase. Combined with vision tracking heatmaps and verbal feedback, the testing allowed researchers to discover what customers liked and disliked about the purchase process, what they found engaging and what was confusing or off-putting. Analysis of user engagement with an ecommerce product page, to determine which parts of the interface are the most engaging, and which are unnecessarily distracting.

The case study also shows how biometric input can sometimes be misleading. One of the retail websites in the testing session was so counter-intuitive that testers were confused to the point of hilarity, leading to falsely high levels of joy and engagement that needed to be discounted from the results.

Ford explained that in cases such as these where the testing results might be thrown off by an unexpected variable, there are a few things that Space Between can do to counterbalance it and keep the results accurate.

“In an ideal world, we would run the focus group again or on a larger sample size so that a few extreme reactions do not sway the overall metrics so significantly. However, where this is not possible, we have some other options, such as adjusting the biometric baseline for each test subject after the test and applying this new baseline to the data. This allows us to smooth dramatic reactions and pick up on the peaks and troughs better.

“We use this technique at times when someone is wearing glasses, which can affect eye tracking; or if someone’s face looks particularly grumpy or happy (regardless of what emotion they’re actually displaying), we can adjust our baseline per candidate to account for this.”

In another case study, a recruitment company used biometric testing to determine why users weren’t converting on their website – plenty of people were searching for jobs, but relatively few actually filled in applications.

Biometric lab sessions and a UX audit identified some areas of the customer funnel where users were struggling. From there, Space Between’s UX team produced an initial redesign of the jobs page, and then proceeded to test more than 1,000 different variants, changing components of the design and content, using Sentient Ascend, an AI-powered conversion optimisation platform.

“When we’re optimising a design, we can get very granular looking at specific elements on a page,” Ford told me. “Lots of incremental changes ultimately add up to a big change, so we try to get small increases on each element.”

The winning variant ultimately garnered the recruitment company a 153% increase in conversions, which brought in £770,000 additional gross profit.

Different companies tend to have different levels of involvement with A/B testing and design changes; sometimes Space Between will make recommendations for the client to act on, while in other cases they manage the entire process from start to finish.

Ford is so confident in the capability of biometric testing to improve conversions that he told me, providing Space Between is able to manage the whole optimisation process, the agency will outright guarantee an increase in conversions.

With biometric technology steadily becoming more commonplace across industries, will the use of biometrics for UX testing and CRO enter the mainstream? Could vision tracking heatmaps become the next Hotjar?

Ford replied that the existence of wearable technology might make this possible – we already have devices like Fitbit and Apple Watch which measure heart rate and other biometrics, so brands could use these to collect biometric data without the need for a lab full of expensive equipment.

On the other hand, biometrics like pupil dilation or brain activity are significantly harder to measure without specialised equipment, so it’s harder to imagine that collecting these kinds of data will become the norm.

At the moment, Space Between is concerned with getting the word out about biometric testing and convincing brands of its worth.

“It’s a marketing challenge,” said Ford. “We want to show people why it has value.” 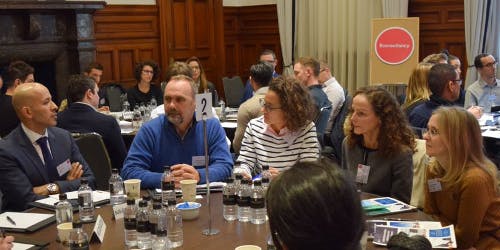 Conversion rate optimisation (CRO), or improving a website to increase the percentage of visitors who convert and become customers, has become a critical part of improving ecommerce site performance and is also practiced by many brand marketing teams. 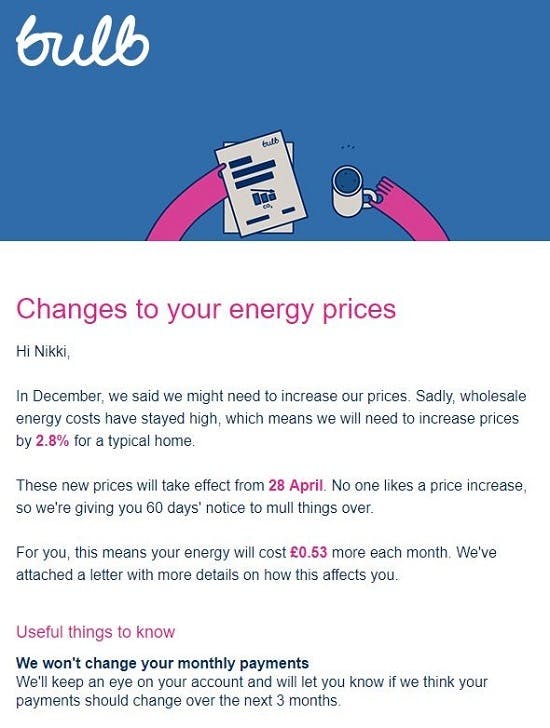