As detailed by The Financial Times, BBVA is asking the European Commission to make changes to the bonus cap rules, which apply to employees who are “material risk takers” or earn more than €500,000 per annum.

BBVA says that the bonus cap rules are making it difficult to compete and innovate, and that they should be amended.

Specifically, BBVA would like to see that they’re not applied to technology specialists, which the bank notes have seen their compensation increase but who don’t expose the bank to the type of risks traders do.

“In some cases we compete against US banks or tech companies on acquisitions. Their bonuses are not capped, so we may lose out,” BBVA’s digital M&A chief, Juan López Carretero, told the FT.

If you can design an app so a payment is done in two clicks instead of eight clicks that is valuable but it isn’t putting the bank at risk.

BBVA is considered one of the more tech-friendly large banks.

BBVA has invested in a number of financial services startups, including UK mobile bank Atom, and earlier this year it created an independent venture firm, Propel Venture Partners, to “invest in technology-driven companies that are Rethinking and Rebuilding financial services.”

With more and more startups looking to disrupt traditional banking, rules that make it more difficult for banks like BBVA to recruit top tech talent or acquire promising young companies would indeed appear to be a legitimate concern.

But big banks shouldn’t fall into the trap of believing that the ability to open their wallets more freely is the key to thwarting would-be disruptors and spurring innovation.

First, in the battle for talent, it’s not all about money.

Many of those who are choosing Silicon Valley over Wall Street and The City aren’t doing so just because they see the opportunity to make more money.

Big banks are seen by many as stodgy and bureaucratic, making them less attractive for job seekers looking for opportunities that will give them the ability to do interesting work and make an impact.

Second, as far as acquisitions and partnerships are concerned, banks will need to prove that they can integrate with the upstarts they acquire and partner with.

BBVA appears to be on the right track in this regard thanks to investment in APIs, but it’s still very early in the game and it’s not clear that large financial institutions will be able to acquire or partner their way to success.

Regulation to the rescue?

Ironically, regulation might soon provide some relief for banks under attack from fintechs.

Their rapid rise has not gone unnoticed by regulators and it’s possible that fintech upstarts will soon find themselves subject to much greater scrutiny.

For example, in the US, state and federal regulators, including the FDIC, are eyeing new guidelines that would allow greater oversight of online lenders.

If they become subject to more regulation, these upstart non-bank lenders could see many of the advantages they’ve used to gain market share slip away, making it easier for banks to compete for loan business once again.

That could be good news for banks, at least in the short-term, but even if fintechs are saddled with new regulatory burdens, the reality is that consumer behavior and expectations have changed and continue to change.

Banks that want to thrive will need to address this and they can’t do that with money alone. 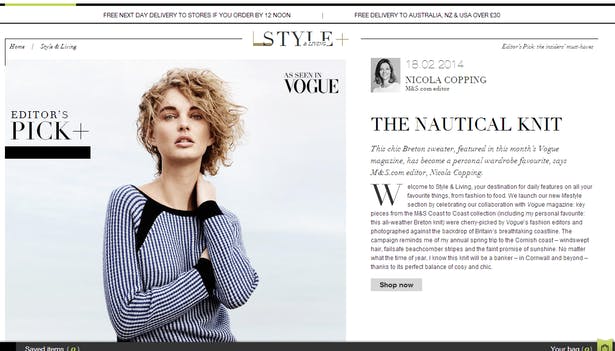 How is retail being changed by digital?

What better way to find out than by looking at six icons of retail, three from the US (Macy’s, Walmart, Walgreens) and three from the UK (John Lewis, Marks & Spencer, and Boots).

Here are their digital transformation journeys, as they fight to compete with online and agile competitors.