“Ask your doctor if [drug name] is right for you.”

As Rocco Albano, the VP of strategy and partnerships at Razorfish Health, observes, this call-to-action that pharma marketers have relied on for years makes perfect sense.

It’s easier for marketers to gain broad reach to consumers than it is to physicians, and physicians are the only ones who can prescribe their drugs to patients.

But with consumer trust of pharma companies on the decline and increased calls for tighter regulation of pharma ads on the rise, it’s no surprise that 30 and 60-second ads are persuading fewer and fewer consumers.

Even so, pharma marketers continue to pour big bucks into television ads. As Albano notes, pharma marketers have increased spending on the medium by nearly a quarter this year, and nine prescription drugs alone are on pace to account for $100m of spend each.

Ironically, despite the fact that pharma ads are not convincing consumers to talk to their doctors, the spend is justified by the internet. Albano explains…

Another big reason TV advertising is still a key sales driver for pharma is the Internet. The vast majority of people exposed to a prescription drug TV ad that may be relevant to them will use the Internet first and foremost to get questions answered about a treatment before asking their doctor.

Unfortunately for pharma marketers, they’re not delivering on UX, so when consumers turn to the internet, they’re more likely to use and trust information published by third parties, including WebMD and health systems like the Mayo Clinic.

That means that pharma marketers are largely missing out on the opportunity to interact with consumers throughout their journey.

Is an even bigger challenge looming?

Pharma marketers could find themselves facing an even bigger challenge in the future.

A STAT-Harvard survey conducted earlier this year found that one in three Americans blame doctors for national opioid epidemic, suggesting that physicians themselves risk losing the trust of patients as it relates to how and why they prescribe medication.

And physicians themselves are increasingly wary of pharma companies, as evidenced by the fact that the American Medical Association supports a ban on direct-to-consumer ads that pitch prescription drugs.

Since they’re the only ones capable of prescribing prescription medications, this dynamic presents an obvious threat to pharma companies. So how can they address it?

Better storytelling could be key to helping the pharma industry restore its reputation, but ultimately, pharma marketers will need to change the way that they interact with consumers and physicians. That could include tapping their proprietary data to supply physicians with information they’re interested in. They should also look to electronic health records (EHRs), which are a channel through which pharma marketers have the opportunity to reach doctors at the point of care.

July 2016 at Econsultancy has been #datamonth, so it feels fitting to feature a chief data scientist in our ‘day in the life’ feature.

Mike Andrews is CTO and Chief Scientist at Forensiq, a company that helps combat ad fraud. 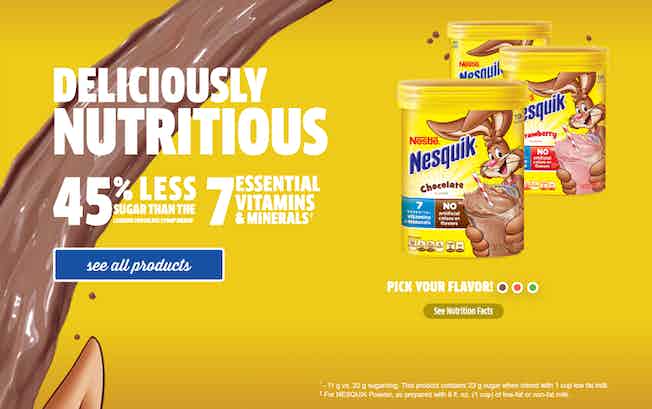