Last month I reviewed Asda’s new photo website which the retailer claimed was “the easiest and most convenient to use in the United Kingdom”.

It sells a range of personalised products including canvases, pet beds, mugs and stationery.

I found a number of fairly obvious usability issues that rather undermined Asda’s bold design claims, and in fairness the retailer was quick to respond to my points in the comments section.

Asda’s photo team said to check back at the end of the month to see the final version of the site, so I thought I’d have a look and see if any of my comments have been taken onboard.

Now obviously I’m not so arrogant as to think that all my suggestions should have been implemented without question, though my previous points do act as a useful benchmark for the improvements…

In the original blog I tested to see how easy it was to buy a canvas print of one of my Instagram photos.

The basic page layout of the image upload tool is largely unchanged, but the CTAs are far more prominent and there is a text box explaining what each This is a massive improvement on the previous version, which pretty much left the user to guess which of the tiny CTAs they needed to click.

Previously when you tried to select one of your photos from Instagram the login page opened in a new browser tab.

This then closed automatically once you had entered your username and password, which left me looking at my Gmail account rather than Asda’s photo site.

When I checked back this time I was still logged into Instagram so it was able to load my account without opening the login window, however when I tried to access my Twitter photos the login window opened in a new tab again.

Perhaps the main UX problem with the original site was that once you had selected your image it wasn’t automatically loaded onto the canvas.

Instead you had to click and drag a tiny thumbnail, but there were no instructions to make this clear.

Asda has updated the site so that your chosen image automatically appears on the canvas, which is a great improvement. As you hover the mouse over the tabs on the left of the screen there are also new instructions explaining what each of them is for.

However I still think there is a bit of room for improvement, as it’s left up to the user to discover what the different tools do rather than it being signposted.

For example, if you click on the ‘Images’ tab there are tools that allow you to zoom, rotate and change the colour of your photo.

However they don’t actually work unless you first click on the canvas, but you have to discover this for yourself and at first I thought the tools were broken.

Should you choose to, you can customise the canvas with a personal message.

Previously the UX was dreadful with the font options positioned in the top left of the screen and a tiny CTA on the far right.

This has been amended so all the controls, including a big blue CTA, appear on the left of the screen.

Moving the text box around the canvas still isn’t particularly intuitive, especially when resizing the text, but it’s a vast improvement on the previous version. In my previous blog post I highlighted several usability problems with the checkout, such as a lack of a postcode lookup tool, no assurances that it is a secure process and no indication of delivery costs.

None of these have been fixed, and there are still no instructions to inform the user that all the fields in the customer details form have to be filled in.

So if you choose not to enter your telephone or email address you get a rather dramatic ‘Warning!’ message.

But the most obvious problem is still with the payment options.

This CTA says ‘Place your order’, but the customer hasn’t entered in any payment details yet. This is despite the fact that it clearly says ‘Payment Options’ on this page.

Instead, once you have chosen to ‘Place your order’ the next screen requires you to add in your card details. This is another small point, but one that will undoubtedly confuse some customers.

While the updated version of the site is definitely an improvement on the old version there are still a number of usability issues.

The checkout process is still a bit of a mess, which is strange as Asda’s grocery site has an excellent checkout.

Also the process of uploading and customising images is still too difficult. Users are largely left to work out how to use the site by a process of trial and error.

It might be easier to allow users to go through a step-by-step process where they first pick the design, then the layout, then add any text.

At the moment the process still feels a bit too clunky and certainly isn’t the UK’s most convenient photo website. Web design by its very nature continues to evolve, as it must, to make the most of modern browsers and the likes of HTML5, CSS3 and JQuery, and to provide a wonderful user experience for tablet and smartphone owners.

Nowadays there is plenty of opportunity to stand out from the crowd, by being ahead of the curve, or by embracing new techniques that can help you to improve the performance of your website.

So I thought I’d round up some of the more recent trends in experiential web design. I say ‘experiential’ because I’m less interested in seeing whether drop shadows have made a comeback.

The focus of this article is primarily about the aspects of web design that directly affect the user experience, rather than particular stylistic trends to do with the look and feel.

Great designers understand how to design for user interaction, and how to encourage new user behaviours and habits. World-class designers introduce emotion and have fun along the way.

Some of these trends aren’t just-out-of-the-oven new, but they’re in here because they’ve become adopted by the mainstream. I have included other design features because they rock, and I’d like to see them on more websites.

It’s worth pointing out that user experience professionals are on the fence about some of these things. Do leave a comment if you feel strongly, one way or another, and be sure to let me know what I’ve missed.

Econsultancy’s Digital Marketing Template Files are designed to provide practical tools for managing digital marketing, either by giving you reference material to sense check against or files that you can simply plug your own data/information in to.

In short, they help you look smart and save time, and since they were launched, over 38,000 people have downloaded them from the site.

I recently updated the template files for Econsultancy, introducing some new ones to the collection, including a whole new section on content marketing.

As these are some of the most downloaded content assets on Econsultancy, I thought it would be useful to give some insight into how these files can be used to benefit your business (and no this isn’t an egomania drive for self-publicity!). 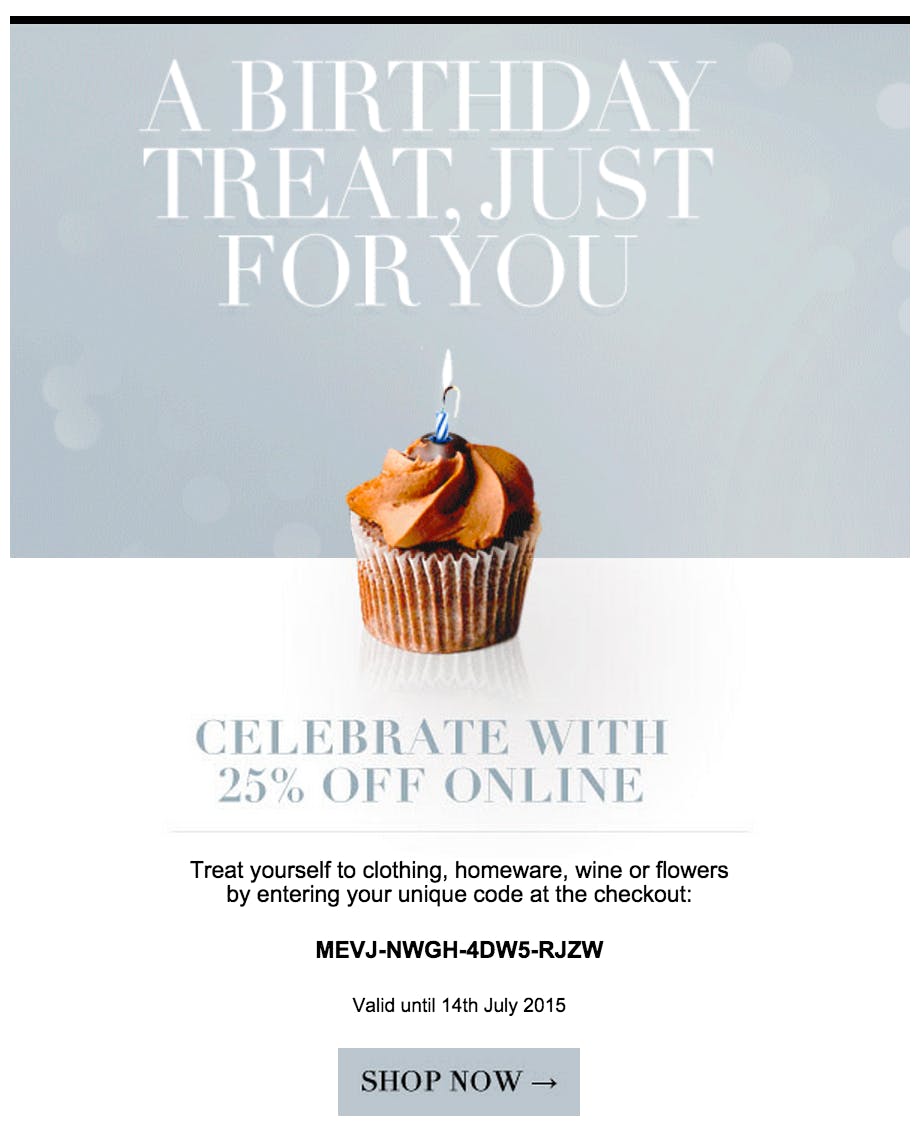 Understanding how to retain the customers that you have spent money acquiring is vital for any online business.

Attracting a new customer can cost five times as much as keeping an existing one, so companies need to pay as much attention to retention as they do to acquisition.

Here are 21 tactics ecommerce firms can use to keep customers coming back for repeat purchases, and avoid losing them to competitors…