The retailer said that it will be monitoring customers who continually buy and return clothing, with the view to deactivate the accounts of those it deems to be ‘serial returners’.

Asos also increased its returns policy from 25 to 45 days. After the 25-day point, however, customers will receive a gift voucher for the amount spent rather than their money back.

How are returns impacting retailers?

It isn’t only Asos that is feeling the impact of returns. In May 2018, the Wall Street Journal reported that Amazon had begun closing the accounts of customers who ‘request too many refunds’. A Brightpearl survey of 200 retail executives found that two-thirds of respondents were willing to follow Amazon’s example and do the same.

The damage for retailers is certainly significant. Online returns are predicted to cost UK retailers £20 billion a year. What’s more, Apriss reports that merchandise returns account for nearly $369 billion in lost sales for US retailers.

So, why are consumers returning quite so much? Interestingly, while returns have always been an important (and expected) part of the retail process, trends in consumer behaviour appear to be making the situation worse. A Rebound study (of 2,000 UK consumers) found that one in ten respondents admit to ‘wardrobing’ – a term that denotes buying an item with the sole intention of wearing it once and returning it again. The percentage of respondents doing this rises to one in five for the 25 to 34 age bracket.

It also appears that social media is fuelling this new returns culture. A 2018 Barclaycard study delved into the ‘snap and send back phenomenon’, revealing that almost one in ten consumers admit to buying clothes so they can post photos of themselves wearing a new outfit on social media, and then returning it to get their money back.

ASOS is changing its return policy and has clocked all the YouTubers doing hauls each week and returning everything pic.twitter.com/30Icwm7gnl

What does Asos’ new returns policy mean for ecommerce?

To get more of an idea about how changes to Asos returns policy will impact both the retailer and its customers, as well as the potential wider impact on the ecommerce industry, we asked a range of experts for their opinion.

A way to reduce costs

James Gurd, Founder at Digital Juggler: “The cost of returns has become a major problem for retailers, as online shoppers order and return more, either in terms of complete order returns or single and multiple item returns from a larger order.

“What’s troubling for retailers is the spike in intentional returns, i.e. people have deliberately over-ordered, fully intending to return one or more items. This is common in fashion ecommerce where people buy multiple sizes and return those that don’t fit, or multiple colours and only keep the preferred variant.

“Something has to give. Retailers need to turn a profit, and shareholder driven companies need to maximise shareholder value. If the discounting model persists and it’s harder and harder to drive full price transactions, the next logical path of attack to maintain a sustainable business model is to reduce cost pressure.”

Returns can be positive for retailers

“In many cases this is actually a good thing. A high spending, repeat customer, who returns a fair proportion of the merchandise they buy but also keeps a decent amount is likely better for most businesses than someone who buys once or twice a year. In other cases, perhaps not. If a customer becomes ‘net negative’ by costing more in delivery/returns costs than they have contributed to your business in profit, it’s a little more difficult.

“Some companies manage this by doing things such as opening up sales to VIP customers earlier (i.e. increasing the chance that merchandise sells to someone who may keep it, before customers with higher returns profiles browse). If you were very sophisticated, you could also balance this by matching recommendations of slightly higher returning merchandise with very low returning customers.

“Some are also a little more heavy handed – giving warnings to some customers, or blocking particular payment methods, or charging admin fees if returns are late – all areas where retailers should tread very carefully to ensure they treat customers fairly.”

The risk of unhappy customers

Graham Charlton, Editor at SaleCycle: “Asos has clearly spotted a problem with serial returners, though it’s unclear whether the bigger issue is people overbuying before returning unwanted items or those who are wearing and then returning items.

“Since finding the right fit online can be tricky, fashion retailers do tend to have the highest returns rates, and there’s no doubt that serial returning is an issue – a Barclaycard survey found that 30% of shoppers deliberately over-purchase.

“There is a risk that making returns harder can make customers less likely to purchase in the first place, or that a stricter policy will mean some unhappy customers. However, if Asos is only targeting a minority of customers who are clearly abusing the returns policy, then it could be a sensible move which reduces costs for the retailer.”

James Gurd, Founder at Digital Juggler: “Asos’ move isn’t a big surprise. It’s had performance challenges in the UK for a while and continued discounting pressures through big established events like Black Friday, plus the almost incessant high street sales cycles, lead to reduced margins.

“The announcement simply means that it wants to be here for the long-term, and needs to address the increasing volume and cost of online returns. Returns is a given but ensuring it doesn’t become crippling to your business model is a competitive necessity.

“I fully expect more retailers to follow suit, whether directly imitating or putting measures in place to better define when and how a return is permissible.”

Ben Davis, Editor of  the Econsultancy Blog: “There’s research that shows returns have been increasing over the last year for a good proportion of retailers. It makes sense that in times of economic uncertainty consumers are more likely to ask “do I really want this?”

“So Asos likely just hit a tipping point where they realised they had to make a statement to deter the worst, borderline fraudulent, offenders. Though the retailer has talked up universal sizing in the past and uses tools to help shoppers find the right fit, its adoption of Klarna (‘buy now, pay later’) in late 2017 may well have contributed to the appetite for buying lots of items and sending back any that don’t pass muster.

“The increase to 45 days in the returns policy is a way of not only softening the blow to customers who may feel ‘seen’, but perhaps mitigating losses as those shoppers who may have sneaked in below 28 days for a refund, may make use of the extra buffer, receiving vouchers and increasing Asos’ revenue.” 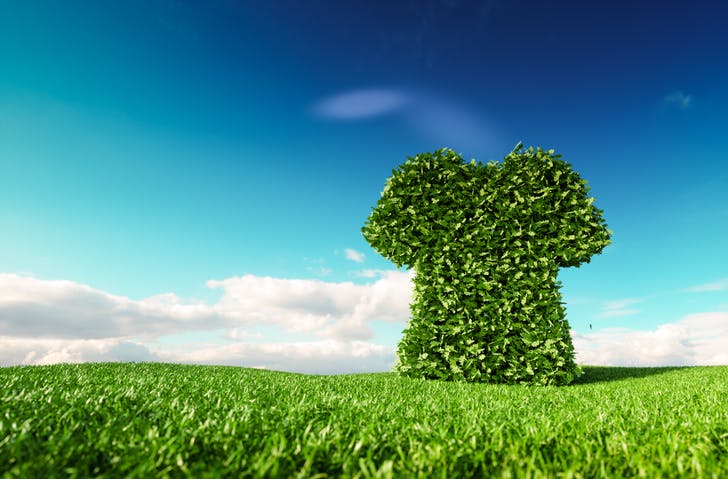 The fashion industry is worth $32bn to the UK economy according to the CEO of the British Fashion Council, with the country employing around 890,000 people across a wide range of fashion-related jobs. 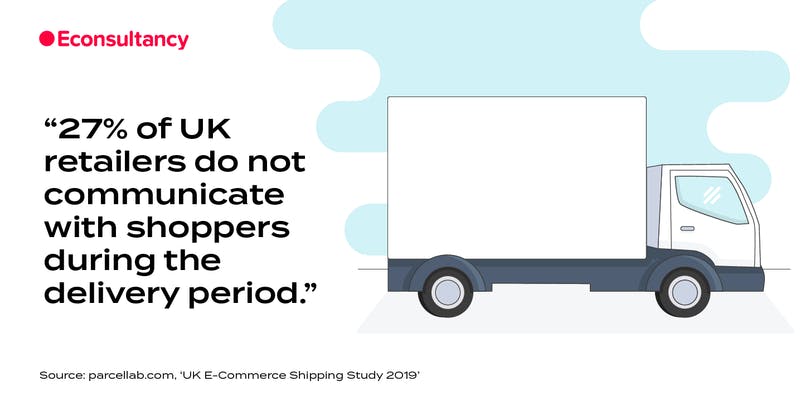 This week, we’ve got a stats roundup that includes news about online delivery, dating app usage, consumer mistrust, and lots more to boot.