When Google+ Communities was launched back in December 2012, it was at a time I was trying to be active on the network.

What better way of showing my support for a network we’re frequently being reminded not to neglect than by jumping on this new feature?

So I quickly and enthusiastically signed up to a handful of the raft of communities that were created that first week and even started my own. But, my participation in said communities lasted for about as long as my enthusiasm for Google+ itself, which is to say: not very long.

In this post I am going to explore Google+ Communities from a fresh perspective, especially now that the feature has had just over a year to mature.

Is the feature enough to make me start using Plus again? And would I start recommending businesses invest their time there again?

One of the most common obstacles to blogging is the feeling that you haven’t got anything to write about.

You want to write, but you need something to write about; what’s your subject going to be? 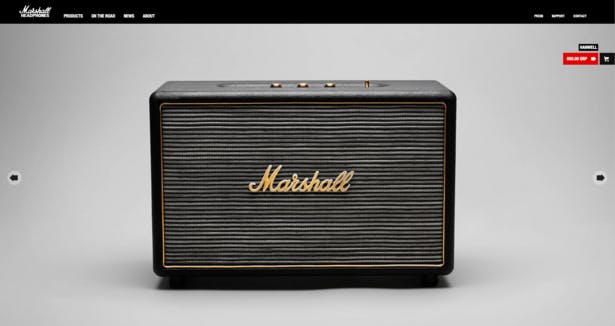 I was recently trying to put together some examples of good landing page design and found there was a lack of blog posts looking at physical products in particular.

There are lots of blog posts about designing effective landing pages, and case studies of websites that are doing it right, but nearly all of the examples given were of landing pages for software or service products.

Yes, you can apply many of the same principles and tactics, but still, it’d be nice to have some examples of physical products being sold.

It isn’t the first time SEO has been squared up against another discipline as if they are in opposition with each other.

I’m sure you remember this post in Smashing Magazine, The Inconvenient Truth About SEO, where a deep misunderstanding of what SEO actually is, expressed itself as a diatribe against the industry.

I see posts like this, albeit not quite as high profile, popping up all the time.

I was prompted to write this post after a Twitter conversation was initiated by Simon Penson by asking:

You can follow the strands of the discussion yourselves by clicking the link above, but the general consensus was that longer blog posts can work, provided that they’re a) interesting, and b) presented well with clear formatting.

But, this post is going to be about more than length, although that is certainly part of it.

Content is a common cause of headaches on ecommerce websites.

Hundreds and thousands of individual products, all with their own URL, all lacking any form of unique content to help them stand out both to users and search engines: this is an all too common occurrence in ecommerce.

I’m going to show you five simple ways to work with content to help it stand out, both on-page and in the search results.