It’s a challenging time for businesses of all kinds but particularly within retail, as the cost of living impacts consumer spend on non-essential products. Beauty might be classed as non-essential, but the ‘Lipstick Index’ – the theory that sales of affordable luxuries rise during economic downturns – indicates that it still holds intrinsic value for consumers.

Marcia Kilgore, the founder and CEO of Beauty Pie, the DTC ‘members club’ for beauty – echoes this view, stating that Beauty Pie is “the right kind of company for this type of economy,” as consumers are increasingly demanding fairer pricing, greater product efficacy, and transparency from beauty brands.

I recently spoke with Kilgore to find out more about this topic, the company’s growth plans and potential for selling through bricks and mortar, and how its customer experience is designed to keep members coming back for more.

Beauty Pie’s business model is unique to the beauty industry. The company charges members £59 per year for access to members-only pricing, which it can offer by forgoing luxury mark-ups that are usually spent on packaging, marketing, or middlemen. Kilgore says that retention rates for Beauty Pie remain solid, largely because members know they are saving money over time (compared to if they bought similar-quality products elsewhere).

“We’re not a subscription service, we’re a member’s club. So we don’t just send people something and charge them [for it]. You pay your annual fee and if you buy one cream you’ve saved.” Kilgore said that, despite wider challenges, Beauty Pie’s growth trajectory is continuing, with predictions that the company will grow 40% this year. “It could be more, hopefully not less,” she declared.

Kilgore conceded that Beauty Pie’s target consumer is “generally higher than average in terms of their household income.” However, Beauty Pie’s success has also been borne out of disillusionment with the wider beauty industry, and consumers increasingly seeking out ‘financial inclusivity’ from brands. A recent report by Beauty Pie and The Future Laboratory cites Jungle Scout and Fashion Edits research which reveals “that 15 leading beauty brands – luxury and drugstore alike – source products from the same
three manufacturers”.

“Our target is I guess someone who’s really smart, and less influenced by a shiny brand,” said Kilgore.

“Like Netflix, if you are paying for your membership, you’ll probably go there first…”

Beauty Pie’s business model also means that the chances of customers displaying loyalty is much higher than with other retail brands. Again, this boils down to value, “when you can’t possibly get something at the same price, something of that quality – or anywhere near the same quality -anywhere else,” Kilgore said. It’s also related to habits and behaviour, too, and the fact that members typically use Beauty Pie as their starting point before shopping around.

“I suppose Netflix right now might be a bad example because right now they’re losing subscribers,” she explained. “But like Netflix, if you are paying for your membership, you’ll probably go there first to see if there’s something to watch before you pay for something on Apple, right? And I guess it’s similar [with us]. You’re going to go to Beauty Pie first and see if what you need is there before you’re going to go somewhere else.”

Instead of acquiring new customers, Beauty Pie is more focused on keeping its members happy. “A bird in the hand is worth two in the bush,” said Kilgore, “especially when the cost of acquisition is rising. And for me, it’s always been about getting a customer and keeping her (or him). If you can’t get someone to buy from you more than once, I find that very depressing.”

This is where customer experience comes in, which Kilgore said is all about “making her feel included.” She also explained that education is a key factor, “so [the customer] understands why she’s paying for something, and understands what the value is, and what the difference might be between this and another product.”

Interestingly, Kilgore said that Beauty Pie’s focus on education is partly why the brand has not invested quite so heavily in influencer marketing as other beauty brands have. Kilgore noted that whereas big brands typically give away thousands of products to influencers to further sales, Beauty Pie might give away 40.

“Mainly, [this is] because it is harder for a typical influencer to describe what Beauty Pie is. …most influencers, really, aren’t used to explaining business models.”

Instead, Kilgore said that longer-form explanations, which includes blog posts, reports, or brand-created social posts and emails tend to have a greater impact on sales, as well as overall brand loyalty.

“I always say that if you’re going to take up two or five minutes of her time or 10 minutes of his time, there better be value there. So, with everything that we do, we either try to make it funny or educational or demonstrate something so that she learns. Or I guess aspirational – just make her feel lighter for a moment,” she said. “It’s about respect, really, for the customer. I think that’s the most important thing I want to respect her time and her wallet and respect her intelligence.”

Though Beauty Pie is a direct-to-consumer brand, it has struggled in some areas of the online experience. Kilgore said that the brand’s website has always been a bugbear, but that it is currently in the middle of a software re-platform. “We always had kind of terrible website, [the customer] didn’t think it was so terrible, but it is relatively terrible, so we’re switching over to a new one,” she said.

One of the main benefits of this will be the ability to expand into new territories with cross-border shipping. “It’s something we haven’t done yet either because our software wouldn’t allow it. So that’s going to be a big chunk of growth – just by plugging something in and being able to ship to all that traffic that comes from other countries,” Kilgore explained.

Other types of distribution (outside of DTC) could also be on the horizon, including its own-brand stores on the back of a pop-up this summer. Interestingly, Kilgore noted that there are still some customers who are unwilling to sign up online.

“You know, people are not rational. Some will come to our website, not join, and buy products at full price. I mean, with one order you could have saved your annual membership… but they just don’t want to join, they just shop.”

“So, we’re thinking ‘what could that mean in terms of ways to distribute outside of our website?’ she wondered. “Especially when the times are such that it becomes harder and harder to find new customers by ‘algorithm’, let’s say. If it means that some people don’t want to have a membership and they would rather pay retail, and that allows us to have stores? We’re not saying no to it at the moment.”

Kilgore insisted that, even if it does expand outside of DTC, Beauty Pie’s brand ethos will remain.

“We’d like to be able to offer some type of unique value proposition in terms of cutting out something. Whether it’s more of a wholesale client in certain territories, or if we do retail – and retail is really king – where people can still join but it allows them to get a certain type of discount or extra products, or some type of club that offers much more value – because we really do think that cosmetics are egregious in their mark-ups, and that’s our whole reason for being in the first place.”

Internally, it’s evident that Beauty Pie is gearing up for further growth despite the current economic climate, having recently taken on a new US president to lead expansion stateside, as well as continuing with UK expansion plans.

“We launch products constantly – we always have something new coming down the pipeline, we always have the latest new ingredient,” said Kilgore. “We have a whole new team of people – we’re basically at this sort of juncture where we’ve grown to a certain level and now, we’re bringing in a whole new team of people who are very high level in their particular areas. So, strategies are being set for the next couple of years.” 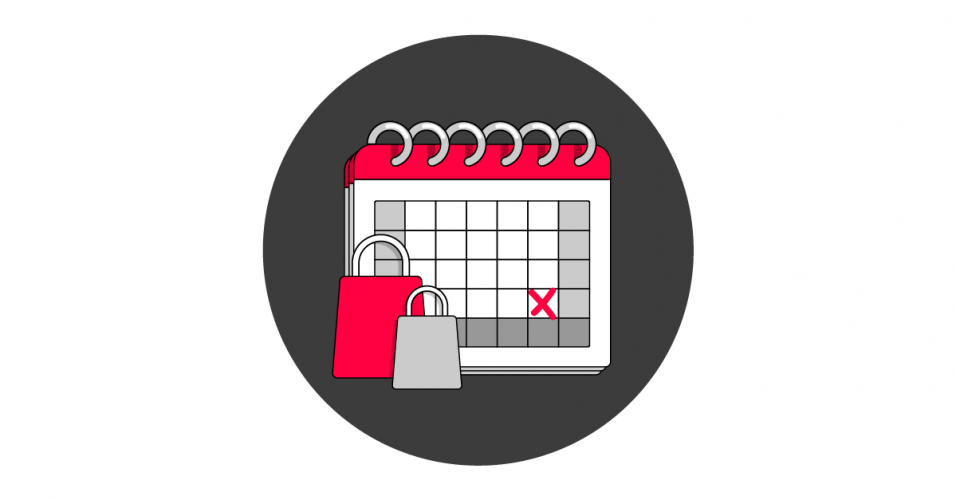 Black Friday spend is predicted to be subdued this year, as the cost of living crisis hits both consumers and retail brands. New figures from Retail Economics and Metapack suggest that consumer spending on non-essential items during the last three months of the year will drop by £4.4bn, with nearly 60% of UK consumers expected […]

Influencer marketing has become an integral part of the marketing mix for many brands today. But how can brands ensure that they forge successful influencer partnerships in a crowded and evolving creator economy? At ‘AUTHENTIC: Marketing in the Creator Economy’ – an event hosted by creator management platform GRIN – brand representatives spoke about their […]