Read on to find out the factors driving the growth of APAC’s online video market, how consumers in Asia-Pacific think global brands can use their powers for good, and which APAC country currently boasts the fastest growth in mobile payments worldwide.

And remember that Econsultancy subscribers can also dive in to the Internet Statistics Database for even more fascinating stats and studies.

In April, Oxford Economics and Dentsu Aegis Network published their second annual Digital Society Index, Human Needs in a Digital World. The Index measures “how successfully countries are developing a digital economy that works for all”, and provides a look at other ways that digital products and services are impacting our lives and wellbeing. Six APAC regions – China, India, Thailand, Singapore, Japan and Australia – were among the countries surveyed as part of the report.

The study found that consumers from Asia-Pacific countries are continuing to increase their use of digital products and services, sometimes more quickly than their peers in other parts of the world. For example, 55% of APAC consumers were more likely to use an app to take a taxi this year than last year, compared with 44% of consumers globally. And 81% of APAC consumers said they were more likely to shop online this year compared with last year, which again came in above the global average of 76%.

Yet nearly half of APAC consumers – 44% – say they took steps last year to reduce the amount of data they share online. More than three quarters (77%) said they would also stop doing business with an organisation that misused their data – and in China, this percentage rose to 86%, indicating that Chinese consumers are aware of their power to withhold their business from a company, and willing to use it.

In a news release published to Dentsu Aegis Network, the company noted that,

“Critically for businesses, those consumers most active in taking back control of their online data and time, in ways that will make it harder for brands to engage them, are also those with the highest propensity to use digital products and services (e.g. shop online, use an app to take a taxi or stream music). This is creating a digital paradox for brands – as those most ready to embrace digital marketing and services are also the most likely to push away from them.”

Among the report’s key findings is the revelation that enterprises in Southeast Asia place the highest priority on real-time marketing. When asked to choose from a list of eight marketing concepts they prioritise the most (with up to three selections allowed), 65% of Southeast Asian marketers chose ‘Real-time marketing’, followed by ‘Omnichannel delivery and engagement (offline-online)’ – prioritised by 52%.

The report by Econsultancy and Resulticks also found that marketers from Southeast Asia generally believe they are prepared for omnichannel, with 70% of respondents agreeing with the statement ‘We take an integrated approach to customer engagement across different channels, leveraging 1st, 2nd and 3rd party customer data, with technology and processes to support this’. Nearly half of these respondents (32% of the total) strongly agreed with the statement. 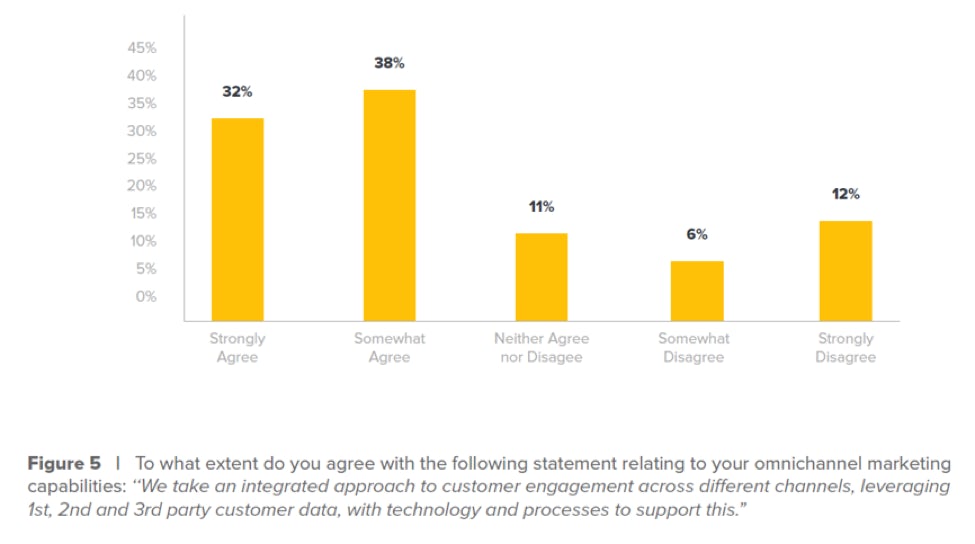 A report by Media Partners Asia this month revealed that advertising spend across APAC is seeing steady growth year on year. In 2018, ad spend in Asia Pacific expanded by 6.3%, and the firm predicts that it will grow by another 6.2% in 2019, moving close to US$195 billion in total.

Advanced Television reports that the Philippines will experience the fastest ad spend growth in APAC, with its net ad spend predicted to grow by 15.2% on the back of “elections and digital growth”. India follows behind with 11.8% projected ad spend growth, followed by Vietnam on 8.8%.

China remains the heaviest hitter in terms of ad spend, and is set to account for 65% of new ad dollars in the APAC region despite a “marked slowdown”. Other regions trail far behind: the second-largest contributor of incremental spend will be India, contributing 11% between 2018 and 2023, followed by Japan with 10%. This has set India on a course to become APAC’s third-largest ad market by 2023 (behind China and Japan), overtaking South Korea in 2019 and Australia by 2023.

Read more on the report’s findings from Advanced Television.

Online video market in APAC to double by 2024

Analysis from research firm Media Partners Asia has revealed that the online video market in Asia Pacific is set to double in size over the next five years, driven by increased mobile broadband connectivity.

With internet penetration rapidly rising across the Asia-Pacific region, primarily thanks to mobile adoption, and smartphones overtaking feature phones as the predominant mobile device across APAC, consumers in Asia Pacific are watching more video content than ever on a variety of devices. This trend is reflected in the success of video platforms like Douyin (TikTok), Xigua Video and Kuaishou.

Warc reports that between 2019 and 2024, online video advertising and subscription revenues in the APAC region will expand from US$26 billion to $52 billion, with a compound annual growth rate (CAGR) of 15%. Some other findings of the research include:

Mobile payments in Vietnam are the fastest-growing worldwide

One such region is Southeast Asia, which has attracted attention after a PwC survey highlighted the increasing popularity of mobile payment in the region – particularly in Vietnam.

According to PwC’s Global Consumer Insights Survey 2019, which collected together responses from more than 21,000 consumers across 27 regions, the percentage of Vietnamese consumers using mobile payment services increased from 37% in 2018 to 61% in 2019, making it the region with the fastest growth in mobile payments.

Among the wider APAC region, China is the king of mobile payments, with 86% of Chinese consumers making mobile payments in 2019. However, this figure is unchanged since 2018, indicating that the growth of mobile payment adoption has stalled – and potentially giving other APAC countries an opportunity to catch up. 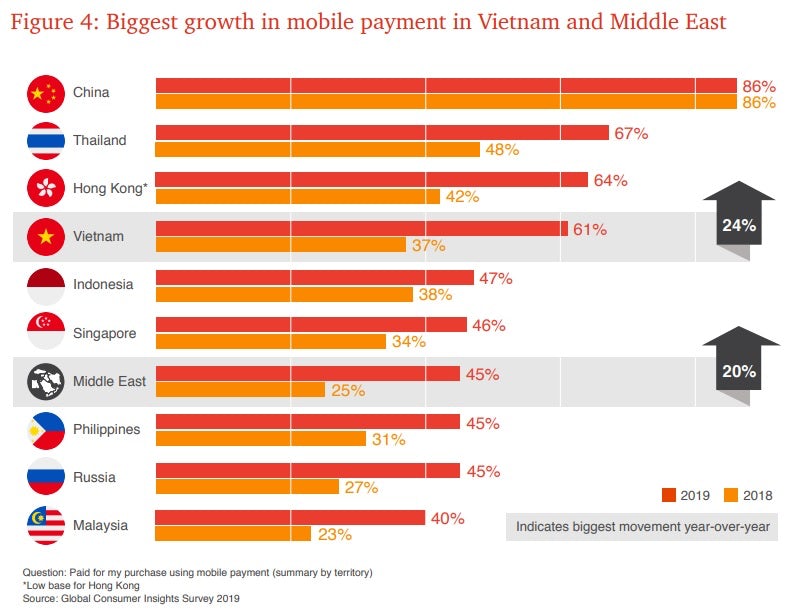 According to Marketing Interactive, APAC consumers trust local brands more than global brands, a preference which is strongest in the realm of health and beauty – despite the popular narrative about a “love affair” with western brands in Asia, and the success of overseas brands like L’Oréal in China. Since the study was last conducted in 2015, the percentage of APAC consumers who said that it would be better if global brands disappeared nearly doubled to 46%.

But consumers in APAC do still believe that global brands have the power to make the world a better place – and this belief is on the rise. The McCann Worldgroup study found that 53% of APAC consumers believe that global brands have the potential to make the world better, up from 40% in 2015. More than two thirds (67%) of respondents in Singapore believe this can be accomplished by spreading optimism and positivity. 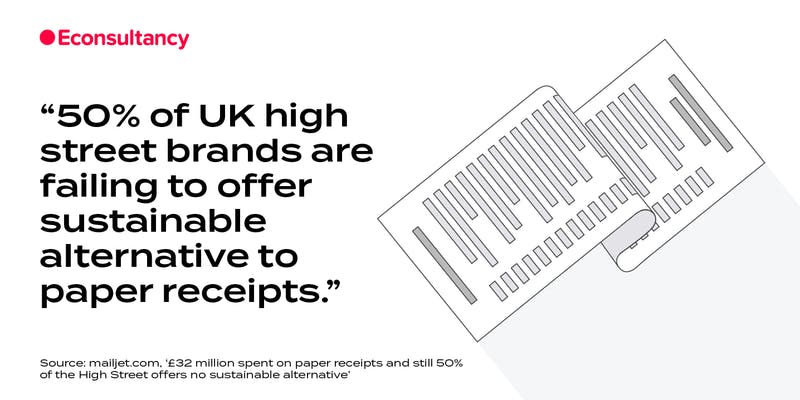