We have quite a mixture for October’s edition with news from Facebook, a heart-warming campaign from The Royal British Legion, social and mobile-app innovation from EasyJet and more.

Let’s get stuck in…

British political groups are facing a crackdown on the ads that they can produce after Facebook introduced tools to monitor ad transparency on its platform. 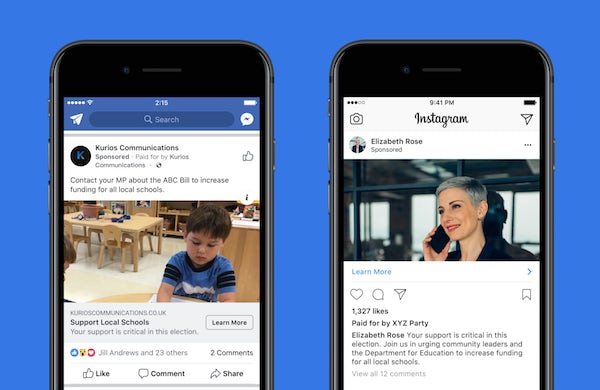 According to Facebook, the ads that will require verification are ones that reference “political figures, political parties, elections, legislation before Parliament and past referenda that are the subject of national debate”. All UK political advertisers are also now required to verify their location and identity if they want to run their ads on the platform, with published ads labelled with a “Paid for by” disclaimer to inform users of the ad’s source.

Following the well documented unregulated ads published during the 2016 UK referendum, moves like this are indicative of Facebook’s desire to be seen as transparent and accountable to both its users and advertisers.

In a post released on the social media site’s blog, Facebook’s VP of Global Public Policy and Director of Product Management wrote: “We’re committed to creating an entirely new standard of transparency when it comes to political advertising on Facebook”.

The charity has joined forces with the Poppy Appeal to commemorate 100 years since the end of World War I, with a touching influencer-led campaign. Featuring the likes of Bear Grylls and Mumsnet founder Justine Roberts, the campaign’s purpose is to show appreciation for the men and women of the armed forces that served in the devastating conflict a century ago.

The emotive video content not only pays homage to the brave individuals that sacrificed their lives in the conflict, but also sheds light on the woman’s rights movement – ignited by the hardship faced by those at home during wartime – and the variety of innovations that were spawned during the period – including the modern radio, prosthetic limbs, and the wristwatch.

Today we mark @PoppyLegion’s London Poppy Day. Keep an eye out on your commute for members of the @RoyalNavy, @BritishArmy and @RoyalAirForce who are across our @TFL network today collecting donations for the #PoppyAppeal. https://t.co/IeDqTGR2xL pic.twitter.com/HHmmqhULZi

India shuts down WhatsApp in regions across the country

Following outbreaks of violence across India, some of the country’s local authorities have taken action by shutting down WhatsApp in their regions.

India has a long and storied history with WhatsApp, specifically with fake news shared on the platform. This misinformation – often in the form of falsified messages and videos in WhatsApp groups – spreads at speed and at scale, often leading to violent mobs attacking strangers falsely rumoured to be involved in child abductions, leaving authorities with little to no time to respond to these incidents.

With more than 30 deaths being linked directly to WhatsApp, regions such as Pune, Manipur, Jammu, Kashmir and Bihar have all seen temporary shutdowns to internet connectivity, as reported by Wired, censoring mobile data connections to disrupt the flow of messaging and quell the violence.

The authorities aren’t alone in their fight as WhatsApp has also introduced a number of measures to ensure people use the platform appropriately. This includes the recruitment of a grievance officer to handle complaints, an India-based public policy manager, police guidelines and, most notably, grants from Facebook’s research division for those that may be able to help tackle the problem.

India is WhatsApp’s biggest market, with 200 million monthly active users, so tackling this issue is of the utmost importance for the country and the social media company.

These stories highlight the responsibility of the region’s marketers and advertisers to ensure the information they publish using social media platforms isn’t falsified in any way. And serves as a reminder that misuse of such platforms can have devastating ramifications.

Is there something you’ve always wanted to do? Don’t just
wait around, take action to make it happen. You’ve got this ????????#StartToday https://t.co/GLnRLJv1lX pic.twitter.com/nNpbIfcgRV

Although the formula of using a famous musician to promote and execute a campaign isn’t anything new under the sun, I think Barclaycard has found the right balance of telling an authentic story – Nadia Rose’s dreams of becoming a rapper – and genuinely engaging with a potentially younger demographic – through its choice of music, aesthetics and lead star (even making Nadia its Twitter header image).

Legacy banks and credit card providers are struggling to get millennial buy-in so using a young artist to star in the campaign is a clear sign of Barclaycard trying to engage a more youthful audience.

Similar to Olay’s ‘Face Anything’ activation from August, the brand is partnering with a mixture of celebrities (namely Rita Ora and Cara Delevingne) and micro influencers for this campaign. The brand hopes to use its partners’ reach on social to spark behavioural change, by getting them to share personal anecdotes and stories about cyberbullying.

Although the hashtag is garnering a lot of social chatter, Rimmel isn’t using posts to promote the campaign yet, instead, letting the conversation grow organically on social and utilising the ever-popular Instagram Stories as a means to communicate with its intended audience.

The brand is also partnering with nonprofit organisation Cybersmile, to create an online space for young people, with the goal of facilitating conversations and influencing change first-hand. Interestingly the collaboration will also include an AI-powered tool, called the ‘Cybersmile Assistant’ which will sit on Cybersmile’s website; offering myriad resources to help those affected by cyberbullying and giving the campaign a truly multi-channel approach.

The campaign’s origins are based on research conducted by Coty (Rimmel’s parent company) and Rimmel London into the effect of beauty cyberbullying on young women. The study found:

This is supported by UK charity Young Minds who found that 46% of young women cited “social media had a negative impact on their self-esteem”.

As the video demonstrates, users of the app can now take a screenshot of their favourite locations from Instagram and upload them straight to Easyjet’s app – where the real magic happens. Using image recognition techniques the app will then works to find the destination of the photo and (if successful) prompts users to book their next trip there.

This is an innovative way for the company to shorten the path to purchase when booking flights or package holidays.

Brands like ASOS use a similar visual search tool but Easyjet seems to be the first airline company to utilise visual search in a way that adds value for customers, as well as “crunches its sales funnel”, in the words of Michelle Goodall.

Last year, Easyjet told Travolution its mobile app had been downloaded 19.9 million times, with more than three million monthly active users. Its mobile users “on average make 50% more bookings than non-mobile customers”, so ‘Look&Book’ is a great example of using a mixture of both social media, behavioural and mobile usage data to inform new innovations that will genuinely benefit the end user.

HSBC is still ‘open for business’ with new campaign

The UK based bank HSBC is encouraging UK businesses to connect to the wider world through its new campaign.

For the video, the company recruits long-time ad partner, and IT Crowd star Richard Ayoade, to deliver an optimistic look into what the future of British trading might look like, post-Brexit.

Aside from the humorous tone – somewhat attributable to Ayoade – this is a refreshing campaign that offers an alternative look at a topic so shrouded in doubt and uncertainty. Using social to promote the campaign is also a good way to open up the conversation to UK businesses’ and the bank’s customers to discuss life after the UK leaves the European Union.

Twitter continues its mission to ‘improve the health’ of its platform’

This story has two parts to it. Firstly let’s take a look at the deletion of ‘activist’ accounts.

Earlier in the month, Twitter suspended around 1,500 ‘troll’ accounts suspected of spreading false information about the November US midterm elections.

The faceless accounts (called NPCs, ‘non-player characters’ – a video game term) were created by Reddit and 4Chan users in an attempt to, at first, make fun of liberal voters in the US. However, some accounts were spotted posting misleading information about the elections, causing Twitter to take immediate action.

Influence on political elections is an issue that Facebook is trying to stop. Action like this is made all the more significant when you consider nearly 46% of internet users get their news from social media

This action is consistent with the pledge Twitter made earlier this year about ‘serving healthy conversation’ on the platform.

The second bit of Twitter news surrounds its ‘Like’ button. The Telegraph reported on the rumour of its demise when it disclosed Twitter CEO Jack Dorsey’s comments about his feelings for the heart-shaped button and the detrimental effect it can have on Twitter users. There was a mixed reception from Twitter users…

When twitter gets rid of the “like” button some of us will never hear from each other again.

Dorsey wants to ensure “[Twitter is] incentivising the right behaviours to drive healthy conversation.”, with the Like button being touted as one of “numerous possible changes” the brand may make to fulfil its pledge.

Chocolate company Green & Black’s used a unique way to offer some added value to chocolate enthusiasts when it dispatched bespoke black cabs onto the streets of London, this month.

Fans of the chocolate and followers of its social channels were encouraged to spot the black cabs with Green & Black’s decals on the sides and hail them down for a free ride. But what’s the catch?

In celebration of @greenandblacks new Truffle and Praline Bars, I'm taking a #momentofindulgence on my journey to today's shoot! Hail the cab between now and 26th October to enjoy your very own luxurious, chocolate filled journey! #AD #greenandblacks #chocolate #momentsofindulgence

Before people could claim their free rides and jump in the taxi they had to take a selfie (like the above) and tag the company’s handle.

That’s it for October’s roundup. Join us again next month for more social stories. 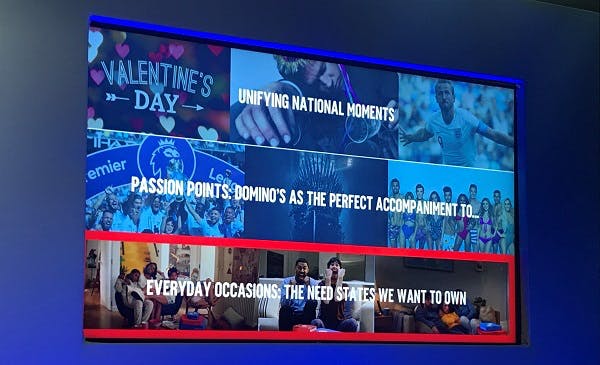