This month we’ve got updates from Facebook’s F8 conference, Snapchat’s partner summit, purposeful campaigns from some unexpected brands and much more. Let’s get stuck in.

Introducing Byte – from the makers of Vine

the byte beta we’ve been running with friends and family *feels* exactly like the vine friends and family beta, down to the weird but appealing randomness of the videos. that’ll change as we expand, but it’s a pretty good sign pic.twitter.com/rBbQrNtTJ7

In November last year, the creator of Vine announced that the short video sharing app would be making a return under a new name, Byte. Well, the long-awaited return has happened.

Vine’s creator, Dom Hofmann shared a glimpse of the beta version of Byte on his Twitter account late in April and hopes that this iteration of his short-video sharing creation is much more financially viable than Vine was.

Given the popularity of TikTok – an app with a similar premise to Vine – questions have been raised over the difficulty Byte will likely face in trying to differentiate itself. However, Hofmann believes that by placing emphasis on “doing right by the creators” it will not only last the test of time but also be able to co-exist in a market which TikTok currently boasts 500 million users in. More news to follow.

In its Q1 2019 results, Facebook announced that its monthly active users now sit at an impressive 2.37 billion (up 55 million from Q1 2019), with 1.56 billion people logging on to the platform every day.

With usage up, what innovation is to follow? Here are some of the interesting updates from Zuckerberg and Co. at 2019’s F8 conference:

The future is private (Groups)

Starting with the mobile experience (and then extending to desktop), Facebook announced that it will be redesigning its app to place more emphasis on Groups and reduce the prominence of the News Feed – this will take the form of more Groups tags and a personalised feed for Groups content.

Starting with a trial in Canada, Instagram will be testing a system that will suppress likes appearing in its users’ feeds – something Facebook says will enable people to “focus on the photos and videos you share, not how many likes they get.”

In addition to planned launches of desktop apps on PC and Mac, Messenger will allow users to set a status message.

Following its launch at 2018’s F8 conference, Facebook has announced its dating service will be expanding to 14 more countries.

More interestingly, the dating service has also introduced a new feature – ‘Secret Crush’ that allows users to create a secret list of Facebook friends that you have a crush on and will match you with them if the person is, 1) using the ‘Secret Crush’ feature and 2) has you on their list.

For more, see The Verge.

Young people give a XXXX !

This morning we launched the #GiveAXXXX campaign encouraging young people from across the political spectrum to make their voice heard.

Ahead of the European Parliament election in May, Vote for Your Future has launched a striking campaign to encourage young people to care about their future and register to vote.

The campaign’s bold slogans are ‘Give a XXXX’ and ‘Show You XXXXing Care’.

To make it easier for customers to buy products as showcasesd by their favourite celebrities, Instagram is testing shoppable posts with some of the platform’s most popular stars.

Building on Instagram Checkout – the feature launched in beta last month that enables users to complete purchases from top brands without leaving the app – stars like Kim Kardashian West and Nicole Warne will be able to tag items from the brands taking part in the Checkout test.

This addition to the checkout feature is a sign of Instagram’s intention to prioritise product discovery and social commerce on its platform by giving its users more ways to ‘shop the look’ of the celebrities and influencers they follow.

Pinterest describes its conversion optimization function as “a new campaign type that optimizes Promoted Pins for specific consumer actions, rather than just clicks”.

In addition, the platform has expanded its video ads offering with new Promoted Video ads. The new format will now allow businesses advertising on Pinterest to assign conversion goals, leading their targeted audiences to a landing page and closeup of the video – something Pinterest says has proven to be a powerful format at driving conversion goals “as it uses sight, sound and motion to demonstrate product features and benefits.”

These are both welcome additions and complementary to the recent news that the company now has over 265 million monthly users and will be publicly listed on the stock market.

Refuge partners with Picturehouse for #HideAndSeek

90% of domestic abuse in a family home happens in the presence of children. 'Hide & Seek’ is the first step in a partnership with @picturehouses to #EndAbuseTogether.
Please share this film and text ‘HOUSE’ to 70085 to donate £5. #RefugePH #HideAndSeek pic.twitter.com/vmzzUPE66R

Domestic abuse charity Refuge has teamed up with Picturehouse and produced an emotive short film called ‘Hide and Seek’.

The aim of the film is to raise awareness around the vulnerability of children and the fact that they bear witness to 90% of the domestic abuse that happens in the family home.

Refuge is using the hashtags #EndAbuseTogether and #HideAndSeek on social to accompany the overall campaign which will sees the charity use the popularity and reach of Picturehouse’s cinemas for maximum exposure, as well as rely on social media to spread the message and facilitate conversation.

Snap is introducing Creator Profiles to its lens studio to give Lens creators a space to showcase and share their work and learn more about their audience.

This also includes further expansion of the Lens Studio with more options and template to create more immersive AR experiences – including Landmarkers which “empower creators to build Lenses that can transform the world’s most iconic landmarks in real-time” and new templates that enable both hand-tracking and body-tracking.

Following its launch last year, Snap is making more additions to Snap Originals – including content ranging from docu-series’ and scripted programmes to teen dramas and comedies.

This is something the Snap believes will help it “shape the future of mobile storytelling”.

Accessible from the Chat Bar within the app, Snap Games is a brand new feature that Snapchat hopes will enable friends to have more meaningful experiences.

Friends will be able to play games, see what games their friends are playing and send them messages and voice messages all in one place.

As it pertains to sharing content from other apps (and dependent on what’s being shared) users will be able to interact with the content in different ways – e.g. swipe up to watch what your friend is watching on Netflix or donate to your friends cause on GoFundMe.

If you’re anything like me and the other 12 million people that watched the third episode of this season’s Game of Thrones, you would have been glued to your TV screens on Sunday night or Monday morning – depending on where you live.

According to Variety, it wasn’t only the TV fans of the show were captivated by but also Twitter as the latest installment of the fantasy drama became the most tweeted about TV episode ever – amassing over 7.8 million tweets on Sunday.

Are you TK Maxxing wrong? If your answer is yes, the high street retailer has produced a clever campaign to help consumers shop efficiently in its stores.

For anyone that’s been into a TK Maxx store, the shopping experience is synonymous with being time-consuming and overwhelming.

However, with TK Maxx The Right Way the retailer expertly flips what some may see as a negative into a positive by highlighting that shopping in its stores is more like a treasure hunt for customers to find big brands at smaller prices. 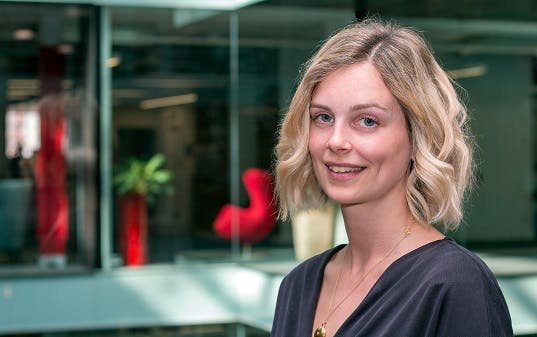