For March’s edition, we’ve got campaigns from THINK! and Lloyds Bank, and news from Instagram, LinkedIn and Pinterest plus much more. 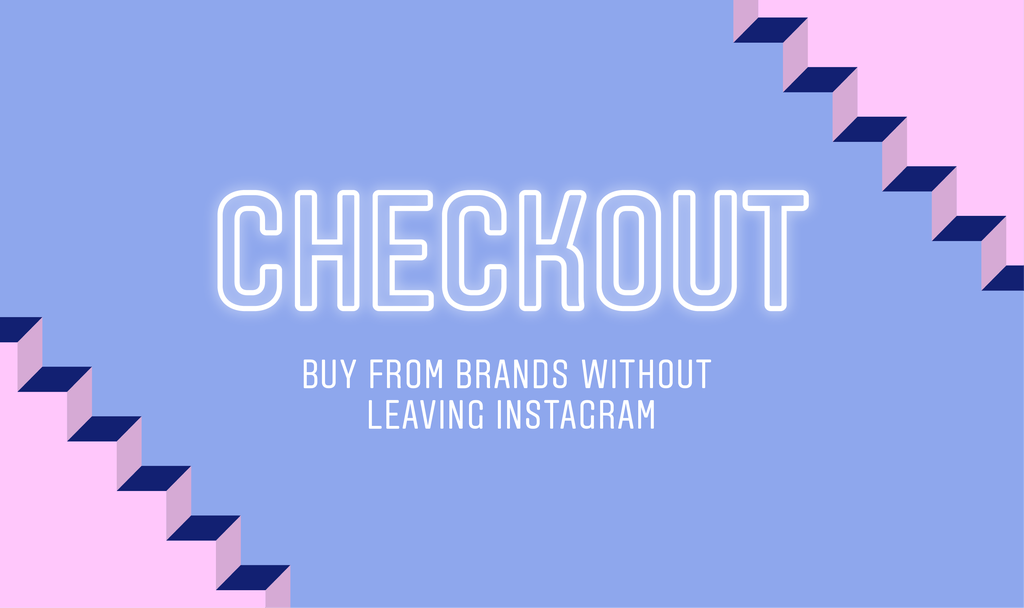 Instagram has launched a brand-new ecommerce checkout feature for more than 20 top brands.

‘Instagram Checkout’ allows users to complete product purchases without having to leave the app and after they’ve completed their first transaction, Instagram saves purchasing information to the platform.

At the time of writing, the feature is being tested in closed beta and is only available on organic posts, Stories and the Explore Page.

For more on what the feature could mean for ecommerce and marketing as a whole, read our expert interviews.

The UK government’s road safety campaigner THINK! is back with its latest campaign geared towards young drivers.

The purpose of the campaign is to teach and encourage new drivers to learn the ways of the road and uses a combination of humour and education (as well as the fictional ‘Road Whisperer’) to deliver advice to new drivers.

Through a series of short videos, the campaign offers tips on common issues and moments new drivers face on the roads.

THINK!’s campaign is supported by research which shows that one in five drivers crash within the first year of passing their driving test, making the Road Whisperer a much-needed companion for new drivers.

LinkedIn has introduced three new targeting options for advertisers on its site to bolster its advertising offering. The three new options are:

Lookalike audiences – LinkedIn matches an uploaded list of prospects (e.g. CRM email list) against its database of users to come up with a new audience with shared traits.

Audience templates – This feature enables advertisers to search for market segments. LinkedIn will then provide matches based on what has been entered (at the time of writing there are around 20 predefined audiences).

Interest targeting – This feature enables advertisers to target users based on their professional interests – i.e. the content they share, topics they follow and posts they’ve engaged with.

It also uses Microsoft Bing to incorporate search data from users, including related searches and content, without compromising member privacy.

More on this at Social Media Today.

Aldi launched Teatime Takedown initiative (and then took it down)

Aldi recruited both pro-gamers and UK parents to get children to put down their games console controllers and pick up their dinnerware, with its Teatime Takedown initiative.

Teatime Takedown encouraged parents with video game-obsessed kids to sign up to the initiative on Aldi’s Facebook page, in return for an Aldi-partnered gamer defeating their child on their favourite online game (freeing them up for family time at the dinner table).

Loving #teatimetakedown by @AldiUK who enlisted professional gamers to accelerate "take down" so kids can make it on time for dinner! Fun way to bring family time back in focus… #ooh #creativity @McCannMcr @RapportWW @clearchanneluk @Amscreen pic.twitter.com/ClbGz9oKOY

Although the company was met with some praise, others questioned its logistics and questioned why gaming was being used as a scapegoat for children skipping dinner, when other forms of entertainment can have just as much of an impact.

It seems Aldi listened to the feedback so good on them. Must have been a mightily expensive campaign! pic.twitter.com/sPUzLqTPZ0

However, the campaign was ultimately pulled by Aldi as a result of the backlash, with this lucky Twitter user getting a voucher for his troubles.

Facebook is back in the headlines with more data security trouble, this time in the form of inadequately stored user passwords.

In a statement on the company’s blog, its VP Engineering, Security and Privacy wrote: “As part of a routine security review in January, we found that some user passwords were being stored in a readable format within our internal data storage systems.”

This means Facebook had a large proportion of its users’ passwords stored in plain text for internal use – accessible to around 2000 internal Facebook employees.

Facebook has since confirmed that the passwords “were never visible to anyone outside of Facebook” and that it “found no evidence to date that anyone internally abused or improperly accessed them”.

Comic Relief’s ‘We need each other more than ever’ campaign

We need each other more than ever. Come Together this #RedNoseDay ????

Steering away from the charity ads commonly used by Comic Relief in the past, the campaign delivers its message in a way that seems fresh and relevant.

The campaign highlights that in turbulent times the UK has always been charitable, and calls upon this characteristic to support Comic Relief.

More on this at Campaign Live.

Introducing The M-word. It’s good to talk about money. Find out more at https://t.co/05BP2j51yX pic.twitter.com/5iqKlBGGFy

Lloyds Bank aims to tackles the subject of money in UK families with its latest M-word campaign.

With statistics like 50% of UK adults believing that talking about personal money matters is taboo and 25% lying to their family about their financial situation, the M Word campaign was created to open the conversation and destigmatize talking about money in UK homes.

In addition to social media activity to foster the discussion, the M-word campaign is accompanied by its own dedicated page on the Lloyds Bank website – and M-word courses designed to educate people on the importance of talking about money.

Following successful tests on a small group of German businesses, the content discovery platform announced that businesses in the above regions will now have access to its standard and video ads options “to help people in Europe find their next great idea”.

The expansion ties into Pinterest’s plans for international growth and there are no signs of the company slowing down. It recently launched test ads in Belgium, the Netherlands, Portugal and Switzerland. Watch this space. 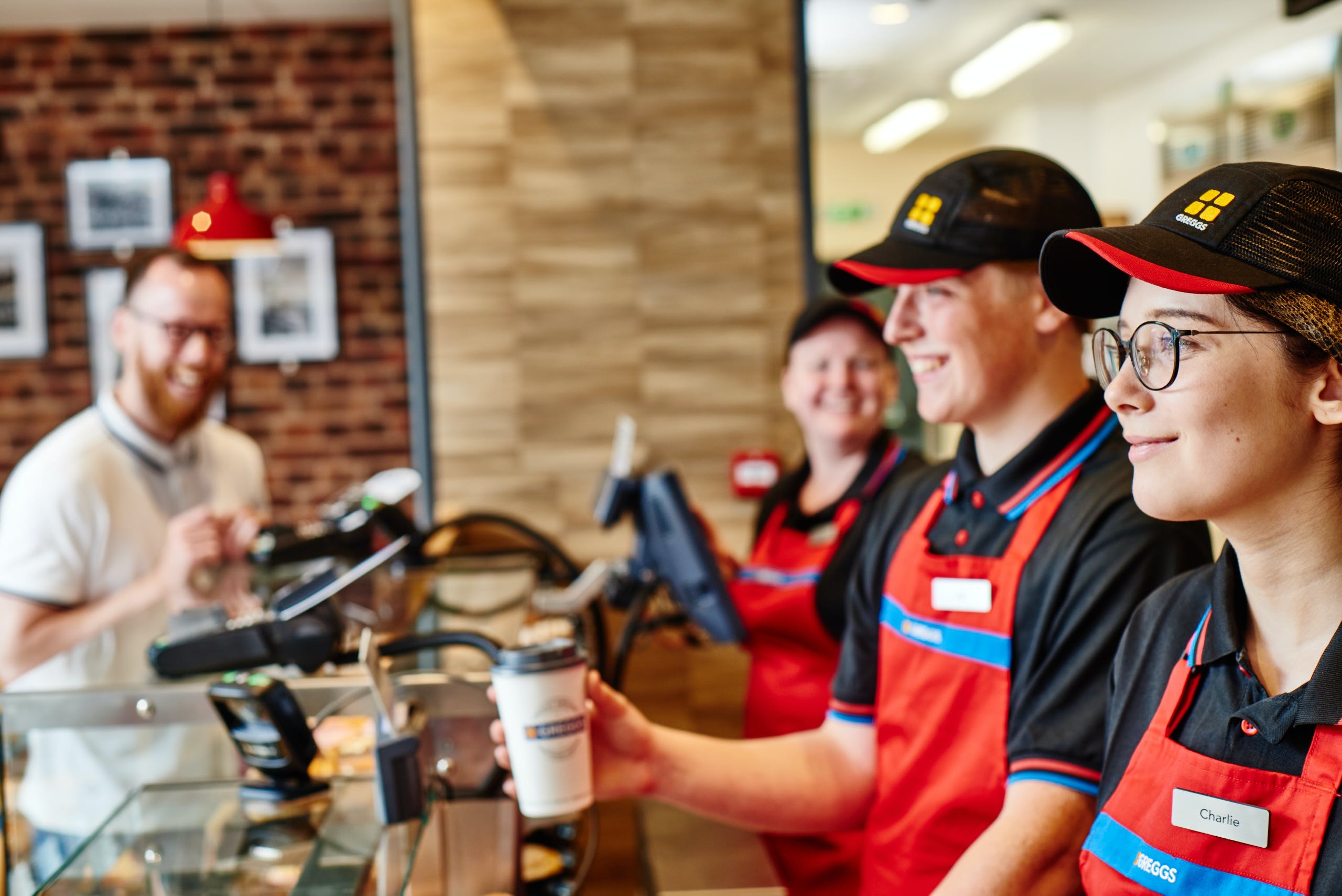 We recently included Greggs in a listicle of 18 brands with brilliant digital strategies.