But Birds Eye, the beloved frozen food brand dating back to 1922, is on a mission to make frozen foods like peas, chicken dippers and fish fingers attractive to the public in order to bolster its core sales.

Speaking at last week’s Festival of Marketing, Steve Challouma, Marketing Director of Birds Eye UK, related how Birds Eye sought to combat flagging sales of its frozen food products in 2015 and 2016 by modernising a traditional brand.

“Birds Eye has always had a modernising and pioneering history,” said Challouma, noting that the brand aired the first ever colour TV advert in 1969. Four decades later, Birds Eye needed to bring all of that innovation to bear on its brand as frozen food sales started to tumble.

In 2015, Birds Eye’s parent company, Iglo Group, had just been acquired by Nomad Foods. Not long afterwards, Birds Eye made the ambitious move to branch out into a new food category, breakfast foods, with its ‘Hello Morning!’ range. 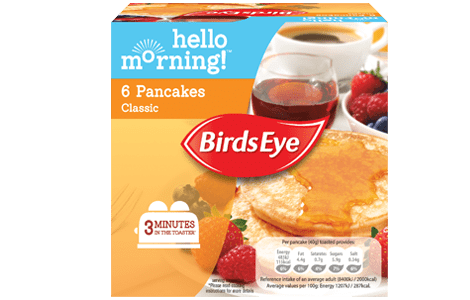 While the new food category did fairly well, Birds Eye realised too late that it had been neglecting its core food products like fish fingers, chicken dippers, and frozen peas, for which it was best known – and which carried a huge amount of its revenue. While sales of frozen foods as a whole were relatively stable, sales of Birds Eye frozen food were sharply declining, and the brand realised that it needed to revitalise its frozen food marketing strategy to save its core business.

“So, we got back in our box, and went back to frozen foods,” said Challouma.

A change of attitude

The first step that Birds Eye took was to change its attitude towards marketing frozen foods: from “defensive” and “apologetic” to being “confident, leading, [and] speaking up about the core benefits” of frozen food.

As it turned out, it was a very fertile time to be marketing frozen foods: food waste was a huge hot topic, and consumers were also becoming more conscious about their diet.

Birds Eye also looked to its own history to determine how it could best market itself in the future. It recalled that the brand was at its peak during the 70s and 80s as a collection of “pillar brands”, each with its own distinct focus. With that in mind, Birds Eye asked itself how the brand could win in individual foods – fish fingers, frozen peas – and do what was right for each product category.

The brand played into the fondness and connection to childhood that surrounded frozen food brands: consumers remembered eating fish fingers as a child, and then went on to serve the same food to their own children.

Birds Eye decided to revive and bring back one of its most distinctive assets: Captain Birds Eye (known in European markets as Captain Iglo), the brand’s venerable, sea-faring mascot. The brand had “intellectualised itself” out of using Captain Birds Eye, said Challouma, and hadn’t actively used him in marketing for more than ten years – yet the Captain still enjoyed 85% brand recognition.

So, Birds Eye gave the Captain a makeover, retaining his most iconic attributes – the cap, the beard, the sailor’s uniform – and dropping some of the formality, such as the stripes on his sleeves. They cast a slightly younger actor (not much younger, as the brand had experimented with a 30-something Captain Birds Eye in the 1990s, who completely flopped): Italian Riccardo Acerbi, who is a “water-sports enthusiast” with a love of the sea.

To the brand’s surprise, the new Captain was a huge hit on social media and in the press, with reams of comments and editorials published about the new, “hot” actor and his “rugged good looks”. While it wasn’t the exact response they had expected, it was a win nonetheless! 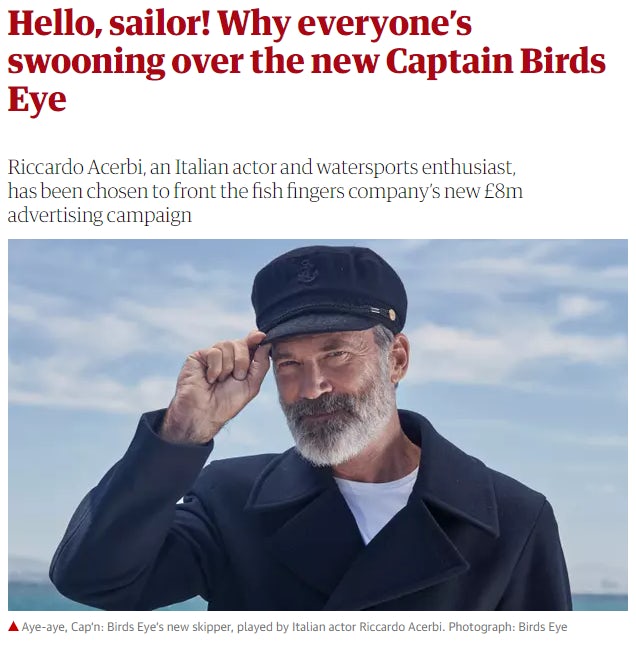 Fish fingers often make the news for weird reasons, said Challouma – for example, a man dressed as a fish finger ran against then-leader of the Liberal Democrats Tim Farron in the 2017 General Election.

These stories might not always present a great marketing opportunity – but one did. In May 2017 the Daily Mail ran an article blasting so-called “slummy mummies” – a group of mummy bloggers – for “Feeding their toddlers frozen fish fingers, swigging gin from baby cups” and engaging in “potty-mouthed ranting about their kids online”.

Social media users swiftly took offense at the portrayal of the five bloggers singled out by the Daily Mail (whose only “crime” was admitting to the less glamorous side of motherhood) and formed a hashtag to support them: #solidaritea.

Birds Eye jumped on the hashtag to declare that it was “proud to be a part of tea time for mummies everywhere”, with a custom-created gif:

Birds Eye is proud to be a part of tea time for mummies everywhere. Thank you, mums! #solidaritea pic.twitter.com/pJqb1HNCB4

This move won it huge accolades from social media users who were pleased to see the brand standing behind mothers:

Birds Eye also got in touch with the mums targeted by the Daily Mail and sent them discount coupons for Birds Eye products, which generated more positive PR.

Lovely presents from @AldiUK and @BirdsEyeUK today keeping me well stocked with gin and freezer tapas. Thank you for the #solidaritea pic.twitter.com/YR0Fbuh0CP

However, the pièce de résistance came when Birds Eye invited the mums – who had dubbed themselves the “Fish Finger Five” and created their own WhatsApp group – to be part of a marketing campaign celebrating hard-working mums (and dads). Birds Eye created a video starring the five mums that incorporated the hashtag #solidaritea and published it to Instagram and Twitter, where it was an instant hit.

“It was a very different tone for the brand, and achieved something that TV content could never do,” said Challouma.

The marketing campaign more than paid off for Birds Eye, netting them thousands of views and positive comments on social media, as well as multiple marketing awards.

Birds Eye went on to re-use the #solidaritea hashtag last June in a Father’s Day campaign and video, ‘More than just a day’, which celebrated “Dadding” and everything that it involves. At the time of writing, the video has more than 480,000 views on Twitter.

As a result of Birds Eye’s brand revitalisation, brand desire for Birds Eye has grown to 13.3%, while awareness is up by 8 percentage points.

The brand has also seen a 24% increase in ROI, and its frozen food sales are back in growth.

Challouma shared a series of lessons learned from Birds Eye’s marketing exploits, which he called The Captain’s Charter:

Read more of our great brand content from Festival of Marketing 2018: 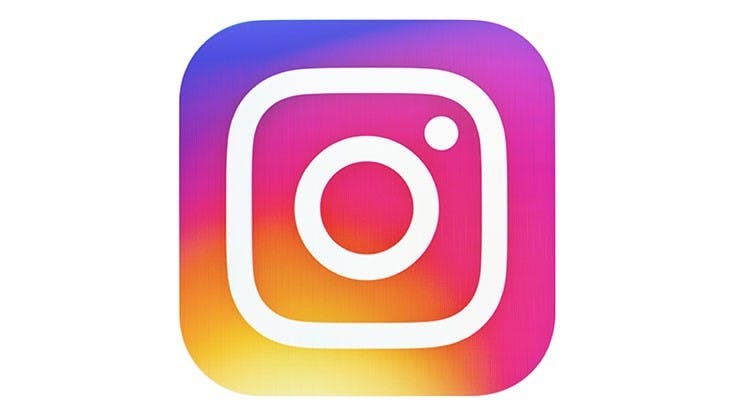 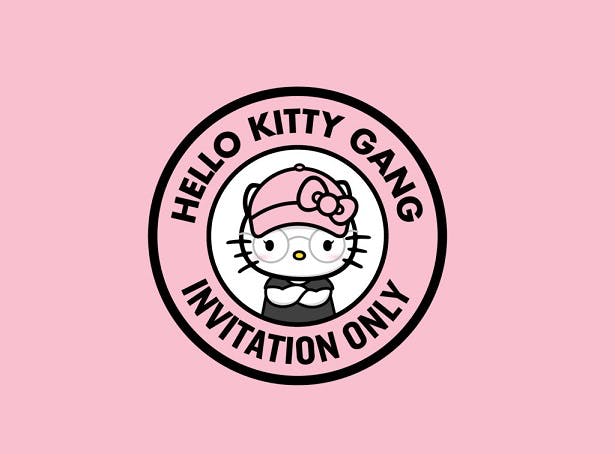