For example, Anheuser-Busch InBev, the world’s largest brewer, runs a venture arm called ZX Ventures that has quietly funded a number of beer websites, including RateBeer and Pitchfork’s October. The latter is owned by Conde Nast.

ZX Ventures’ investment in RateBeer was apparently made in October of last year, but only became widely publicized last week by Good Beer Hunting, an unaffiliated craft beer website, after some LinkedIn sleuthing.

RateBeer bills itself as the “most in-depth, accurate, and one of the most-visited source for beer information.” With a focus on craft brewing, it offers its users the ability to rate and review beer as well as businesses that serve beer, such as bars and breweries. It also operates community forums and publishes news stories.

The revelation that the world’s largest brewer now owns a piece of one of the web’s most popular craft brewing sites sparked a lot of controversy. Joseph Tucker, RateBeer’s executive director, was forced to make an announcement about the investment and his rationale for taking it. He attempted to reassure RateBeer’s users that “ZX Ventures has the utmost respect for the integrity of the data and the unbiased service we offer to the entire community and industry.”

But perhaps not surprisingly, this hasn’t satisfied many in the RateBeer community. A number of craft brewers whose beers are listed on RateBeer have even gone so far as to request that their listings be removed. One craft brewer, Sam Calagione, who runs Dogfish Head, even suggested that the investment has caused a violation of the Society of Professional Journalists (SPJ) Code of Ethics.

“It just doesn’t seem right for a brewer of any kind to be in a position to potentially manipulate what consumers are hearing and saying about beers, how they are rated and which ones are receiving extra publicity on what might appear to be a legitimate, 100 percent user-generated platform,” he stated. “It is our opinion that this initiative and others are ethically dubious and that the lack of transparency is troubling.” While Anheuser-Busch InBev’s interest in RateBeer is easy to understand, the reaction to it demonstrates that the wisdom of such investments is subject to debate and here, it would appear that the brewing giant’s investment might prove to have been more risky than it was savvy.

For brands considering similar investments and hoping to avoid similar situations, it’s worth asking the following questions before investing:

Could the investment reasonably create a perceived conflict of interest?

If the answer is yes, brands should tread very, very carefully. While not necessarily a deal breaker – it’s hard for brands to invest in a content producer without there being some concern over the potential conflict of interest – some perceived conflicts are likely to be more problematic than others and this should be taken into account.

Will the investment create concerns about competition?

The most problematic perceived conflict of interest relates to competitive concerns because in today’s environment, many consumers are upset by few things more than the specter of a huge corporation using its might to unfairly crush smaller competitors.

In the beer industry, giants like Anheuser-Busch InBev are trying to grapple with the rise of craft brewers, which has in large part been fueled by consumer demand for high-quality beers that aren’t produced by mega brewers. In response to the growing popularity of craft beer, Anheuser-Busch InBev has purchased a number of craft brewers. It has also been accused of hoarding hops, causing some to suggest that it is acting in an anti-competitive fashion to shut out smaller players.

Here, the competitive concerns that would be raised by the company’s investment in a site catering to the craft brewing community were not hard to predict.

Will the investment be disclosed publicly?

In most circumstances, there’s a strong argument to be made that brand investments in content producers should be transparent. There are a number of reasons for this. Chief among them is the fact that transparency gives the websites in question the opportunity to explain the investment and lay out in detail how it will affect them. As part of this, sites can detail how editorial independence will be protected and what data could be shared with the investor.

In the case of RateBeer, the fact that ZX Ventures’s investment wasn’t disclosed for eight months and was disclosed only after it was discovered by another beer site make it appear that the investment was kept hidden intentionally, which only exacerbates the concerns above.

More on brands as publishers: 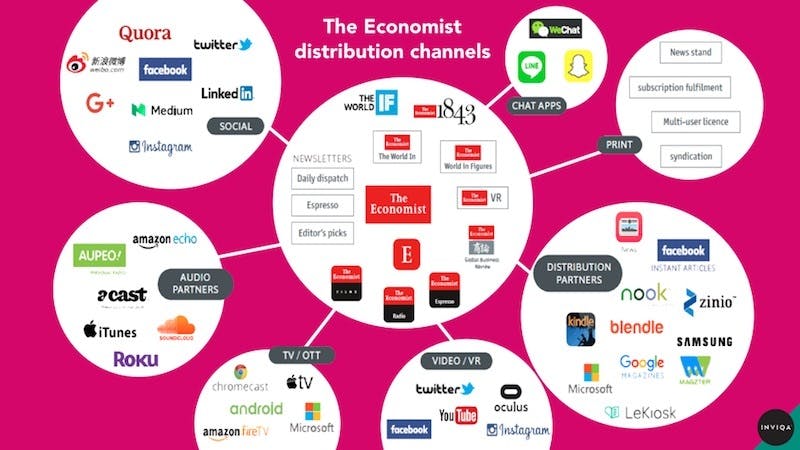 The humble browser is no longer the only thing that consumes content, so getting your content to new audiences in new places means having a content strategy for the likes of native applications, voice user interfaces, and the emerging Internet of Things.