With this in mind, here’s a run-down of some of the best (and forgotten-about) stunts in recent years, as well as analysis on why they work.

What better way to celebrate the 25th anniversary of Jurassic World? Erect a giant statue of a sexily posing Jeff Goldblum directly in front of Tower Bridge, that’s how.

This stunt was the brainchild of Now TV, which aimed to capitalise on excitement surrounding the new Jurassic World 2 in summer 2018. According to reports, the statue weighed 331 pounds, was over 9.8 feet high, and nearly 23 feet long.

While tonnes of visitors flocked to see the statue in all its (unbuttoned) glory, NowTV ensured maximum buzz and interest by only leaving it there for a super-short period of time.

To celebrate the 25th anniversary of JURASSIC PARK's premiere in the U.K., streaming service @NOWTV unveiled a statue of Jeff Goldblum in London's Potters Field. pic.twitter.com/hTFNKURMZM

2. Carlsberg’s ‘best poster in the world’

Carlsberg has a history of creating cool and clever marketing campaigns. Its response to Protein World’s controversial ‘Beach Body Ready’ campaign – which asked consumers if they were ‘beer body ready’ – is definitely worth a mention.

However, it is the stunts based on Carlsberg’s ‘probably the best…’ slogan which tend to be most effective.

In 2015, it unveiled the ‘best poster in the world’ in London’s Brick Lane – a billboard that dispensed free beer. It was an incredibly simple concept, but perfectly on-brand. Unsurprisingly, the stunt generated a lot of interest on social, with #probablythebest generating over 3m Twitter impressions in just one day.

In celebration of the 14th anniversary of the final episode of Friends in 2018, which originally aired May 6th 2004, Deliveroo decided to pay homage to one of the show’s most infamous meals.

No, not Joey’s ‘two pizzas’ or even a Central Perk muffin, but Rachel’s glorious meat trifle.

While fans were naturally dubious about the trifle’s taste, reports suggest that it was surprisingly good. Then again, I guess it wouldn’t have been much of a publicity win for Deliveroo if it actually tasted like feet.

Some PR stunts are deliberately designed to get picked up by journalists looking for a quick and easy ‘news’ story.

When it teamed up with Bompas & Parr to create the world’s first ‘anti-ageing gin’ in 2016, Warner Leisure Hotels knew it could guarantee a headline or two.

Dubbed ‘Anti-aGin’, the tipple’s ingredients include collagen and a variety of antioxidants and ‘skin-healing’ botanicals to help ‘reduce cellulite and sun damage’. While there’s no real evidence that the gin actually has any real benefits, the stunt certainly garnered attention for Warner Leisure Hotels (and undoubtedly a few sales of the product in its UK hotel bars). A good example of a brand generating buzz from something outside the realms of its core product offering.

How to choose a B2B PR agency

Are pop-ups PR stunts or examples of experiential marketing? While it can be difficult to differentiate betwen the two categories, more often than not – a brand event can be both.

Cadbury’s crème egg café is case in point, with the pop-up giving consumers a sensory experience as well as creating a splash in the media.

First launched in 2016, and running from January to March, the Soho café was made up of three floors of chocolatey heaven, including a ball pit and a menu of crème egg soldiers, toasties and cake. The fact that the pop-up returned in 2017 and 2018 means it’s more than just a stunt. Cadbury seems to have stumbled on something that’s far too good not to repeat.

Another PR/experiential hybrid, which I first wrote about in July of 2016.

Launched just in time for the release of the Ghostbusters movie, it involved a giant version of the Marshmallow Man greeting commuters in London’s Waterloo station.

One of the most ‘Instagram-worthy’ stunts in this list due to sheer size and scale, it was widely documented by passers-by. As well as capitalising on the nostalgia of the character itself, the creative spectacle also meant that anyone who saw it (or heard of it) would be likely to appreciate it – instead of just movie lovers or hardcore Ghostbusters fans.

7. Diesel’s knock off store (that was actually real)

However, unbeknown to visitors, the store was actually set up by the real brand as part of a PR stunt and marketing opportunity. The clothes turned out to be 100% authentic, and not just standard Diesel items, either, but one-of-a-kind pieces created especially for the stunt (which will undoubtedly become collectors’ items in future).

Check out the shoppers’ amusing reactions in the video below.

Not all PR stunts create a positive splash either. Domino’s has seen its fair share of fails in the past, including one that involved reindeer delivering pizza (which ended up going terribly awry).

The brand has seen success with other attempts, however, especially relating to social media. In 2015, it announced that US customers would be able to order their pizza by tweeting the corresponding emoji, describing as the ‘epitome of convenience’. Of course, the process is not quite as seamless as it sounds, requiring customers to register online first and add their pizza preferences.

Now you can order Domino's by tweeting ????. Find out how at http://t.co/Rwt1tJUmXShttps://t.co/Cs5f3JJyni

Here on the blog, we questioned whether or not it was a PR stunt or the future of social. The fact that it hasn’t really cottoned on but is included in this list might answer that question.

9. ASB and the ball dogs

Anything involving dogs is always a winner. ASB Bank, sponsors of the Auckland Open, proved this when it used dogs instead of human ball boys in 2015.

To promote the ASB Classic tournament, the New Zealand bank used three dogs, named Oscar, Ted, and Super Teddy, to fetch the balls in a match between Venus Williams and Svetlana Kuznetsova.

Surprisingly, the PR stunt went very smoothly, with the dogs doing a stellar job and winning a few fans in the process.

Of course, the reason it worked is because the dogs behaved themselves. I’m not sure I’d be mentioning this example if the dogs mirrored the behaviour of those Domino’s reindeers… proving that good PR sometimes involves more than a little bit of luck.

10. Jackpotjoy and a giant rubber duck

“Blow it up and float it down the Thames” has become one of the biggest PR clichés in recent years, mainly thanks to an endless stream of brands ranging from eBay to Airbnb partaking in the activity.

Is it lazy? Too predictable? Probably. But the main aim of a PR stunt is to make an impact on passing consumers – and this tactic can be undeniably effective.

One of the best examples is Jackpotjoy.com sending a giant rubber duck down the river in 2012. It was done to celebrate the launch of Facebook FUNdation – an initiative to reward people who do silly things to make people happy. And what’s dafter than a giant rubber ducky on the Thames?

By doing something so ridiculous, Jackpotjoy successfully demonstrated what it was promoting (and captured the attention of baffled passers-by in the process). This makes the stunt far more memorable than ones from brands that have merely jumped on the trend.

Onto another animal sighting in London – this time a polar bear on the tube.

In 2015, Sky Atlantic created an 8-foot animated creature to promote its new crime drama, Fortitude, which it then unleashed on the underground, in London parks, and near landmarks. To make it look as realistic as possible, the brand also used actors from the West End show, Warhorse, to operate the polar bear.

The main reason it was so effective was the unexpected nature of the stunt, building on the contrast between such an urban setting and an animal synonymous with nature.

It also nicely set up the concept of Fortitude itself, with Sky Atlantic introducing the public to one of the show’s central ‘characters’, so to speak. Paddy Power is another brand that’s well-known for PR stunts. One of its most off-the-wall was the time it sent a mariachi band to serenade Donald Trump as he arrived in Glasgow in 2016.

Um, why, you might ask? It was merely in response to Trump’s promise to build a wall between Mexico and the US – one he made during his presidential campaign.

While it sounds like a completely random stunt, it was in fact related to Paddy Power taking bets on political results. See a recent example below…

What was Trump trying to say before he fell asleep on his keyboard? #covfefe https://t.co/9swe6O401j pic.twitter.com/2i1hl7YCZo

This is a great example of a brand capitalising on timely and real-time events to drive marketing or PR campaigns. Stunts like this come with the danger of controversy, of course, but with Paddy Power successfully building up legions of fans due to its bold and brash humour – it was met with appreciation.

Now to a PR stunt that quite literally made a splash. In 2016, Epson, the printer manufacturer, teamed up with sportswear company, Triflare, for a one-off event in New York’s Times Square.

It involved members of the US synchronised swim team performing in a 17,000-gallon multi-coloured tank, with all performances being broadcast live on giant LED screens.

The event was mainly for the purpose of promoting Epson’s range of Ecotank printers, however, it also provided a nice marketing opportunity for Triflare, who created special swimsuits printed with Epson’s dye-sublimation transfer printing technology.

With Triflare being the official sponsor of the US synchro team, it was a natural collaboration, but one that ended up mutually benefiting both brands.

Lastly, Tate & Lyle’s PR stunt is one that captured the true essence of the brand.

In 2013, it built the Cake Hotel in Soho – a three-floor temporary pop-up filled with edible art. Created to promote the brand’s new range of sugars, it involved walls being clad with 2,000 macaroons, a rug of 1,081 meringues, 20kg of marshmallow garlands, fudge-topped windowsills, and a bath full of caramel-coated popcorn.

Visitors invited to the one-night only event were encouraged to literally eat their way around the hotel.

This example raises the question – is it worth putting in months of planning and painstaking effort for just a single event? Perhaps Tate & Lyle’s stunt proves that the greater the effort, the greater the reward.

With nation-wide media coverage, social media buzz – and a lot of happy visitors – it generated enough positive brand sentiment to last long after the sugar crash.

We caught up with Emma to see what her role entails. 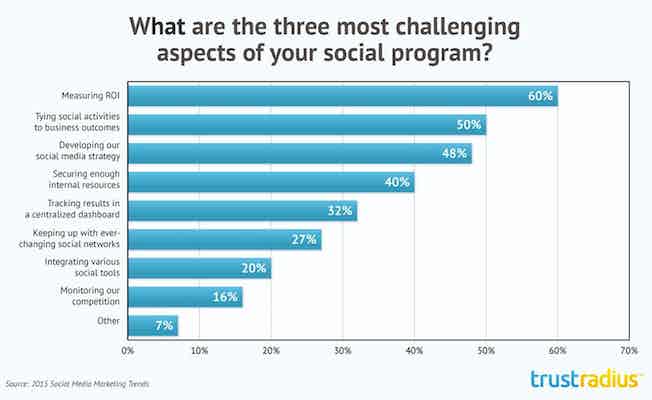