That’s according to a study published by BBDO Worldwide, which found that of the 100 brands with the most engagement on Facebook, only 3% were engaging in paid promotion of 80% or more of their Facebook posts.

This is problematic according to Julian Cole, BBDO’s head of communications planning, because ”organic reach on Facebook is dead.”

Indeed, clients of social media publishing platform provider SocialFlow saw their reach per post on Facebook drop by a whopping 42% between January and May of this year alone. Of the brands BBDO looked at, a full 15%, including brands like Pizza Hut, Dove and Pringles, didn’t use paid promotion for any of their Facebook posts.

The top 3% of brands, on the other hand, made extensive use of paid promotion.

Looking at the wrong metrics

Why are the majority of brands still relying so heavily on organic reach on Facebook?

According to BBDO’s Cole, many are probably focusing on the wrong metrics, specifically those related to engagement, such as comments and likes.

Frequently, BBDO found, those who engage at a higher clip aren’t even those the brands are targeting. In many cases, the consumers brands are targeting haven’t liked their Facebook Pages, and thus are unlikely to be reached organically.

When you look at where you actually grow, it’s actually the light buyers, people who buy your product once or twice a year.

Unfortunately, because brands have been conditioned to focus on engagement metrics, many are just now learning that their campaigns on Facebook might not be reaching who they need to reach in the first place.

BBDO says that it’s working with clients to help them understand this, and as this knowledge becomes more widespread, it could help Facebook grow its ad business even further. 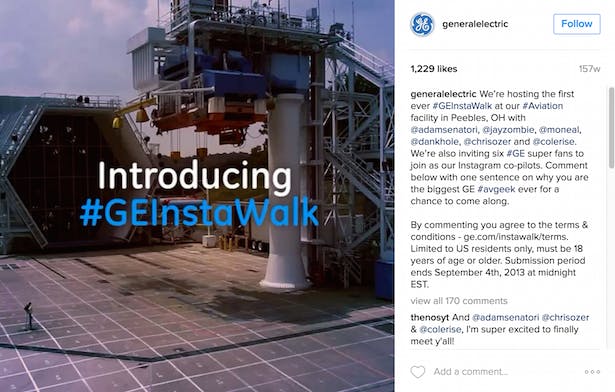 GE obviously has some money behind it, but its marketing is not just about big above-the-line campaigns.

The brand has jumped on new platforms relatively early, and uses video and educational content to great effect.