As Digiday’s Yuyu Chen recently detailed, a weight-loss supplement company turned to influencer marketing to help it “restore its image” as it battled legal issues related to product recalls.

Unlike most influencer campaigns, Collective Bias, the firm it worked with, needed extra time to find influencers in the supplement company’s target market – overweight female adults over the age of 40. And because the content the influencers created needed to be compliant with Food and Drug Administration (FDA) rules, legal reviews were required before content could be published.

Another firm, Talent Resources, which has created influencer marketing campaigns for weight loss companies SlimFast and Hydroxycut, confirmed that pharma campaigns are a different beast. According to the firm’s CEO, Michael Heller, with pharma campaigns it normally takes two months to find the right influencers.

One of the big challenges is finding influencers who will commit to campaigns that are longer than usual because pharma companies frequently need influencers to publish content about their progress using a product over an extended period of time.

Campaign execution brings its own challenges. Because of the amount of disclosure required by the FDA, the content published by influencers often looks more “heavily branded.”

Of course, not complying with the rules is a no-no. Last year, one of social media’s highest paid influencers, Kim Kardashian, published a sponsored Instagram post for Diclegis, a morning sickness drug marketed by pharma company Duchesnay.

The post racked up nearly half a million likes and boosted social media conversation about the drug by 500% according to one social media analytics firm, but because the post didn’t abide by the FDA’s rules, the regulator sent Duchesnay a warning letter and demanded corrective action. That resulted in a follow-up post by Kardashian in which she was forced to tell her followers that her post didn’t meet FDA requirements. A subtler way to use influencer marketing?

While there’s no direct evidence that the FDA’s action had a chilling effect on other pharma companies, the unique rules that pharma companies have to deal with will likely limit their use of influencer marketing and encourage them to think differently about how they can take advantage of it.

One approach pharma companies seem to be embracing as an alternative to traditional campaigns in which an influencer directly pitches a product or service is to enlist influencers to drive awareness of a medical condition the pharma companies’ drugs treat.

Last year, pharma giant Novartis partnered with actress/singer Queen Latifah as part of a Rise Above Heart Failure initiative designed to call attention to heart failure, a condition that the company’s drug Entresto treats. Novartis involved Queen Latifah because her mother, Rita Owens, had previously experienced heart failure, so the campaign was something that she was ostensibly eager to be involved with.

As part of its initiative, Queen Latifah participated in a Facebook Live event. Other pharma companies appear to be mirroring Novartis’s approach. For example, Allergan is participating in a See America campaign that aims to put an end to preventable blindness. The awareness-building portion of the campaign will have Allergan “working with influencers in various areas, including art, fashion, sports, and music, to reach people across the country.”

Obviously, tapping influencers to promote a condition or cause might not seem as desirable as tapping them to promote a product directly, but for pharma companies already hampered by reputational woes, it’s not only likely to be the best way to minimize the regulatory red tape associated with their campaigns, it’s probably the best way to ensure that the goodwill of the influencers they work with doesn’t go to waste or worse, is put in jeopardy. 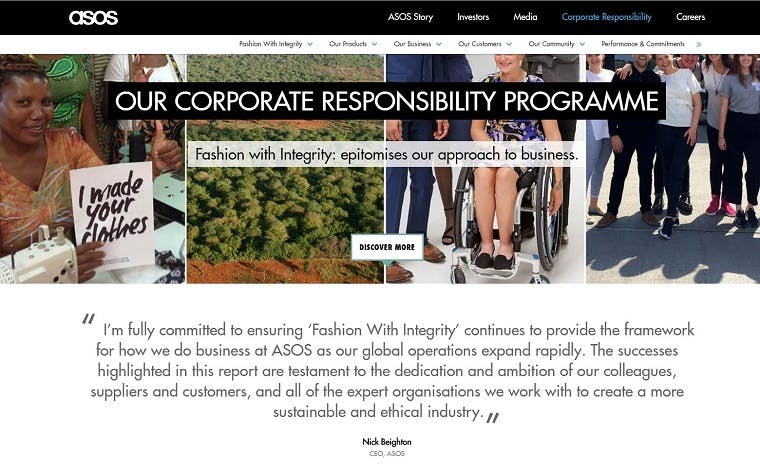 The new year might see a surge in gym memberships, but spring time is when things start to get serious.

Thanks to social media, there’s a constant stream of motivation to draw on, with a plethora of fitness and sports brands capitalising on our ongoing quests for self-improvement.