According to a study by Influencer Marketing Hub, 79% of brands in a survey said they predominantly go to Instagram for influencer campaigns. This is compared to 46% who go to Facebook, 36% who go to YouTube, and 24% who go to Twitter.

Social media is continuously evolving, of course, as are the trends and tastes of its users. In 2019, creative short-form video was the name of the game, and TikTok the platform that everyone was talking about.

With its selection of editing tools – including copyright-free music, soundbites, filters, and AR effects – TikTok has naturally borne a more stylised and slick style of content; designed to truly entertain rather than to portray a lifestyle that people want to emulate (or buy into). Now with TikTok now surpassing one billion global downloads, brands are naturally trying to tap into the platform’s influencer opportunity.

TikTok: Everything you need to know

TikTok started out as Musical.ly – an app that largely featured teens lip-syncing to their favourite songs. In its reincarnation, TikTok still heavily revolves around music, but its content has expanded to a variety of niche interests including comedy, dance, beauty, and sport. An interesting element of the platform is that the best, most creative, and entertaining videos tend to generate the most reach, making the barrier to entry (for influencers) higher than platforms like Instagram and YouTube, where follower-size or fame hold more value. Another difference is that TikTok does not care who knows who on the platform, instead focusing on the content that people enjoy.

Consequently, rising influencers on TikTok are typically chosen for what they produce rather than the size of their following. This is the case at the moment, anyway, but it could change as the platform continues to grow.

Of course, there are well-known creators on TikTok, but these examples have typically grown in correlation with the platform’s popularity. This means that brands who usually work with a certain type of influencer on Instagram might choose to go down a different route on TikTok, and instead look for creators which align to the platform’s more creative and self-expressive style.

One example is Gymshark and its ’66 Day | Change Your Life’ challenge, which involved partnerships with six different influencers. One of the six was Twin Melody – an account that has 6.3 million fans on TikTok but just 966,000 followers on Instagram. By partnering with Twin Melody, Gymshark was able to capitalise on the creator’s popularity on TikTok (which stems from users’ interest in dance and acrobatics), which ultimately contributed to the campaign’s success. Mediakix reports that it generated a reach of 19.8 million users.

TikTok says that 41% of its audience are between the ages of 16 and 24, unlike Instagram which typically targets an older millennial audience. This means that brands need to think differently when it comes to the kind of content they are putting out on the platform.

Generation Z values authenticity highly, particularly when it comes to brand or sponsored content. Reporting on the Youth Marketing Summit, Forbes suggests that “Gen Z audiences don’t care why they’re seeing the post so long as what’s in it feels real to them”.

Sarah Penny, head of content at Influencer Intelligence told Econsultancy: “TikTok is the platform Gen Z are gravitating towards, and considering this generation is just entering the workforce with their own incomes – as well as becoming the most populous generation this year – it should be a focus for brand marketers.”

This demand for ‘realness’ is why amateur and micro-influencer content is big on TikTok, with audiences seeming to care less (than those on Instagram) whether a video has been created by someone well-known. As a result, there’s little room for stilted or formulaic sponsored posts, with brands creating content about current trends or what people are sharing at the moment. Challenges are a big trend overall, which is why many brands have based their TikTok influencer campaigns around them.

Chipotle is one of the most successful examples; its first TikTok challenge, #ChipotleFlipLid, was created in partnership with popular influencer David Dobrik. The video, which involved no marketing messages or any real ‘brand input’, generated traction due to the addictive and fun nature of the challenge itself (combined with the popularity of Dobrik among young users). Chipotle credits TikTok with helping to boost its digital sales, which are up 99% in 2019 compared to the year previously.

It’s been suggested that TikTok is now in the same position that Snapchat was when it first entered the UK market. At the same time, however, TikTok’s trajectory towards advertising has been much quicker, with the platform already introducing ads and – just recently – a test for shoppable video posts.

For marketers, this has created an irresistible opportunity, with reports suggesting that brands are using TikTok in order to get a cut-price rate on campaigns – while still capitalising on the platform’s huge reach. This might be a good thing from a brand perspective, but at the same time, it has made it difficult for influencers on the platform to determine (and demand) their worth. This is made even trickier by the fact that TikTok doesn’t have a direct way for creators to make money, unless it is facilitated by a brand. Again, this is unlike other platforms like YouTube, where views can be monetised.

Regardless, brands are not yet throwing caution to the wind when it comes to investment in TikTok, as the platform has not been entirely devoid of controversy. Earlier this year, a BBC investigation revealed that TikTok influencers had been pressuring young users into sending money, supposedly in exchange for phone numbers or shout-outs on the app. Before this, TikTok was also subject to a fine for holding data of users under the age of 13.

Another issue on TikTok is regulation, or the apparent lack of it. Despite the fact that the same FTC regulations as other social media platforms apply (which state that content should be labelled #ad if it has been paid for), both brands and creators are less stringent than on Instagram. Buzzfeed suggests that “it’s rare to see a video tagged “#ad” on TikTok, even on videos that were definitely paid for.”

This is another factor that is unlikely to remain the same, with the increasing spotlight on TikTok eventually forcing brands and influencers to comply.

Overall, many see the potential of TikTok. Sarah Penny suggests that “the combination of TikTok not having many examples of branded content yet – and marketers themselves not necessarily being the demographic that the platform works for (as most people I know in their 30s don’t get it!) – means that the opportunity of the platform hasn’t fully been taken advantage of.”

Penny goes on to suggest, however, that “in 2020, this will change as the product evolves and marketers become familiarised with the ways in which it can work for them.”

Ultimately, it looks as though TikTok is on the verge of either growing as a more viable (and ultimately profitable) influencer platform, or perhaps somewhat predictably, faltering under the steady and unwavering success of Instagram.

N.B. Influencer Intelligence is part of Xeim and a sister company of Econsultancy. 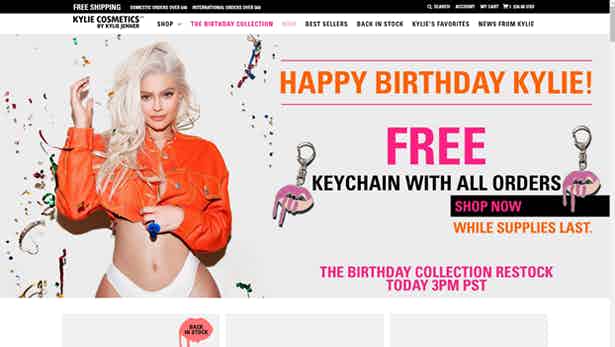