Super apps are a fixture in Asia but for all of their success in the East, they haven’t caught on in a big way in the West.

Could Uber change that?

The ride-hailing giant isn’t only in the business of moving people from Point A to Point B. Uber Eats, its food delivery business, surpassed a billion dollars in revenue last year, accounting for a double-digit percentage of the company’s overall revenue, and this year, the company expects to deliver more than $10bn worth of food.

Earlier this year, Uber merged the standalone Uber Eats app into the Uber app, a potential starting point for an attempt at becoming a super app. In fact, at the time, Uber CEO Dara Khosrowshahi stated that Uber was aiming to become “the operating system for your everyday life.”

The latest move in the super app direction was announced last week, when Uber unveiled Uber Money, “a team within Uber working on financial products and technologies that deliver additional value for the Uber community.”

Uber Money has been working on a number of new features and products, including one called Uber Wallet. According to the company, “With Uber Wallet, earners and spenders will now be able to easily track their earning and spending history, manage and move their money, and discover new Uber financial products all in one place. The Uber Wallet will start rolling out in the Uber Driver app in the coming weeks, and will soon start rolling out in the Uber and Uber Eats apps as well.”

Ride-hailing. Food delivery. A virtual wallet. Suddenly, Uber is looking a little bit like Gojek, one of Southeast Asia’s biggest super apps. Like Uber, Gojek started out with a transportation focus but soon after began leveraging its growing popularity to offer more services to users.

Today, the company offers access to more than two dozen services through its app. These include transportation services (ride-hailing for cars, taxis and motorbikes), personal courier services, and delivery services for everything from food and medicine to fuel. There’s a wallet that users can use to transfer money to each other, as well as to make payments to businesses. And a whole host of personal services, ranging from hair styling, massages and house cleaning, can be booked through Gojek.

While the breadth of services available through Gojek far surpasses what is available on Uber today, it’s not hard to imagine that Uber could rapidly expand the number of services it offers if it’s successful in driving adoption of Uber Wallet.

While Uber and Uber Eats are incredibly popular, it’s not clear that Uber customers are loyal enough, or the Uber app sticky enough, to give Uber a foundation on which to achieve super app status. Chinese super app WeChat began as a messaging app and is therefore incredibly sticky; it has more than a billion daily active users and 750 million of them open WeChat Moments every day, checking it on average more than 10 times.

Uber has over 90m monthly active users — an impressive figure to be sure — but with its transportation and food delivery focus, its app is nowhere near as widely-used.

Unlike WeChat, Gojek isn’t a messaging or social platform, but Gojek’s primary market, Indonesia, is very different than Uber’s primary market, the US. Whereas the US markets for services commonly offered by super apps in Asia, such as payments and ecommerce, was already quite developed when Uber launched, Gojek was able to take advantage of Indonesia’s less developed markets to rapidly expand its offering. Put simply, Gojek was filling voids in Indonesia that were never there for Uber to fill in the US.

From this perspective, it still looks highly unlikely that Uber will become a super app rivaling those in Asia, let alone “the operating system for your everyday life”. But that doesn’t mean it can’t be successful in its expansion of services. If it can use the popularity of its ride-hailing and food delivery services to drive use of its new wallet, it will have a fighting chance of expanding its footprint if it thoughtfully targets new markets.

Super apps: How the rest of the world is following in China’s footsteps 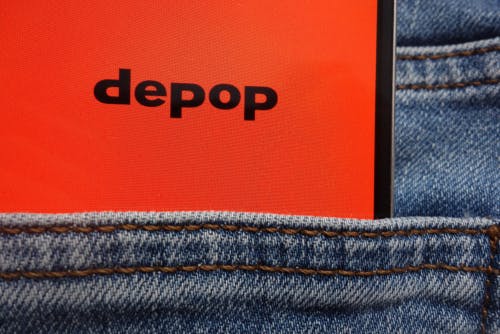