Entries for The Digitals 2014 continue to roll-in as the deadline looms ever closer. The best submissions feature inspiring and innovative case studies from the digital world.

It’s not too late to enter though. You have until 24 September 2014 for your chance to showcase your team’s finest work to the global digital and ecommerce community. Just click here for the entry form.

Perhaps you need some extra encouragement? A challenge, if you will.

Here I’ll be taking a look at last year’s winners, highlighting their triumphant victories and throwing down the gauntlet in order to see you puff up your chest, roll up your sleeves, remove your spectacles and say, “Oh yeah! Well we’ll see who’s the best!”

The Huffington Post UK won the Ad Campaign award at The Digitals last year thanks to its dynamic and smartly targeted ‘Conversation Starts Here’ campaign. Thanks to unique content-led creative, featuring a host of celebrity bloggers, a complex system of segmentation and innovations in real-time delivery, HuffPost leapt from ninth to fifth in the news market.

Monthly unique visitors nearly doubled from 2.7m to 4.5m across 2012 and advertising directly delivered an excess of 1.7m unique visits, which was 70% more than target. The campaign delivered exponential traffic growth, amplified brand recognition, and cemented HuffPost us as one of the UK’s biggest news brands.

Ikea won the Mobile Marketing award at The Digitals last year thanks to an interactive app, which used technological and storytelling innovation to transform the world’s oldest direct marketing campaign: the IKEA catalogue.

Using augmented reality, all the customer needs to do is place the catalogue in any space within their home, activate the app, and they can see exactly how a virtual Billy bookcase or Ektorp sofa fits into the environment.

Globally, the app was the number one downloaded marketing app for a brand in 2012 and the catalogue received three times the attention of the previous year’s.

Legal & General Investments won the Web Analytics and Optimisation award at The Digitals last year thanks to its ‘data first’ strategy which led to L&G outperforming its own paid search performance in the ISA category the previous year.

Working with Greenlight it used its data insights on ISA related search terms, and the consumer behaviours linked to them, to deliver paid search ads exponentially more engaging than those used a year previously, resulting in a 432% increase in clicks with just 66% more budget. The data insights also allowed for creatively tailored and compelling messaging to attract prospects serious about investing in ISAs. This led to a 209% increase in CTR, increasing Quality Scores and contributed to a reduction in average year-on-year CPC rates of 220%.

This demonstrates that taking a proactive approach to paid search and using web analytics in innovative ways can drive serious competitive advantage.

The American Red Cross won the Charity and Not for Profit award at The Digitals last year thanks to its hurricane app which revolutionised how the Red Cross engages with people and communicates preparedness information in a disaster scenario.

Working with 3 Sided Cube, the platform was a brand new way for Red Cross to communicate. Providing real-time solutions during a hurricane and enabling users to contact loved ones, find the nearest shelter and track the storm. The app also allows for the real-time addition of much needed content (such as food/shelter locators and open gas stations) which is critical in the wake of a disaster.

The app is innovative because it has responded to the paradigm shift in how people communicate and receive information; it provides users with a means of accessing essential information as and when it is needed, rather than relying on people to sign up to a course on preparedness, or read a leaflet that is likely to be ignored.

The app resulted in a 900% increase in engagement with Red Cross preparedness information compared with previous methods.

More importantly Red Cross was able to use geo-targeted push notifications to give the right people lifesaving information in times of crisis.

City Index won the Financial Services award at The Digitals last year with its social media web series ‘Trading Academy’, a series designed to teach anyone how to trade the financial markets successfully.

The Trading Academy pitted eight wannabe traders against the financial markets for the chance to win £100,000, mentored by experts at City Index.

For an industry renowned for its confusing jargon, elitist overtones and techy tutorials, Trading Academy was a breath of fresh air.

The colourful cast of contestants contrasted well against the expertise of the mentors, with the boardroom dramatics playing host to valuable lessons in how to trade.

Trading Academy was a resounding success for City Index. Besides being the best ever month for account openings, it also boosted organic search rankings and became the most socially followed brand in the sector.

Here are just some of the wins: 20m impressions generated by the #TradingAcademy Twitter feed, 1m total number of views across all content channels, 1,443% increase in social referral visits, 81% increase in unique site visitors  and 60% increase in PPC acquisition for brand terms.

RS Components won the Email Marketing award at The Digitals last year thanks to its fully automated email process.

RS Components found that a lack of relevant content was resulting in a 48% bounce rate from the email traffic that it achieved from sending around 3m messages per month. To remedy this problem the company overhauled its email marketing in 2012 using different behavioural targeting techniques.

In order to achieve its goals quickly and economically, RS Components needed to first improve its architecture, constructing and transmitting regular data update feeds from across the business to its email campaign delivery software.

The four most successful new campaigns were:

In the first 12 months, it achieved an ROI of 40:1 and it’s currently driving an ecommerce sales share of 54%.

Kern & Sohn won the B2B award at The Digitals last year with its ‘Gnome Experiment’. Working with OgilvyOne, Kern & Sohn used a twist on the travelling gnome prank. Scientists were charmed by the spirit of the project (it certainly stood out from the offer-lead corporate communications they typically receive) and they sought to participate.

Once they received the gnome, they happily escorted him to landmarks for photos – they even sent him from one laboratory to another, from the South Pole to the CERN particle collider.

As the gnome travelled, each world-famous institution acted as a highly credible endorsement for Kern.

Within two days the story had reached an audience of over 355m in 152 countries, with three requests every minute from people wanting to weigh the gnome.

After one month 16,386 websites had linked to GnomeExperiment.com, pushing Kern to the first Google SERP for ‘precision scales’ in all five key markets (up from an average of page 12) resulting in a 21% sales uplift and a 1,042% ROI.

ASOS won the Social Media award at The Digitals last year thanks to its innovative series of live Twitter games which entertained its community and created genuine, organic social buzz to the tune of a 120m total reach, a 133% increase in Twitter following and a 774% increase in hourly sales attributable to Twitter. Since the time of its award win in June 2013, ASOS’s Twitter following has risen from almost 20,000 in May, to a current 731,000, meaning that ASOS is quickly catching up to longer running rivals Topshop and giving H&M UK a resounding trounce.

Check out these previous award winners by category:

And don’t forget to enter The Digitals and showcase your finest work, your team and your clients to the global digital marketing and ecommerce community. 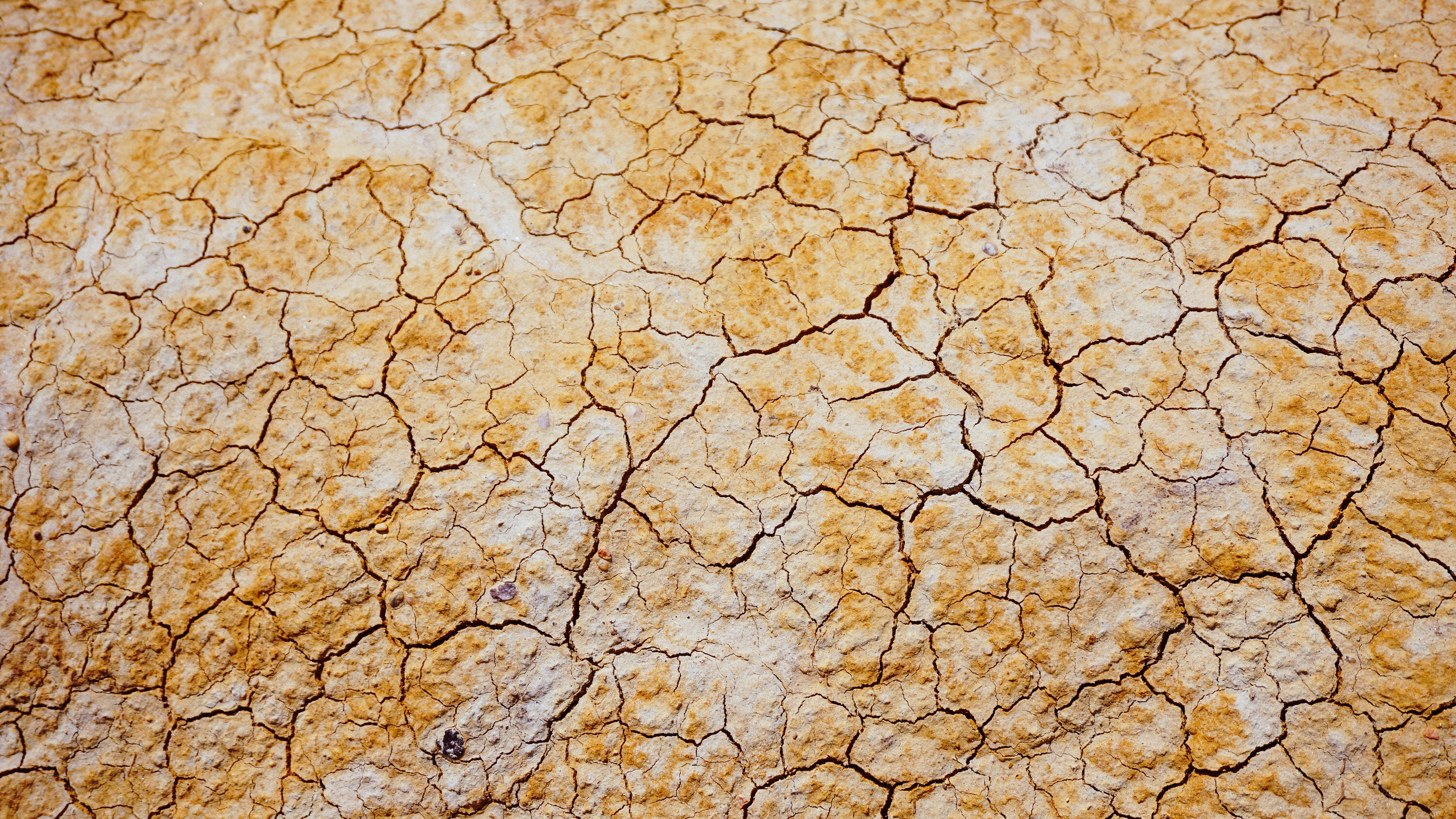 Chief marketing officers (CMOs) and chief information officers (CIOs) traditionally work in silos, but digital disruption is giving rise to an increased need for alignment and collaboration to gain a competitive advantage in today’s marketplace.

This C-suite relationship is improving to meet the needs of today’s digital consumer, but there are still many obstacles yet to overcome to create an effective team that will drive value for the consumer and new revenue for the business.

Guess what? You’re not in the business you think you’re in.

I don’t mean this like one of those these-are-not-the-droids-you-are-looking-for Jedi mind-tricks but as a statement of fact.

No matter what else you may do, if you rely on digital technology, and who doesn’t, then you are in the software business too.

Time tracking is a fact of agency life. You do some work, you record your time. This is logical because you’re charging by the hour: tot up the hours done at the end of the month and you can send an invoice.

But time tracking is something that in-house marketers seem to have never got on with. Surely the only point of doing it is for management to monitor how long your tea breaks take?

If they introduce time tracking, what will the next step be? Rationing of biscuits? A maximum number of loo breaks?

This idea misses something very important: for some activities tracking time is the only way of measuring and improving return on investment.

And at the end of the day, that’s what your boss (and his boss) care about.