Yet in practice, these interfaces often fail to live up to expectations. According to data from Alpine.AI, just 6% of users who download voice-first applications (including Alexa Skills and Google Home Actions) will be actively using them by the second week.

Often, conversational interfaces aren’t flexible enough to accommodate variations in user requests, resulting in frustrating error messages. At other times, they might try to seem human, but aren’t personable or engaging to interact with. Sometimes, they just plain don’t understand the question.

A marketer’s guide to chatbots

Purna Virji, Senior Manager of Global Engagement at Microsoft, argued in a presentation at Brighton SEO that for people to truly adopt conversational interfaces, the user experience needs to be better than any other existing options.

Laziness is embedded in our nature – we all have a lot more “Homer Simpson” in us than we like to admit. She quoted Nobel prize-winning Israeli-American psychologist Daniel Kahneman, who said that, “If there are several ways of achieving the same goal, people will eventually gravitate to the least demanding course of action.”

In many scenarios, being able to pose a single question to an app or website would be much quicker and easier than performing multiple searches for information – but although apps and websites contain all the necessary information, they’re unable to present it in a convenient way.

In her presentation, Virji laid out a set of principles for building more effective conversational interfaces which she dubs the ‘four Cs of CX’ – Clarity, Character, Compassion, and Correction – together with practical tips for incorporating these principles into your chatbot or voice assistant.

Here are four principles for building a conversational interface that works.

Virji explained that two theoretical systems govern how we make choices: fast, emotional and intuitive (in keeping with the Simpsons theme, Virji dubbed this the “Homer stage”) and logical, deliberate and slower (or the “Lisa stage”).

In order to maximise customer conversions, interface designers want to make sure that customers stay in their “Homer stage”, where everything is frictionless, intuitive and easy. Once they shift into their “Lisa stage” and start to slow down and reason, scepticism and negativity creeps in.

We are either Homer Simpson or Lisa Simpson when it comes to voice search and we should design for the Homer in us according to @purnavirji at #BrightonSEO pic.twitter.com/zJJJXVak3W

By introducing clarity to your conversational interface, Virji advised that you can ensure customers spend less time trying to figure out what you mean, and more time doing the things they want. You should present clear choices and pose concise questions.

For example, rather than asking the user an open-ended question (“What would you like to do?”), prompting indecision and making them pause, you should give them three options to choose from (“Would you like to do A, B, or C?”).

If it isn’t possible to narrow the user’s response down to a list of options, you can pose an open-ended question and then give an example of a response, which helps the user know how to phrase their reply to get the intended result. An airline chatbot might ask, “Where are you flying from and to? For example, London to New York”.

To plan out these interactions, Virji recommended writing sample dialogues and roleplaying conversations before you start coding your bot or voice agent. By doing this, you can clarify where you expect an interaction to go, normalise your bot’s responses, and understand where customers might encounter sticking points.

What kind of character does your bot have? Virji noted that people prefer a virtual agent with an easy-to-perceive personality. All voices have a persona, whether we intend them to or not – therefore, by deliberately building a character into your interface, you can control what persona the user perceives, and make it memorable and interesting.

Design your voice apps and bots as though they were another human. Envision their personality when writing for them. @purnavirji #BrightonSEO #CX #VoiceSearch

The personality that your bot should have depends heavily on what its purpose is – and also what your brand persona is. A funny, irreverent bot will certainly be memorable, but it may be for the wrong reasons if it jars with the tone that people have come to expect from your brand.

After the talk, María Hardie followed up with a query on Twitter about whether bots’ personalities need to bear in mind cultural differences, and Virji responded with some useful advice:

“If it makes sense, and the rest of the brand’s tone and voice is customized per region, then voice personality should follow too. It should always keep in mind local parlance (e.g. zip vs pin code).”

“Take your clues from the alerts your app sends. How do you phrase things differently now? If you do make changes, then carry them forward to voice. Take what’s proven to work already and make it conversational – then you can tweak and finesse.”

Thanks Maria! ???? If it makes sense and the rest of the brands tone and voice is customized per region, then voice personality should follow too. It should always keep in mind local parlance (Eg zip vs pin code)

Compassion: Give your bot a heart

Though your bot might be little more than a set of automated responses, it’s still possible to build in some empathy. For instance, when interacting with a banking bot, if a user tries to carry out a transaction that would take them into their overdraft, their bot should warn them about it – in much the same way that a human would. Users will appreciate this kind of consideration.

Another way to give your conversational interface some heart is through incorporating small-talk. People love to make chit-chat, said Virji – but bots typically struggle with it.

Designers should build in “small-talk scenarios”: responses to common, trivial questions that help to avoid the dreaded “Sorry, I don’t understand” dead end. (More on avoiding that dead end in the next section).

This can be incorporated into the roleplaying and scripting stage mentioned in the first section – and is a great opportunity to showcase your bot’s character.

Incorporating jokes or responses to trivial questions into your conversational interface might seem like a waste of time – but people will inevitably try asking a bot silly questions, and are always delighted when they get a response. Just Google “Siri jokes” or “Siri Easter Egg” to read the assessments of the many quirky responses that Apple has programmed into its signature voice assistant over the years. 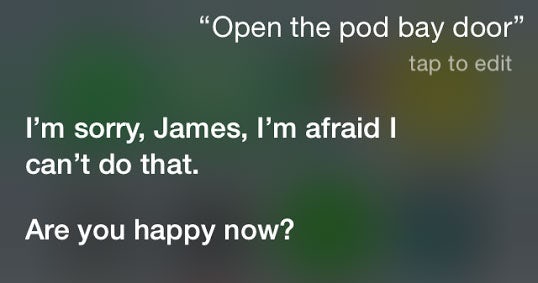 Image by The Daily Telegraph

Correction: Get back on track

Every chatbot or voice assistant has a default response programmed in for when they don’t know how to respond – usually something along the lines of “Sorry, I don’t understand” or “Sorry, I’m afraid I don’t know the answer to that”.

However, people don’t like it when a bot keeps saying sorry – it feels very repetitive, and is also a conversational dead end. Virji gave some tips in her presentation on how to keep the apologies from your bot to a minimum.

One way to avoid “Sorry, I don’t understand” is to offer alternatives. Instead of shutting down the conversation, keep it moving. So, if a customer of your pizza chain orders a “Meat feast” and you don’t offer that topping, your bot can say, “I’m sorry, we don’t have that type of pizza. Would you like to order a pepperoni pizza instead?”

Or, if your bot misunderstands the user, you can programme it to course-correct: confirm that it made a mistake, and move the interaction forward.

Overall, said Virji, these are all things that we know how to do, and in a human conversation, we do them naturally. The secret to creating an effective conversational interface is just to be conscious of them, and build them in.

How to carry out a technical SEO audit: Tips for beginners 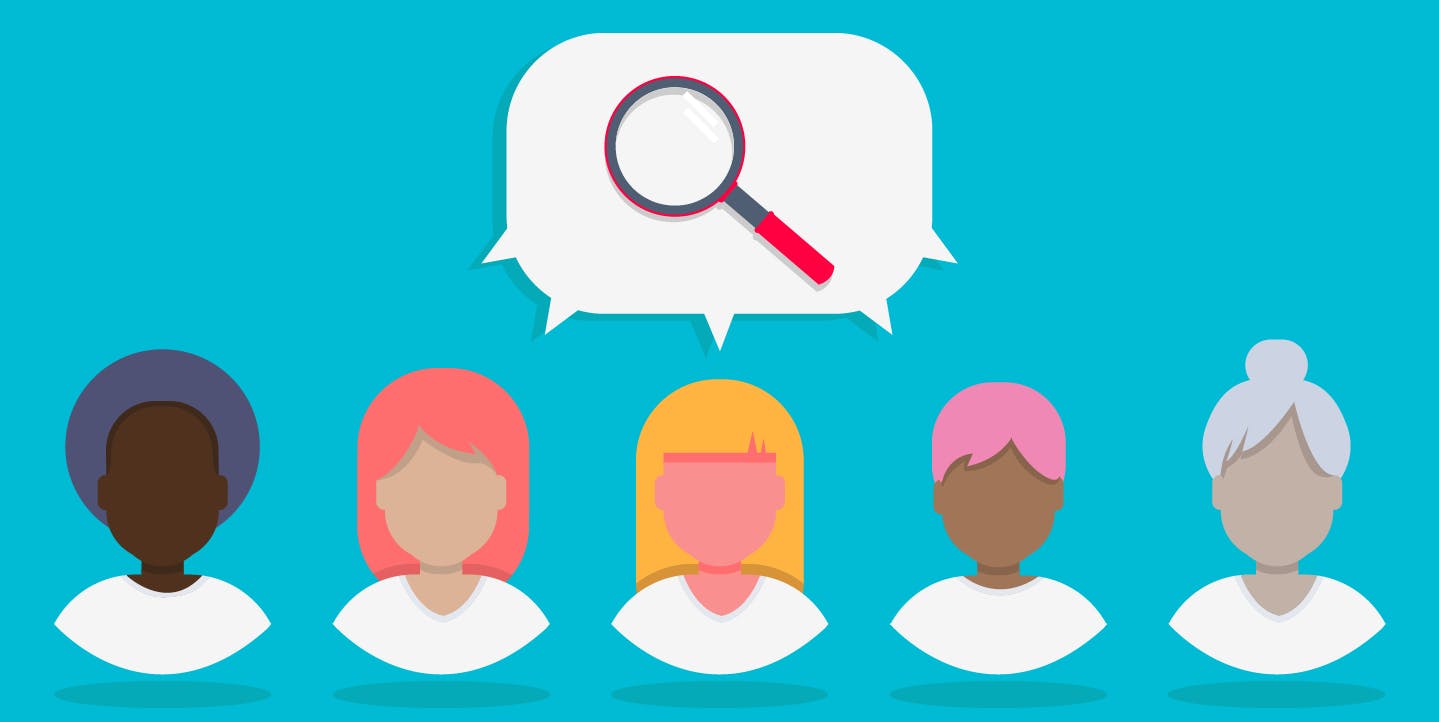 As human beings, we use our voices for conversation. When we interact with voice interfaces, therefore, our natural instinct is to apply the same rules that we would to a human conversation.

We expect to be understood, but more than this, we expect the entity we’re conversing with to remember the history of our conversation and understand the context of any following remarks. 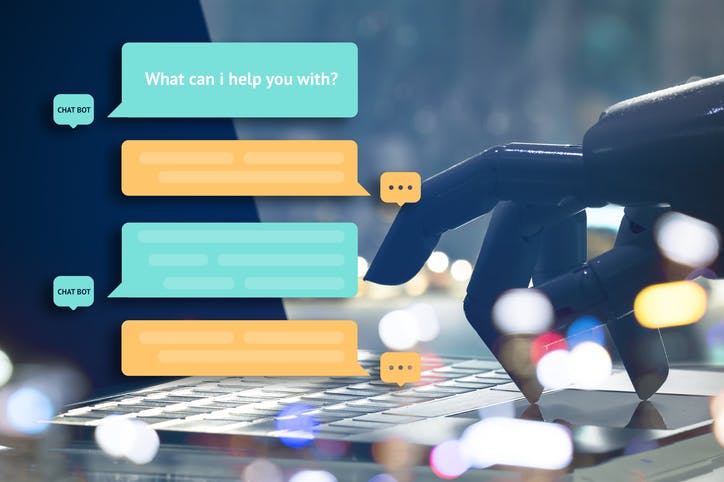 Chatbots have exploded over the past few years, leading Gartner to predict that 80% of marketers will use chatbots by 2020, and that the technology will power 85% of all customer service interactions by that time.