It remains to be seen whether tablets are the future of publishing or not, but one thing is undeniable – they will be an increasingly important part of the publishing landscap

So it’s no surprise that major publishers like Conde Nast have been investing heavily in making sure their publications are available on devices like the iPad.

Now advertisers are starting to reap some of the benefits of that.

As reported by Ad Age, the publisher of magazines like Glamour, Vogue and GQ, is now providing some of its advertisers with data collected from the tablet editions of their magazines.

The metrics provided include the number of paid subscriptions and single-copy sales, the number of readers who opened the issue and how many times they opened it and the amount of time spent reading.

In addition, “Each marketer that pays Conde Nast for a premium ad or at least a hotlink will get even more interesting information: how many readers accessed its individual ad, the total number of times that ad was displayed, the average time readers spent on it, and how all those results compare with the issue’s advertising as a whole.”

Advertisers, unsurprisingly, are pleased. “It’s been a very long two years without a trace,” one told Ad Age. “There is no doubt this is not only a good move but the right move.”

There’s still room for criticism, however. Some advertisers are non-plussed that Conde Nast is only providing data to premium advertisers. The data should be shared with all advertisers, they argue, so that they can create better ads and experiences.

It’s a good point: in theory, everybody should benefit when more data is collected and shared with those who have a direct interest in it. So it’s not unreasonable to expect that at some point in the future, the data will be shared more freely with non-premium advertisers.

For obvious reasons, that’s encouraging to magazines, many of which have struggled to monetise. The challenge now will be to figure out how to translate this data into dollars. 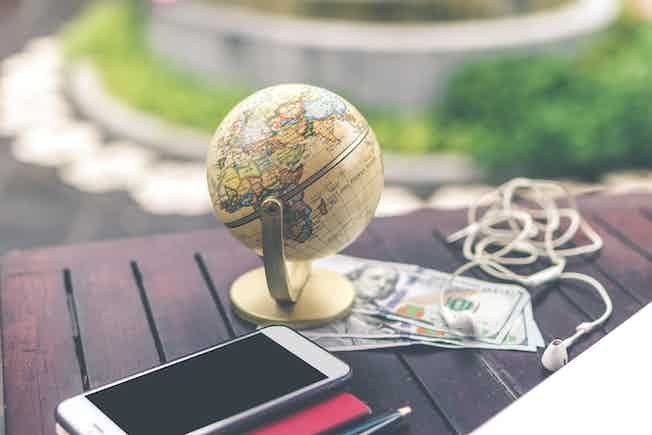 As retailers begin to ramp up their online presence overseas, two weeks ago at a conference in San Francisco I was asked to examine the benefits – and challenges – of international e-commerce.

Entitled: The Global Push, I took the audience through a statistics rich presentation that should be an aid to any brand considering global e-commerce expansion.

For those of you who weren’t there, Fiona Gandy, Key Account Manager at 7thingsmedia, will cover a rundown of the session, summed up in seven takeaway tips. Developers hoping to cash in on the app gold rush today face a harsh reality. Competition is fierce, standing out can seem like an impossible task and well-heeled companies are capable of producing bigger and better apps more rapidly than ever before.

Even so, app store success stories like keep developers going.