Data suggests that the UK health and beauty industry is now worth £4bn, with sales of cosmetics increasing £55m from 2016-17 alone.

In the US, the demand for beauty is (naturally) even bigger, with the sector expected to rise from $80bn to a whopping $90bn by 2020.

This growth is said to be down to the ‘selfie’ generation, with today’s consumers increasingly looking to visual social media platforms like YouTube and Instagram for beauty inspiration. Unsurprisingly, beauty brands are turning away from traditional advertising and onto digitally-focused marketing in order to capture their attention.

With this in mind, here’s a run-down of some of the best examples of content marketing from cosmetics and beauty brands.

No brand has had a bigger impact on beauty in the last couple of years than Fenty. The company – which is owned by Rihanna – launched in 2017 with a 100% digital campaign, largely geared around Instagram and influencer content.

Built on a ‘beauty for all’ concept, Fenty launched its foundation in 40 different shades, thereby setting the tone for its inclusive, body positive, and diverse marketing. Combining reviews and testimonies for industry professionals, models, and every day fans – its unique Instagram strategy drew in 1.4m followers within just four days.

How digital is shaping customer experiences in the beauty industry

Fenty continues this approach across digital channels, also using YouTube tutorials and other forms of content to generate engagement and hype around each new product launch.

Content marketing has been at the heart of Birchbox’s strategy from its launch in 2010, with the brand placing just as much focus on helpful and informative content as it does the products themselves.

Its online magazine offers a constant stream of how-to’s, tutorials, and DIY-related articles – aiming to instil desire for the product as well as increase value for existing subscribers.

Birchbox cleverly uses the theme of each monthly box to inform content. For example, the below article relates to the ‘mermaid’ inspired design and products found in the August 2017 box. 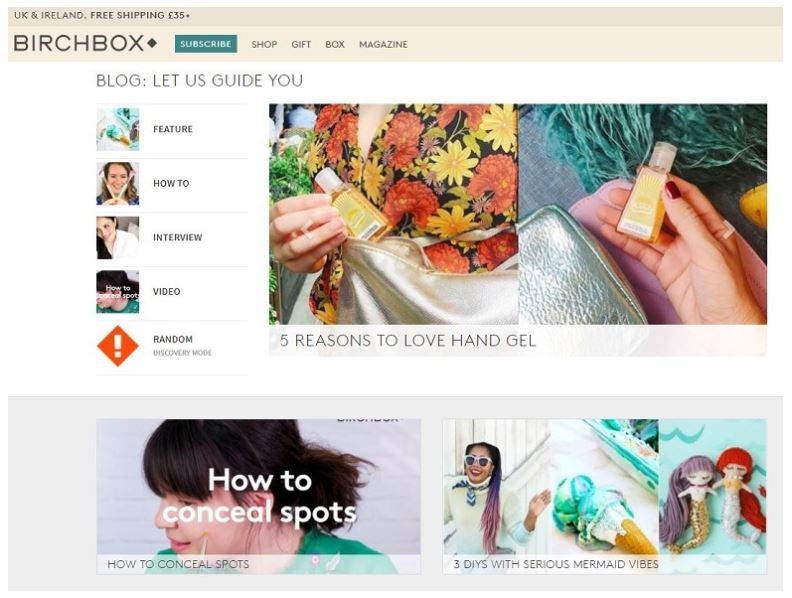 Despite brows being just one step in a make-up routine – eyebrow products are big business. According to NPD, Benefit Cosmetics had a 50% share of the £20 million brow market in 2016, and that was before the brand launched 13 brand new brow-related products.

One reason behind Benefit’s domination of the space is its shrewd marketing activity, which in 2017 involved the ‘Browmobile’ campaign. Combining experiential elements with digital marketing, it involved an online competition offering users the chance to win a visit from the browmobile. A lucky few would be able to enjoy a personalised brow tutorial, treatments, and a hamper of Benefit goodies.

The online competition page reportedly generated 61,000 unique visitors, plus a tonne of buzz and engagement on social media.

L’Oreal-owned NYX has generated an almost cult-like following in the past couple of years, mostly thanks to its clever digital strategy.

As well as relying on user-generated activity, its annual Face Awards enables it to capitalise on the wealth of associated video content on social media platforms.

The Face Awards is an online make-up competition for beauty vloggers, where anyone can enter by creating a video showcasing their make-up skills. The competition culminates in the ‘Beauty Vlogger of the Year’ award, with the finalists and eventual winner being decided by the audience.

Not only does the competition increase general awareness of the NYX brand, but by involving the audience throughout, it gives them something to truly invest in.

Meet our 2017 #FACEAwards Top 6! ???? These talented beauties will be competing for Beauty Vlogger of the Year on 8/19 at @ShrineLA! ???? pic.twitter.com/raDc8XzPVq

L’Oreal has been shifting its focus online in the past few years, reportedly allocating 30% of its media spend to digital channels in 2016. One of its biggest digital initiatives has been the ‘Beauty Squad’ campaign, which involves a number of influencers creating YouTube videos and articles on the latest beauty trends.

Creating content for both L’Oreal’s website and social channels as well as their own, the campaign has allowed the brand to capitalise on the influencers’ combined reach of 5.5m.

Meanwhile, it gives L’Oreal the opportunity to create the kind of content that users are searching for online – which is mainly beauty tips, advice and tutorials.

For a brand with less than 30 products, Glossier generates a huge amount of engagement online. Borne out of ‘In the Gloss’ – a blog which founder Emily Weissman launched in 2010 – it is described as a ‘content-first’ company, with this content mainly manifesting itself on social media.

Glossier’s Instagram channel, which is integrated into its main site, is at the heart of its strategy. Here it posts sneak peaks of new releases and influencer content, however, it dedicates a large portion of its activity to user generated content– re-posting photos and turning real-life customer feedback into content for its own channels. We’ve seen many beauty brands use content to champion and empower women – an honorary mention goes to Dove and its Real Beauty campaign. However, I’ve chosen to include Lancôme as a slightly underrated example, specifically its ’40 shades, 40 powers’ campaign from 2017.

To celebrate the fact that its best-selling foundation is now available in 40 colours, it created a series of four videos featuring 40 inspirational women including director Gurinder Chadha and Olympic cyclist Laura Kenny.

Powered by storytelling, the campaign cleverly taps into and celebrates the diversity of its target audience. Rimmel is another brand to celebrate diversity in content marketing, with this campaign coinciding with the brand’s change in strapline from ‘get the London look’ to ‘live the London look’ in 2017.

While there’s nothing particularly ground-breaking about the content itself, the decision to feature a male blogger was a clever way to generate interest, and in turn, meant the brand’s new positioning would be well-promoted.

Haircare brand Bumble and Bumble often posts helpful tutorials and how-to’s, and has recently taken this one step further with a collaboration with lifestyle and fashion publisher, Coveteur.

Capitalising on the expertise and authority of Coveteur staffers, it separates hair struggles into four distinct categories, and provides the solution with helpful videos, tips, and the products to use.

By cleverly mixing content and commerce, it naturally prompts consumers to buy the recommended products there and then. Skincare brand Aesop prides itself on creating unique and original retail spaces, with each one deliberately designed to be different.

Aesop’s digital microsite, Taxonomy of Design, aims to reflect this by telling the stories behind its global stores. It offers information on the processes and materials that go into each one, and features interviews with designers and collaborators who have worked on the stores in question.

A beautifully designed site in its own right – it’s pretty easy to get lost browsing around. However, by pointing users back to content on the main Aesop website, it is able to deliver on its original purpose of promoting the core brand. Why beauty brands are betting on augmented reality 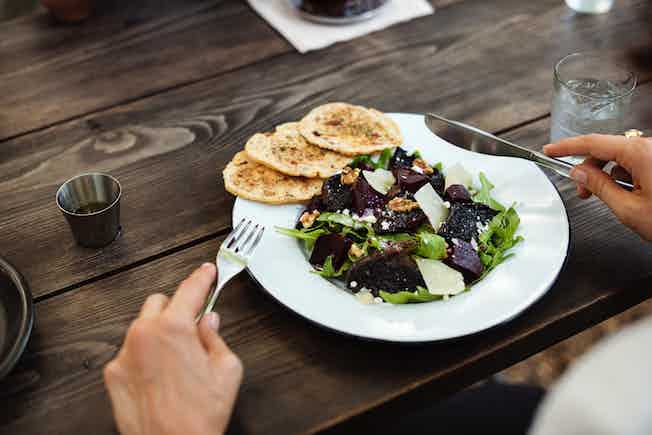